How to Draw a Basking Shark 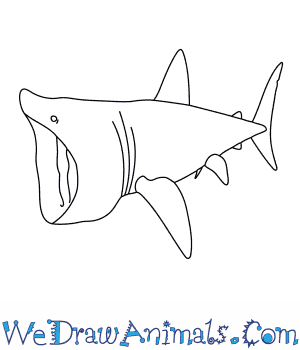 In this quick tutorial you'll learn how to draw a Basking Shark in 6 easy steps - great for kids and novice artists.

At the bottom you can read some interesting facts about the Basking Shark.

How to Draw a Basking Shark - Step-by-Step Tutorial 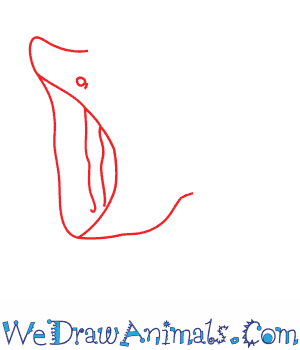 Step 1: The Basking Shark is a large fish that is not dangerous to people. Let's start with the head and mouth. Use a rounded point at the top for the nose, and bring a line down. Use a round half circle for the mouth, they eat by swimming with the their mouth open to catch smaller fish. Add a few wavy lines inside for detail. Lastly, add another line across the bottom. 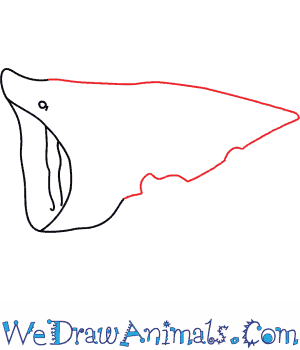 Step 2: For the body, draw a long cone shape with a few bumps along the bottom. This will be for the fins. 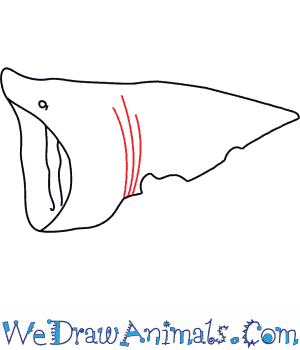 Step 3: For the gills, draw three long lines curving around the body. 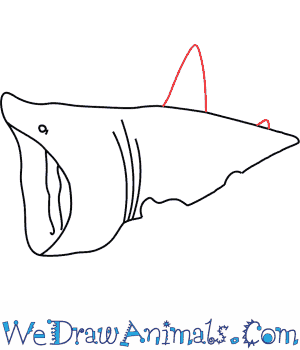 Step 4: Now its time to add the top fin that sharks are so famous for. Add a triangle at the top and another much smaller triangle near the back for the second fin. 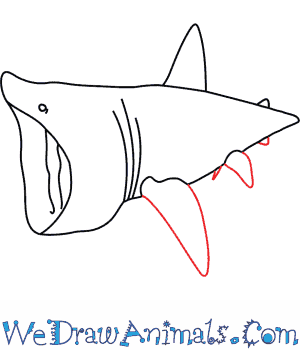 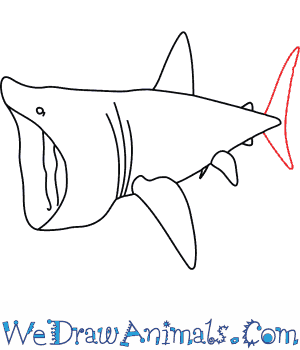 Step 6: For the tail fin, draw a large triangle at the end of the body. These fish can grow up to almost 60 feet long! Color the Basking shark light gray or blue.

Interesting Facts about the BASKING SHARK

The Basking Shark is a member of the fish family and the scientific term for them is Cetorhinus maximus. This species gets its name because it is usually seen basking in the sun as it skims plankton on the surface of warm water. The name Ceto-rhinus is a Greek word for “monster-nose” and the Latin maximus means “greatest.”

This animal is harmless to humans since they eat plankton as whales do. They are slow-moving fish that are found in temperate areas of the ocean. Their mouths are very large, and the gills almost encircle their head. Sometimes they follow each other in a single row moving in circles, which may be a mating ritual. Since there are so few of these creatures, they’re vulnerable to extinction. 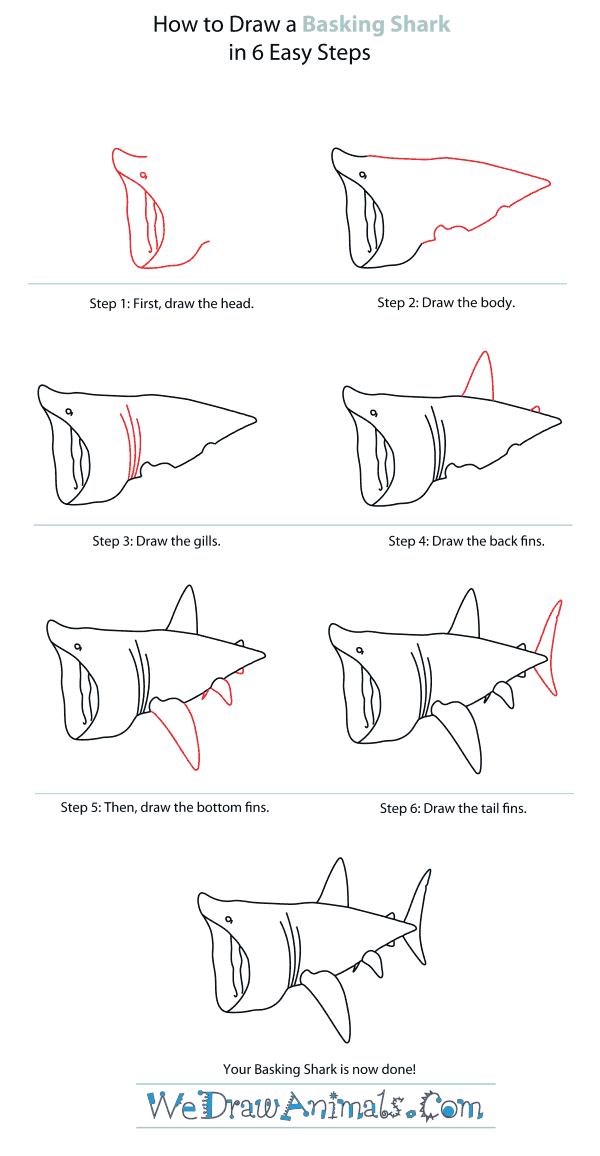 How to Draw a Basking Shark – Step-By-Step Tutorial