How to Draw a Blue Jay 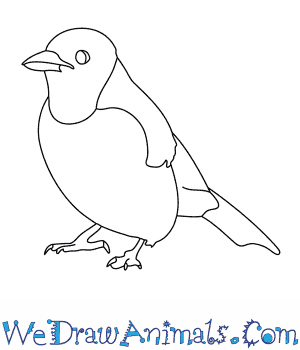 In this quick tutorial you'll learn how to draw a Blue Jay in 8 easy steps - great for kids and novice artists.

At the bottom you can read some interesting facts about the Blue Jay.

How to Draw a Blue Jay - Step-by-Step Tutorial 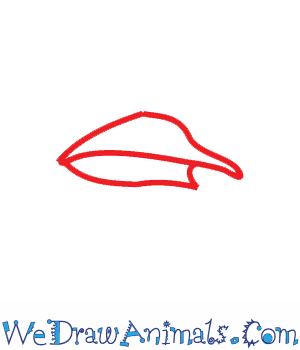 Step 1: The Blue Jay, also known as the Jay Bird, is a small common bird in North America and South Canada. Let's begin drawing one by drawing the beak first. By making a pointed triangle with a line in the middle for the mouth. The Blue Jay feeds on nuts, seeds, fruit, acorns, and insects. 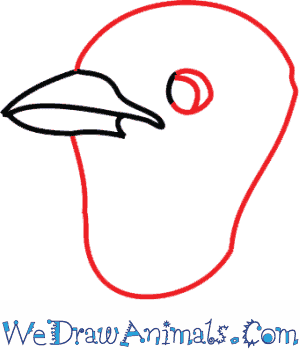 Step 2: For the head, draw a light bulb shape around the mouth. Add the eye in by making a circle with another smaller circle inside for the pupil. 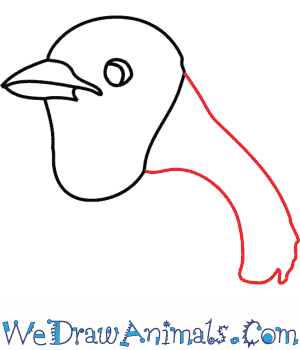 Step 3: Now, start drawing the body with the back first. Draw a curved line downward and make a few small curves. Now, bring another arced line down from the bottom of the head. 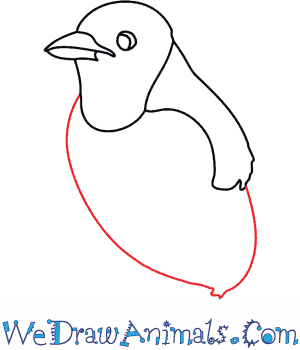 Step 4: For the tummy, make a large almond shape to come down way under the head and neck. Notice the small fluffy feathers at the bottom. 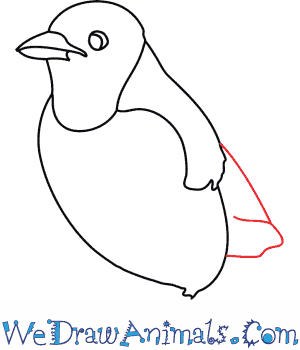 Step 5: To add the wing, draw a small cone shape at the bottom right with another line inside for the feather detail. Blue Jays have a wingspan of almost 1.5 feet and can fly up to a speed of 25 miles per hour! 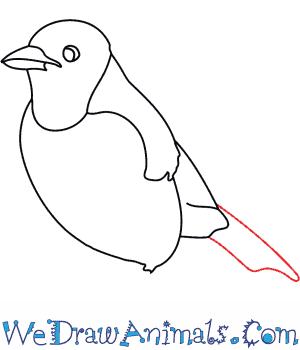 Step 6: Now add the tail feathers by drawing two lines down at an angle with a feathery point. 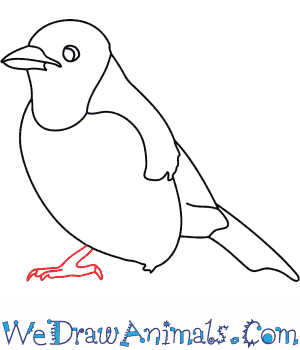 Step 7: Draw the first leg, draw a small tube shape and add a few toes with sharp claws at the ends. 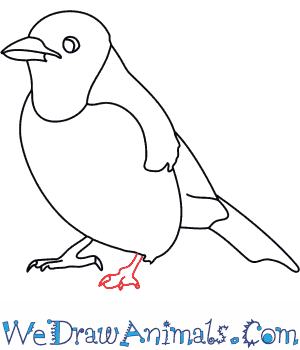 Step 8: Now, add another small foot in front of the first. Color the bird blue on top with a crest on the head, and white on the bottom.

Interesting Facts about the BLUE JAY

The Blue Jay is a member of the bird family and the scientific term for them is Cyanocitta cristata. The name comes from the animal’s tendency to be vocally loud. Another common name for this species is the Jaybird.It is native to North America in the eastern and central United States in addition to southern Canada.

They are blue on top with a crest on the head, and white on the bottom. It breeds in forests and in trees of residential areas, feeding on nuts, seeds, arthropods, fruit, acorns, vertebrates, and insects. There are not many of these creatures, but they are the least concern for a possibility of extinction.

How to Draw a Blue Jay – Step-By-Step Tutorial