How to Draw a Belted Kingfisher 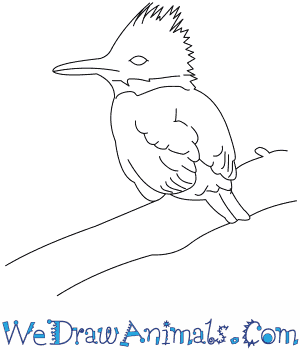 In this quick tutorial you'll learn how to draw a Belted Kingfisher in 7 easy steps - great for kids and novice artists.

At the bottom you can read some interesting facts about the Belted Kingfisher.

How to Draw a Belted Kingfisher - Step-by-Step Tutorial 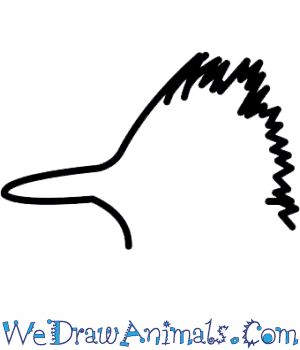 Step 1: Draw the head. There is a short sideways "V" that makes the beak. From the top of the beak line draw a curved jagged line up and then down to the right. 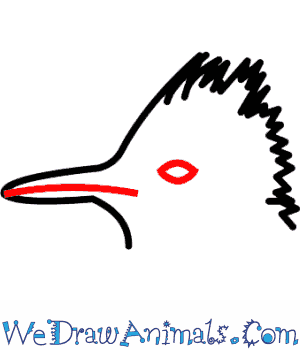 Step 2: Next draw a straight line along the beak to make the mouth. At the end of that line draw a circle to make the eye. 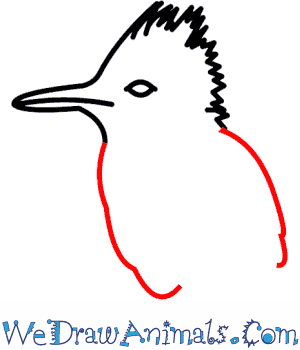 Step 3: Continue the bottom beak line down to make the belly line. Curve it down and slightly to the right. From the right side of the head line draw another curved line down and curve it to the left at the bottom. 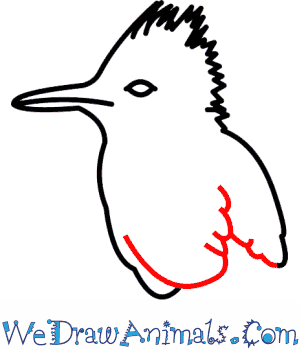 Step 4: Now draw the wings. Draw two round "U" shapes between the belly and back lines. Add small bumps to make the feather lines. 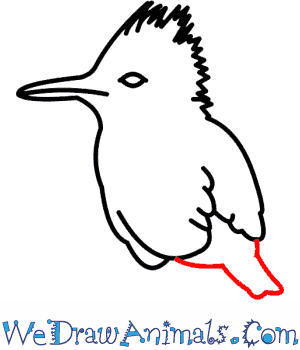 Step 5: From the bottom of the two wing lines draw the tail. The two lines come together to make a squarish tip. 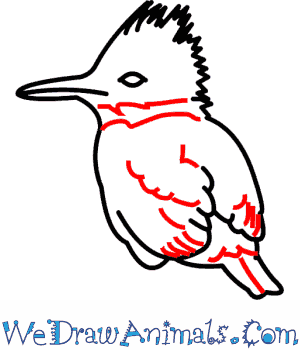 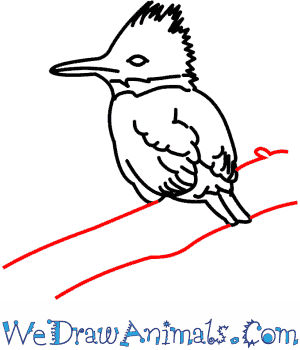 Step 7: Lastly, draw a line at the bottom of the body line. Draw another line under the first line. This is the tree branch that the kingfisher is perched on.

Interesting Facts about the BELTED KINGFISHER

The Belted Kingfisher is a member of the bird group and the scientific term for them is Megaceryle alcyon. This species gets its name from the brownish orange band across its belly, and the way that they dive head first into the water after a fish – the most efficient fishing method. It is mostly a white bird with a blue head and body. They are a thick and medium size, with long feathers on the head, and a long thick beak.

They live at habitats of water in North America, where they exhibit seasonal migration. Some individuals do not pursue warmer climates in the Winter, and others migrate too far, such as at remote islands. Nests are burrows made underground by the water, with babies above the entrance level so that they do not drown if the water rises. These animals have a low population amount, but are considered to be the least concern for the possibility of extinction. 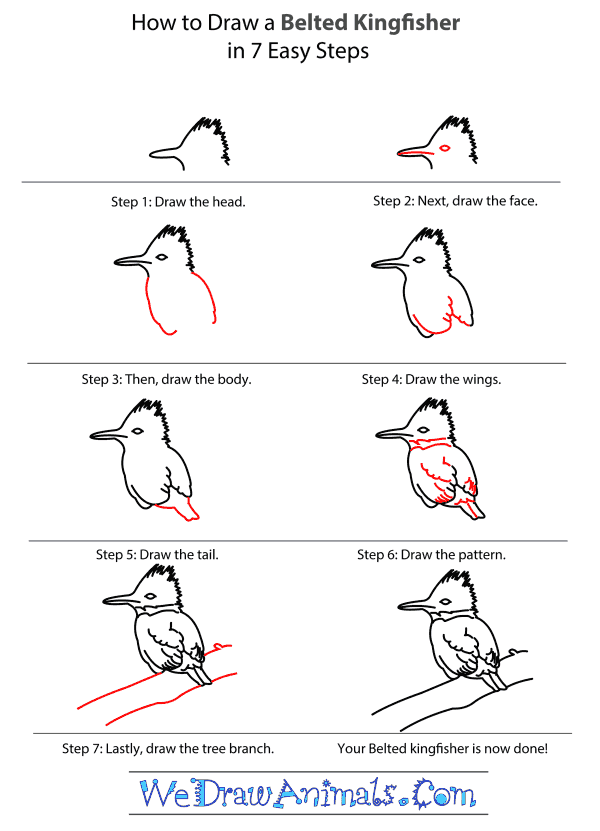 How to Draw a Belted Kingfisher – Step-by-Step Tutorial