How to Draw an American Marten 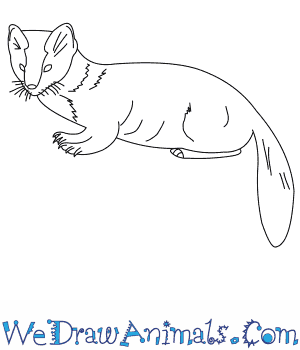 In this quick tutorial you'll learn how to draw an American Marten in 8 easy steps - great for kids and novice artists.

At the bottom you can read some interesting facts about the American Marten.

How to Draw an American Marten - Step-by-Step Tutorial 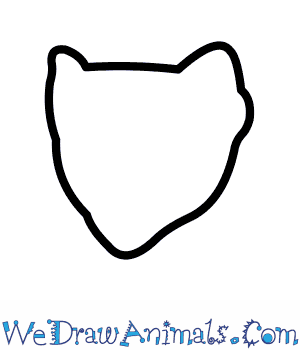 Step 1: Start by drawing the head. It is like a round triangle with a straight line across the top with two round points at the ends to make the ears. Draw the two side lines down to make a rounded tip. This is the snout. 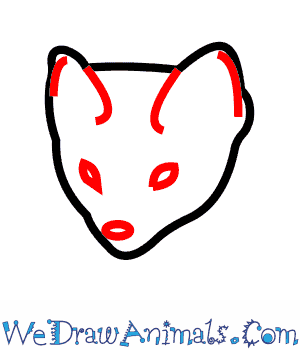 Step 2: Draw two rounded lines on each of the ears. At the tip of the snout draw a circle to make the nose. Above the nose draw two small oval shaped eyes. 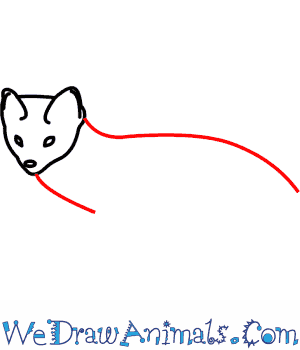 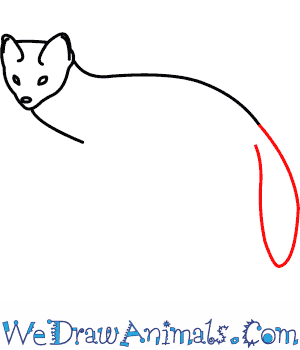 Step 4: Continue the right body line down into a long looped tail. 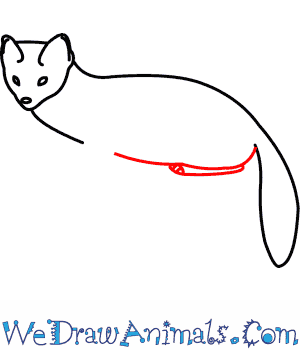 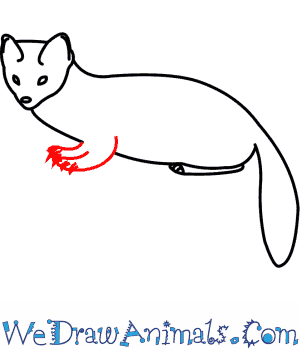 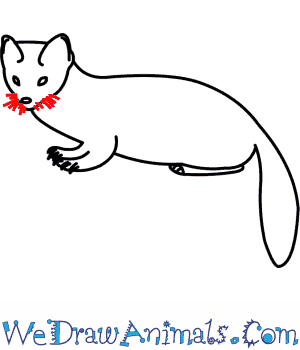 Step 7: Next draw the beard. There are short lines along the bottom of the snout. 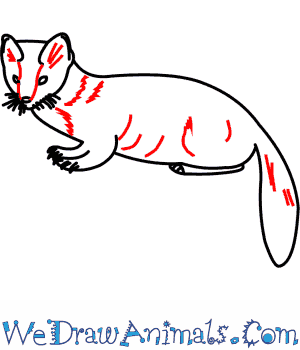 Step 8: Lastly, draw the fur patterns. There are short curved lines along the body, tail and face.

Interesting Facts about the AMERICAN MARTEN

The American Marten is a member of the mammal group and the scientific term for them is Martes americana. Other common names for this species are the American Pine Marten and Pine Marten. It is a long and slender weasel about the size of the Mink. Their silky fur is yellow and orange.

They live on the edge of forests by the water, between Alaska and New Mexico. This species burrows in snow to conserve body heat, and they use scents to mark their territory. Females are ready to mate multiple times per mating season, and courting lasts for a couple of weeks. These animals have a low population amount, but are considered to be the least concern for the possibility of extinction. 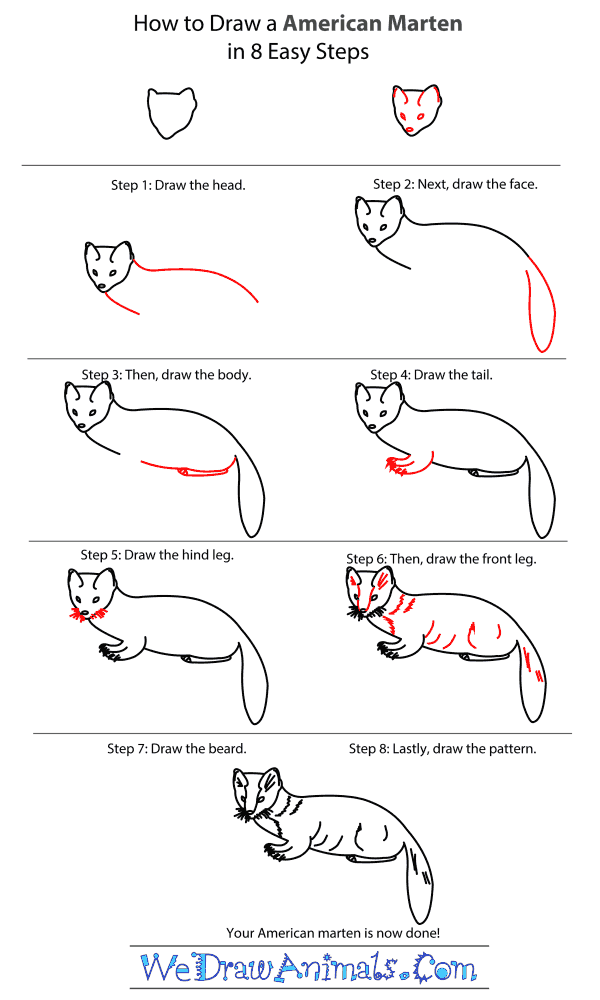 How to Draw an American Marten – Step-by-Step Tutorial