How to Draw an American Coot 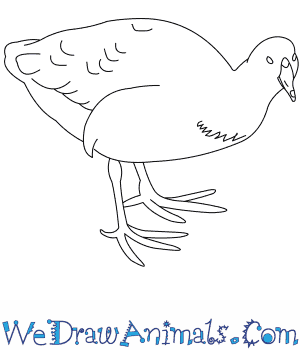 In this quick tutorial you'll learn how to draw an American Coot in 8 easy steps - great for kids and novice artists.

At the bottom you can read some interesting facts about the American Coot.

How to Draw an American Coot - Step-by-Step Tutorial 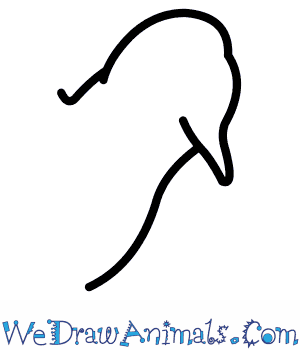 Step 1: First draw the head. Draw an upside-down hook on a slight angle. Make the short hook line on the top. At the top of the hook curve make a beak pointing down. 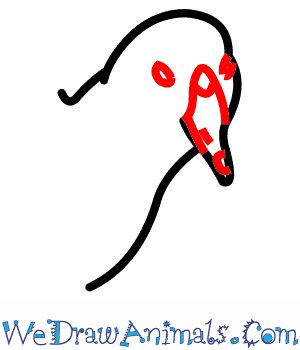 Step 2: Next draw two round dots near the top of the head to make the eyes. There are short lines along the beak. 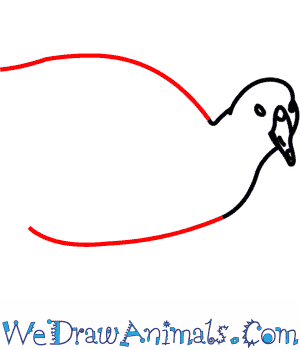 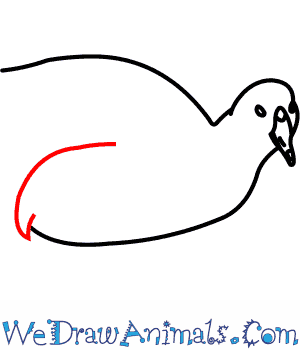 Step 4: From the end of the belly line draw a short curved line down, then hook it sharply back up and around to the right. 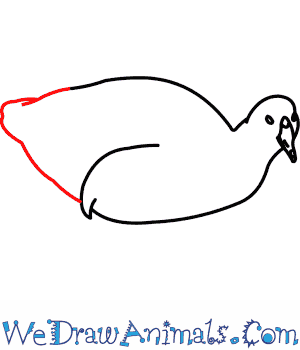 Step 5: Continue drawing the two body lines together to make the tail. The tip of the tail is not pointy but squarish. 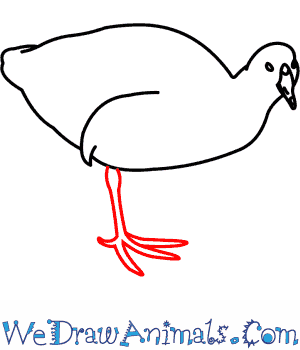 Step 6: Starting at the very bottom of the belly line draw the two leg lines down. At the foot draw three very long pointy toes to the right. There is a very short toe that points to the left. 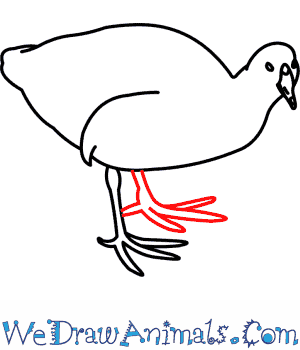 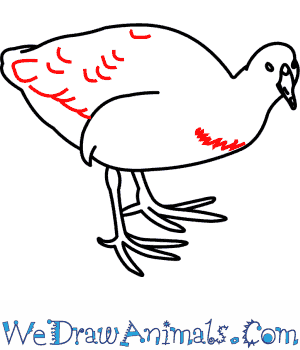 Step 8: Finally, draw the feather patterns. There are squiggly "U"s along the back and tail. Don't forget a squiggly line along the belly line.

Interesting Facts about the AMERICAN COOT

The American Coot is a member of the bird group and the scientific term for them is Fulica americana. Other common names for this species are the Mud Hen and Water Hen. The bird is black and round, with a short white beak, inhabiting North American wetlands. It has very unique feet that have the dexterity to walk on slippery wet mud.

This animal engages in brood parasitism, where they lay their eggs in the nests of other bird species, so that they can populate faster. When the mother feeds the babies, she gives more attention to the ones with the brighter colors. This animal is the mascot of the Toledo Mud Hens Minor League Baseball team. They are a traditional ingredient in Cajun Cuisine. These animals have a low population amount, but are considered to be the least concern for the possibility of extinction. 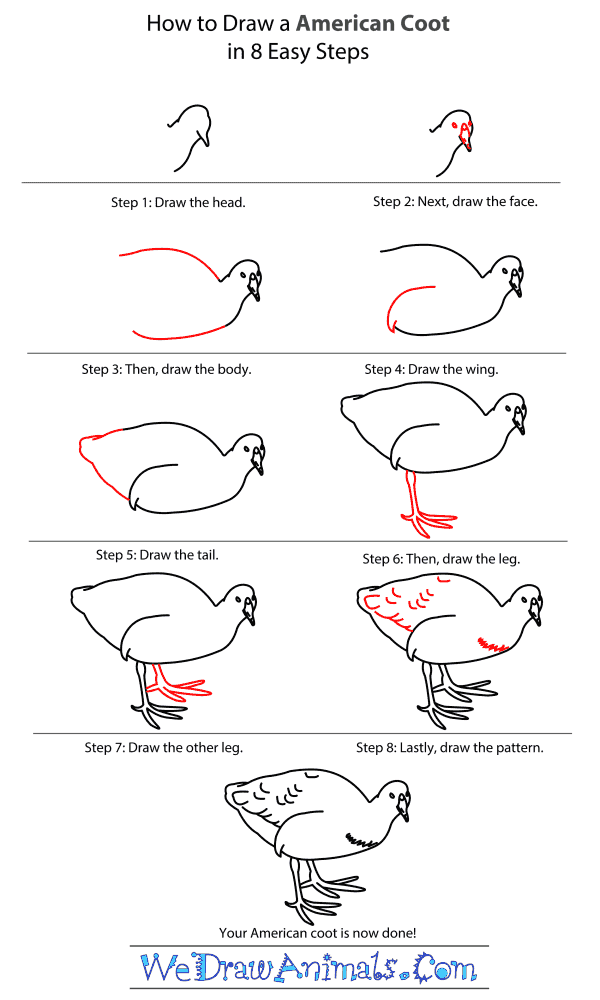 How to Draw an American Coot – Step-by-Step Tutorial