How to Draw an American Badger 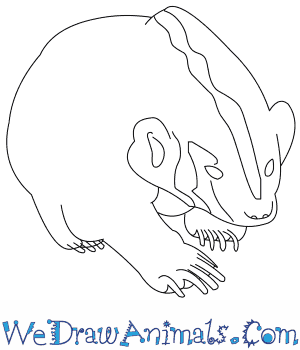 In this quick tutorial you'll learn how to draw an American Badger in 7 easy steps - great for kids and novice artists.

At the bottom you can read some interesting facts about the American Badger.

How to Draw an American Badger - Step-by-Step Tutorial 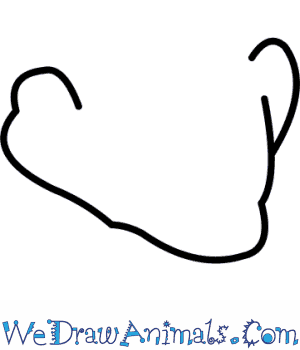 Step 1: Start by drawing the head. Make a crooked "V"with hooks at the very top for the ears. 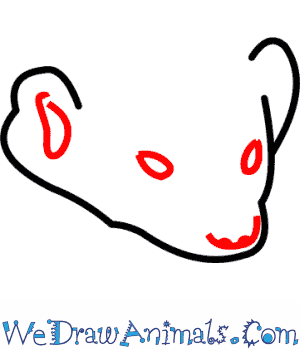 Step 2: Now draw the face. There is a half circle at the end of the snout to make the nose. Draw two oval shaped eyes, one is just inside the right side of the head line. The second eye is in the middle of the head. There is a squiggly oval in the ear. 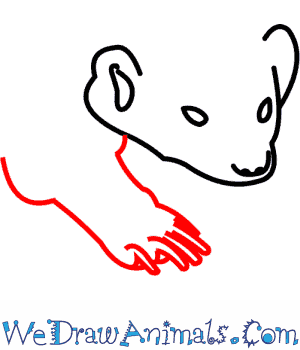 Step 3: Under the ear start to draw the front leg. Draw a line on an angle down and to the right. At the end of the leg line draw four long pointy claws. Then draw the left side of the leg up and to the left with a bump at the very tip. 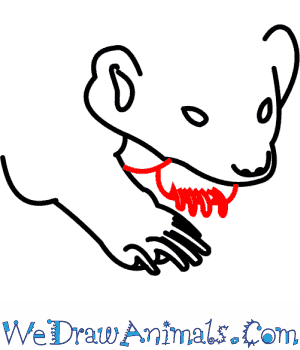 Step 4: Just beneath the snow draw another four sharp claws for the other front foot. Draw a short line back up toward the body to make a very short leg line. 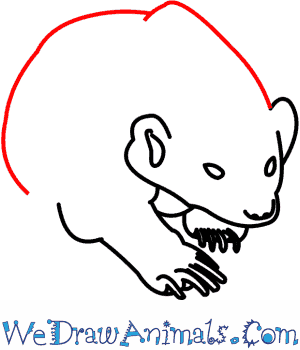 Step 5: Beginning at the top of the right ear draw a long line up and curve it to the left. Bring the curve back down and around to almost join up with the front leg line. 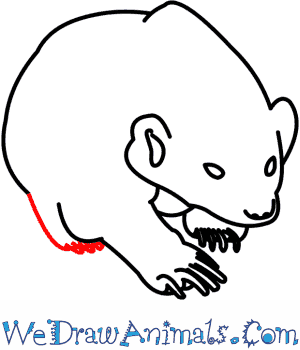 Step 6: At the bottom of the back line draw a short line with four sharp claws at the end. This hind leg line joins up with the top of the front leg. 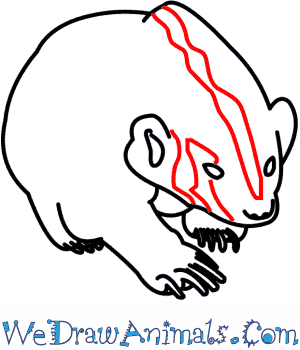 Interesting Facts about the AMERICAN BADGER

The American Badger is a member of the mammal group and the scientific term for them is Taxidea taxus. As the name indicates, this animal has brown or blackish “badges” marking the cheeks. This species is a member of the Mustelidae family because they are carnivorous like the weasel, otter, ferret, and wolverine. This animal lives in western and central North America on prairies and grasslands. They have interspecies relationships where the Coyote chases rodents to the Badger, and the Badger chases rodents to the Coyote.

They have most of the characteristics common to badgers, with a stocky and low-slung body, short powerful legs, huge claws, and distinctive head markings. It has a grizzled silvery coat of coarse hair, and a triangular face with a white stripe extending from the nose to the tail. They dig in the ground to find mainly prairie dogs, burrowing owls, and bees to eat. These animals have a low population amount, but are considered to be the least concern for the possibility of extinction. 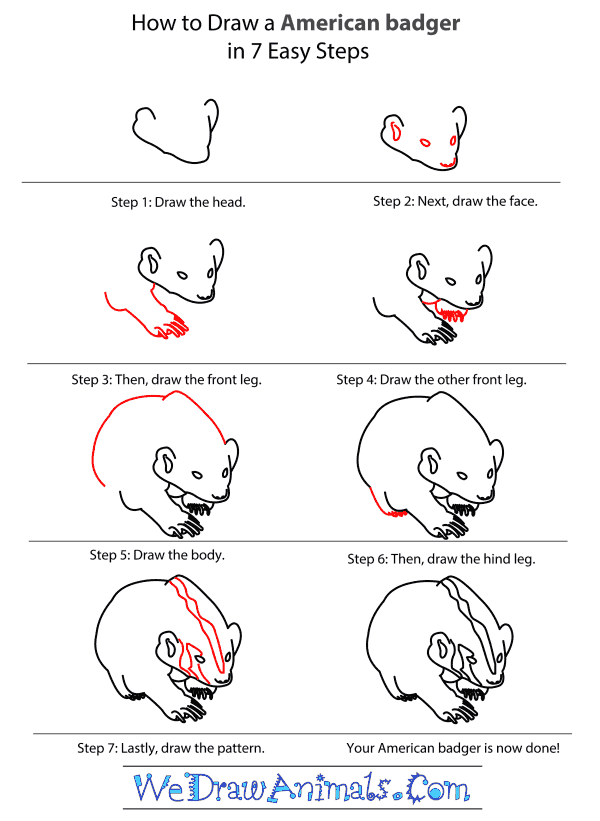 How to Draw an American Badger – Step-by-Step Tutorial