How to Draw a Bengal Vulture 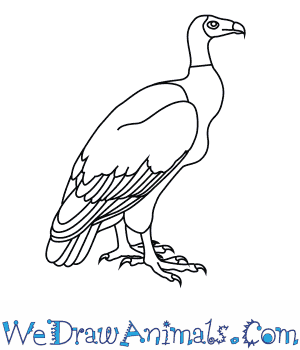 In this quick tutorial you'll learn how to draw a Bengal Vulture in 7 easy steps - great for kids and novice artists.

At the bottom you can read some interesting facts about the Bengal Vulture.

How to Draw a Bengal Vulture - Step-by-Step Tutorial 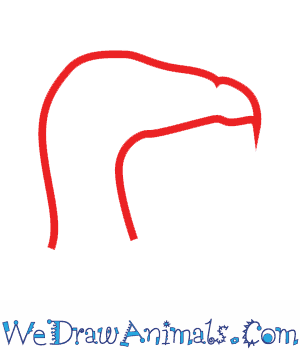 Step 1: The Bengal vulture, or white-backed vultures, is an endangered bird species that lives in India. He gets his name from the patch of white on his backside and tail feathers. To draw one, start by making two curved parallel lines that end in a sharp point. It will look like the handle of a cane. 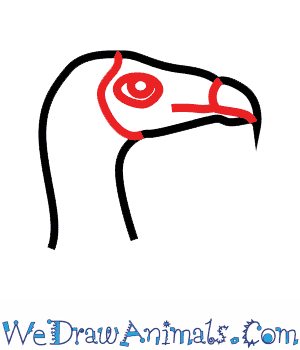 Step 2: Add a curved line for the face and add a small circle for the eye. Then add a couple of lines for the beak. 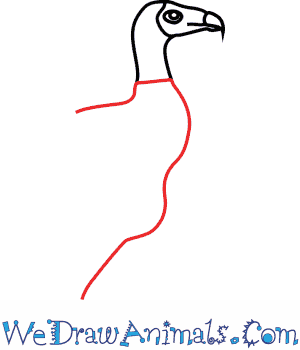 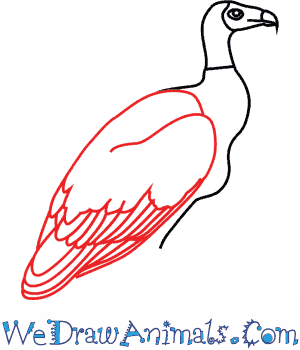 Step 4: Now we’ll add the wind. Draw an oval like shape that is pointier towards the bottom. Add lots of loopy lines to make the feathers. 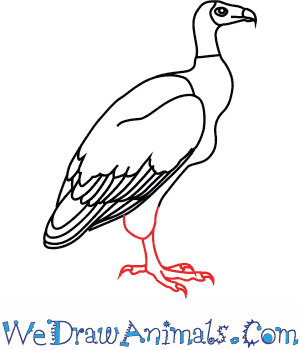 Step 5: Draw a ‘U’ shape under the wing to make the top part of the vulture’s leg. Then draw the leg and the vulture’s talons. He has three in front, and one in back. 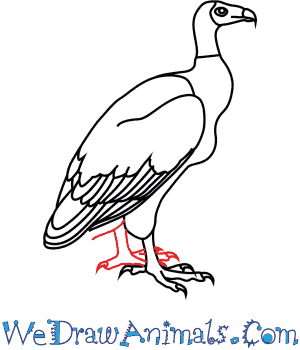 Step 6: Draw another leg behind the first one, and add a small line for the rest of the vultures belly. 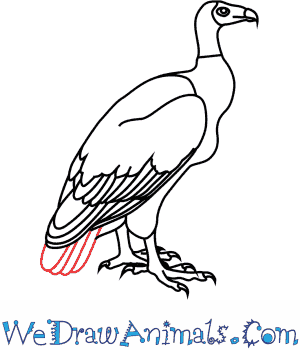 Step 7: Last, add some tail feathers. Vultures are carrion eaters, which means they eat animals that have died. They are Mother Nature’s cleanup crew!

Bengal vultures are more commonly called Indian white-backed vultures or white-rumped vultures. They are native to India. They used to be found in southern China and Malaysia, but became extinct in those countries in the early 1900s.Their habitats include savannas and grasslands. These birds can also be found in urban and suburban settings amongst people.

Females lay one egg per each breeding season. Both parents build the nest and take turns keeping the egg warm. The nest is usually built on a cliff or in a tree. The egg hatches after about 48 days. The young Bengal vulture is fed by both parents and leaves the nest after three or four months. 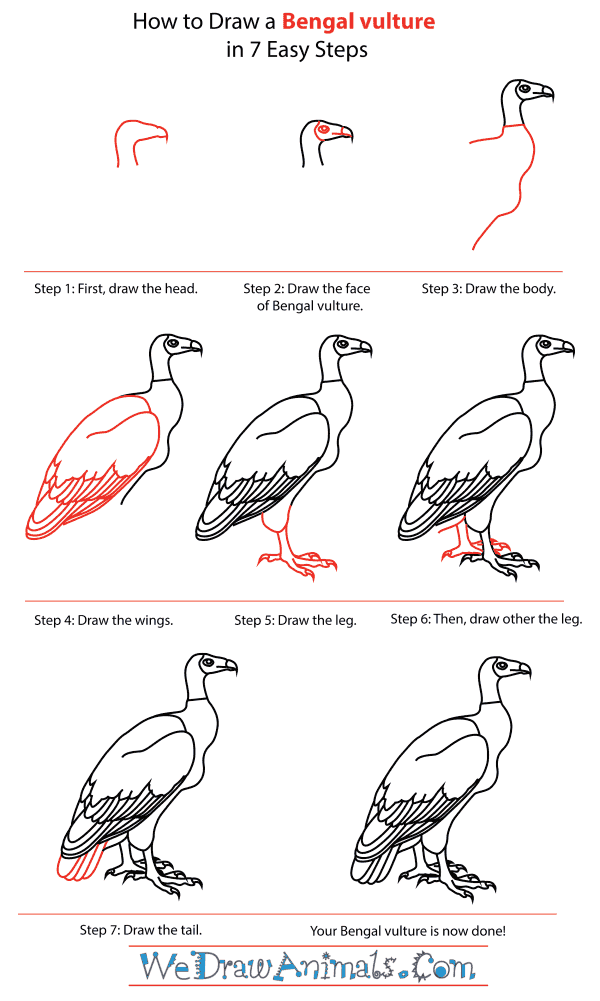 How To Draw A Bengal vulture – Step-By-Step Tutorial