How to Draw a Beisa Oryx 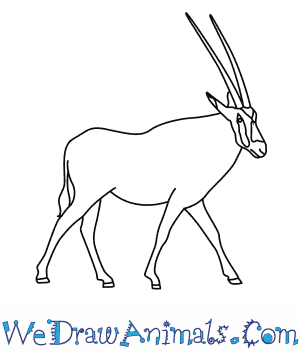 In this quick tutorial you'll learn how to draw a Beisa Oryx in 8 easy steps - great for kids and novice artists.

At the bottom you can read some interesting facts about the Beisa Oryx.

How to Draw a Beisa Oryx - Step-by-Step Tutorial 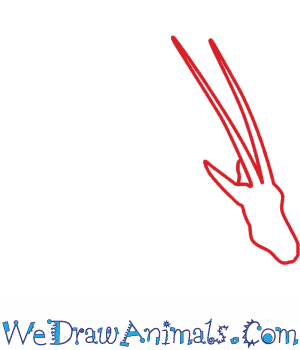 Step 1: The Beisa Oryx is a type of antelope that lives in Africa. Start by drawing the head. An oryx has a long narrow face, kind of like a goat. Draw two ears, and then draw the oryx’s long horns. The oryx has very tall straight horns that can grow up to almost three feet long! 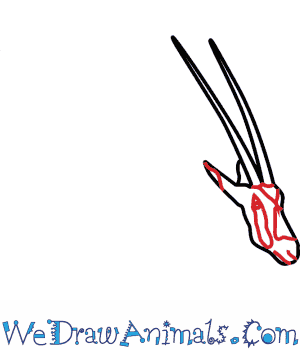 Step 2: Next, draw some lines to make the oryx’s face. It will look like the oryx is wearing a mask. Add some lines for the mouth, nostrils, and detail on the ears. 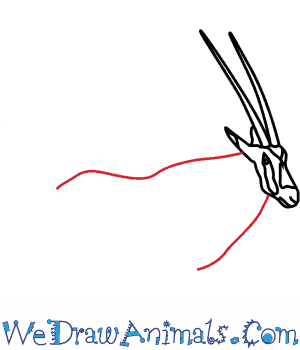 Step 3: Draw a short sloping line down for the chest. Draw another line with a dip in the middle for the back. 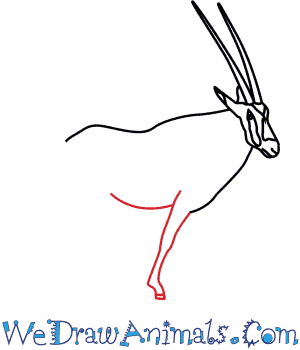 Step 4: Now draw a curving line underneath the oryx for its belly, and draw a leg. The oryx has narrow legs that end in hooves. 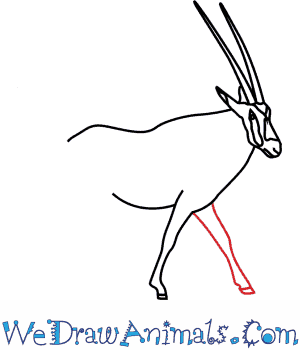 Step 5: Draw another leg behind the first one, but in the opposite direction. Step 6: Now draw a hind leg that is parallel with the front leg. It should be wider and curved at the top for the oryx’s haunch. 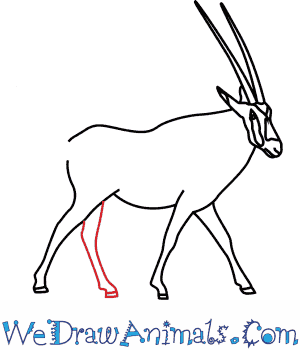 Step 7: Draw the other hind leg behind the first. 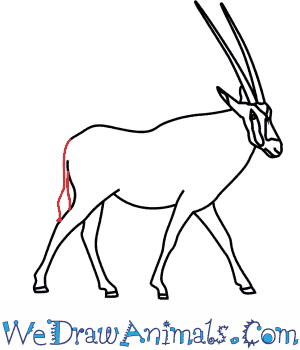 Step 8: Last, add a tail and you're done! The oryx has a tuft of hair on the end of its tail which it can use to swish away flies and bugs.

Beisa oryx are also called East African oryx, named after where they are from. They are a species of antelope. They are members of the Bovidae family, which also includes domestic cows, sheep, water buffalo, and other mammals with split hoofs. There are two subspecies: the fringe-eared oryx and the common beisa oryx.

Beisa oryx live in groups called herds, which can have between five and 40 individuals. Some herds have been observed to have up to 200 oryx. Usually, one cow leads the herd while they travel. One bull follows the herd to protect them from behind. If the cow happens to stray from the group, the bull quickly takes over the lead and guides them in the right direction. 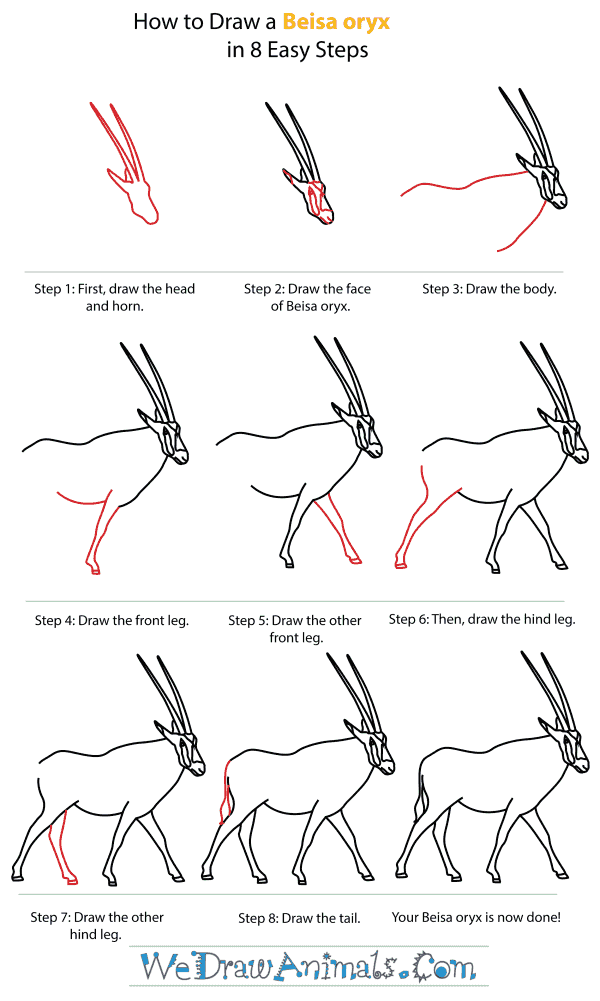 How To Draw A Beisa oryx – Step-By-Step Tutorial