How to Draw a Big Brown Bat 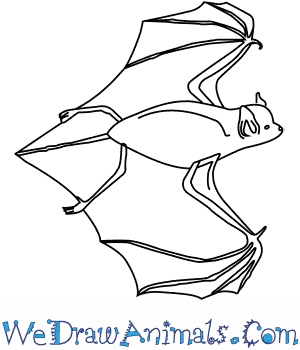 In this quick tutorial you'll learn how to draw a Big Brown Bat in 6 easy steps - great for kids and novice artists.

At the bottom you can read some interesting facts about the Big Brown Bat.

How to Draw a Big Brown Bat - Step-by-Step Tutorial 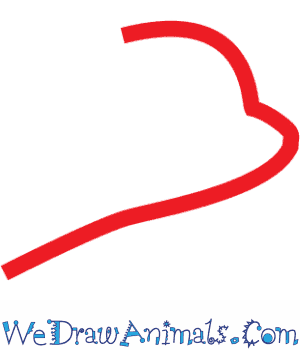 Step 1: Drawing the Big brown bat is simple and fun. To begin, draw a curved line with one small bump beneath a larger one for the head of your bat. 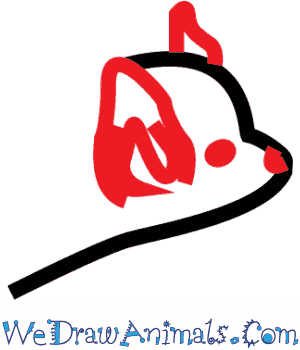 Step 2: The next step is to draw the big pointed ear on the side of the bat's head. Draw two tiny circles for the eye and nose. Show the second ear by attaching a small pointed arch to the top of your bat's head. 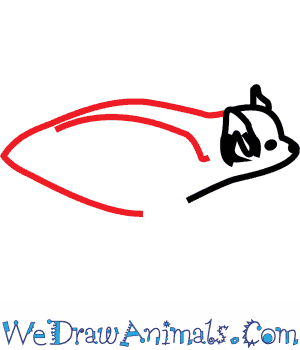 Step 3: Now connect a football shape to the head of your bat to form the body. Draw a curved line down the middle of the back to add dimension. 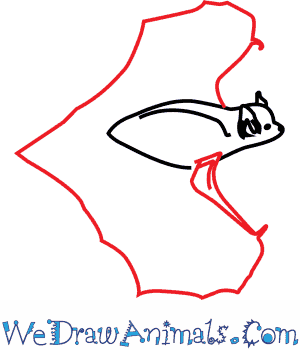 Step 4: Draw two lines which extend away from the bat's head and meet at a sharp point at the back of your bat. To the line closest to you, add a short connection that merges into a point at the middle of the wing. 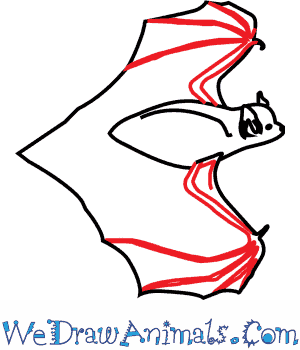 Step 5: Next, draw several skinny lines to create the fingers and bones of the bat. Each line should connect to the body and the wing and have a slight bend. 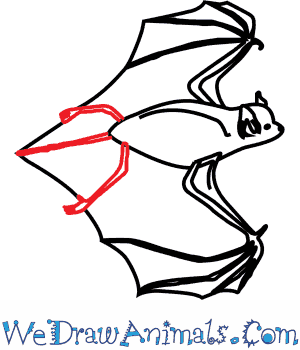 They are the most common type of bats found in North America and have popularized a few islands such as Jamaica, Cuba and West Indies. They can live in a range of environment from areas with humans lodge to forests and caves.They are 110-130mm long and they weigh about 23g. They can easily bite onto things as they have sharp teeth. They feed on insects like beetles, moths, flies etc. Their predators include snake, owls, cats and racoons. Their upper part is brown in color while the bottom area is lighter comparatively.

Lesson plan note: Help children make a bat mask by attaching an elastic string to the bat mask. They may also creatively decorate it with sparkles. Let them be batman for a day! 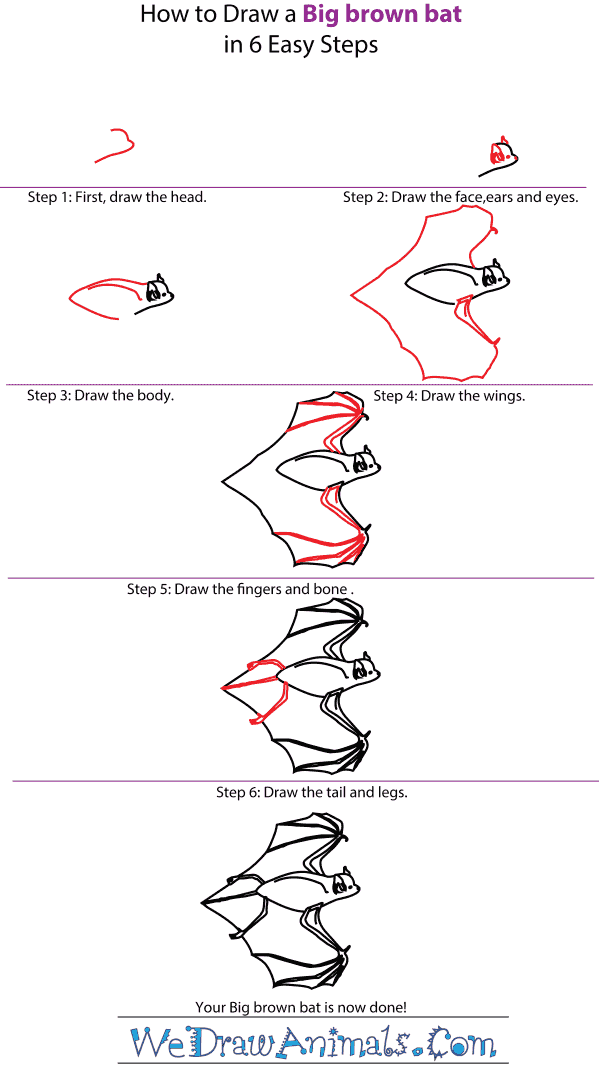 How to Draw a Big Brown Bat – Step-by-Step Tutorial