How to Draw a Bat Ray 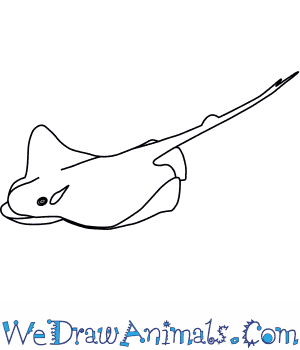 In this quick tutorial you'll learn how to draw a Bat Ray in 5 easy steps - great for kids and novice artists.

At the bottom you can read some interesting facts about the Bat Ray.

How to Draw a Bat Ray - Step-by-Step Tutorial 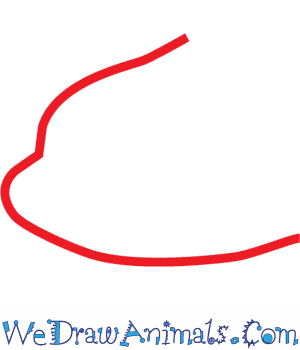 Step 1: First, draw the rounded head with two bumps for the nose and forehead of your Bat ray. 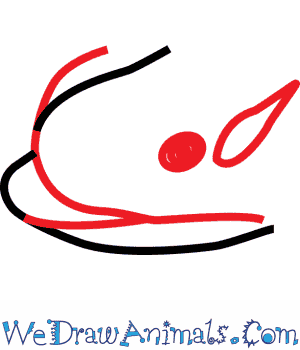 Step 2: Draw the face using a Y-shaped line that extends further than the one you made for the head. The eye should be a medium-sized circle located near a tear drop shaped ear hole at the top of the head. 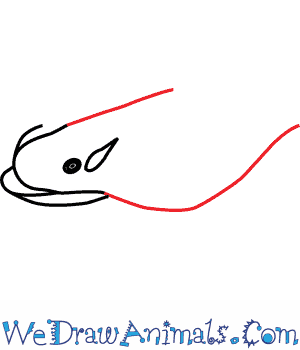 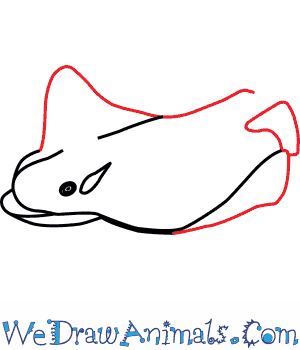 Step 4: Draw the flapping wings of your bat ray by making one cone-shaped line that connects to the face and extends to the back of the ray at a place parallel to the longer body line that you made previously. Create a boomerang shape that attaches to that same long body line. For the bottom of the fin, draw a short curving line that again connects to the underside of that longer line. 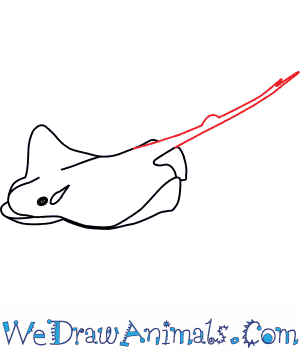 Step 5: Finally, draw the long skinny tail with one small curve in the middle and a notch at the end to create a spear-like tip.

Interesting Facts about the Bat Ray

They live in shallow waters found in estuaries and swamps in the Eastern coast of Pacific Ocean. They use their fins on either side of their head to move across the seabed that helps them uncover their prey hiding under sand. They can dig up to 20 cm deep ditch to hunt for clams buried inside. They also feed on shrimps, crabs, squid, small fish etc. Their color is black on top with white bottom surface. The length of a Bat ray is about 1.2-1.85m long and their weight is around 90kg.

Lesson plan note: Help children make a bat hat and bat wings! Draw a bat and let children copy the drawing of bat twice. Attach/stick the two bats on either side of circular strip of paper joined at the end. Let them decorate their hat and have a hat competition. Let them wear the hat and flap their bat wings! 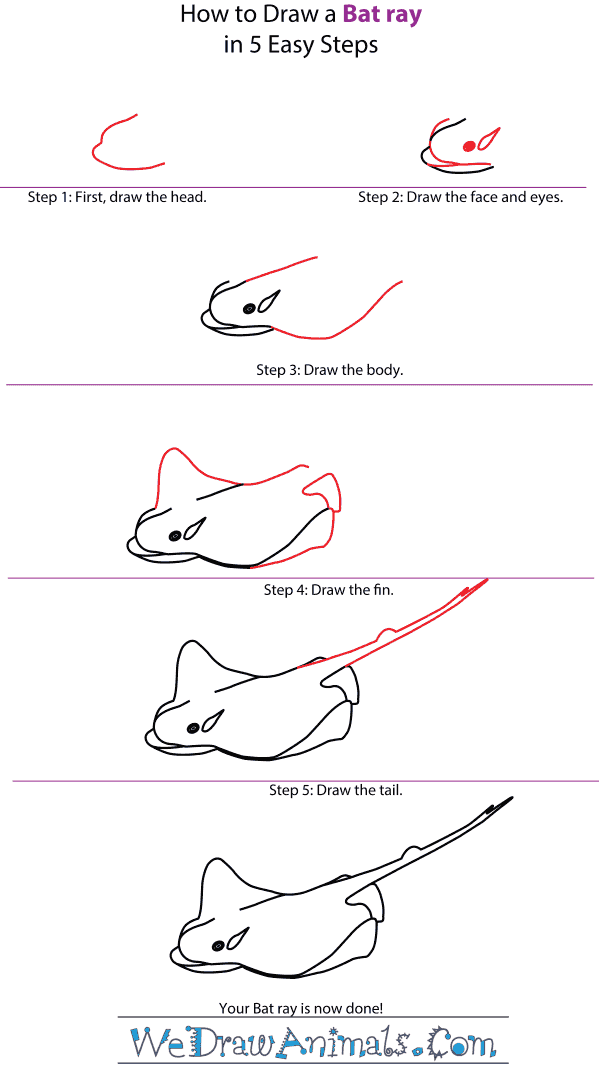 How to Draw a Bat Ray – Step-by-Step Tutorial

Next post: How to Draw a Big Brown Bat