How to Draw a Black-Capped Chickadee 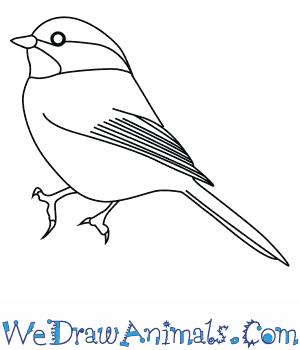 In this quick tutorial you'll learn how to draw a Black Capped Chickadee in 7 easy steps - great for kids and novice artists.

At the bottom you can read some interesting facts about the Black Capped Chickadee.

How to Draw a Black Capped Chickadee - Step-by-Step Tutorial 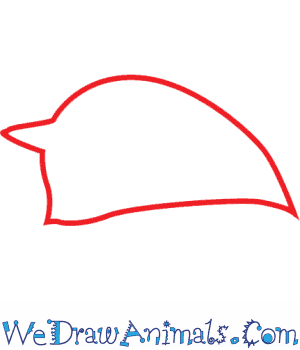 Step 1: Draw the head using a semi-circle with a point coming out of it for the beak. 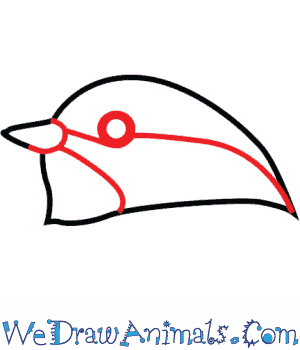 Step 2: Use one circle inside of another for the eye, finish making a triangle for the beak, and add two curved lines that extend across the face for the design. 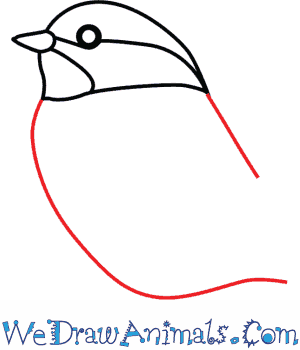 Step 3: Use two lines continuing from the head for the body, each starting on one side. Continue to the points shown above. 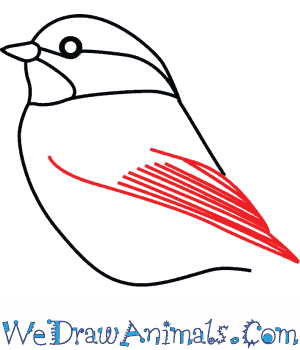 Step 4: Use lots of diagonal lines to make the wings, so that it looks like there are a lot of feathers on the wing. Have two of the lines be a little curved and start more from inside the body. 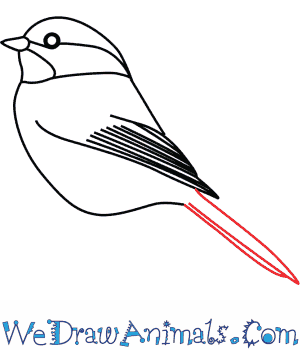 Step 5: Draw the tail using three more diagonal lines that continue off of the body and meet at points. They should be long and straight. 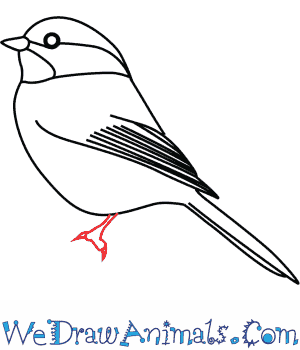 Step 6: To draw the leg, make two diagonal lines off the left and bottom part of the body that curve out and come back after making points for the feet. 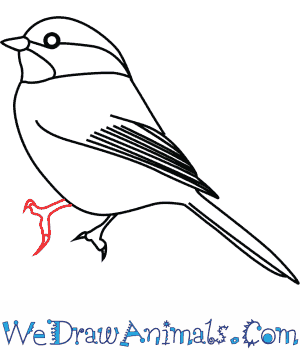 Step 7: Draw the other leg a lot like the first one, except try to make it a bit bigger and have it start more to the left of the first leg. Your Black-Capped Chickadee is now done!

Black-capped chickadees are small songbirds that are native to North America. Specifically, they inhabit the northern region of the United States, Canada, and Alaska. They live in forests and open wooded lands. Although they live in the north year-round, some migrate south for the winter.

Black-capped chickadees mate for life. Females lay six to eight eggs at a time, and they sit on the eggs to keep them warm (this is called incubation). After about 12 days, the eggs hatch. Both parents take turns feeding the babies, which are called fledglings. Although the fledglings leave the nest after about 14 days, their parents provide them with food for about one month. 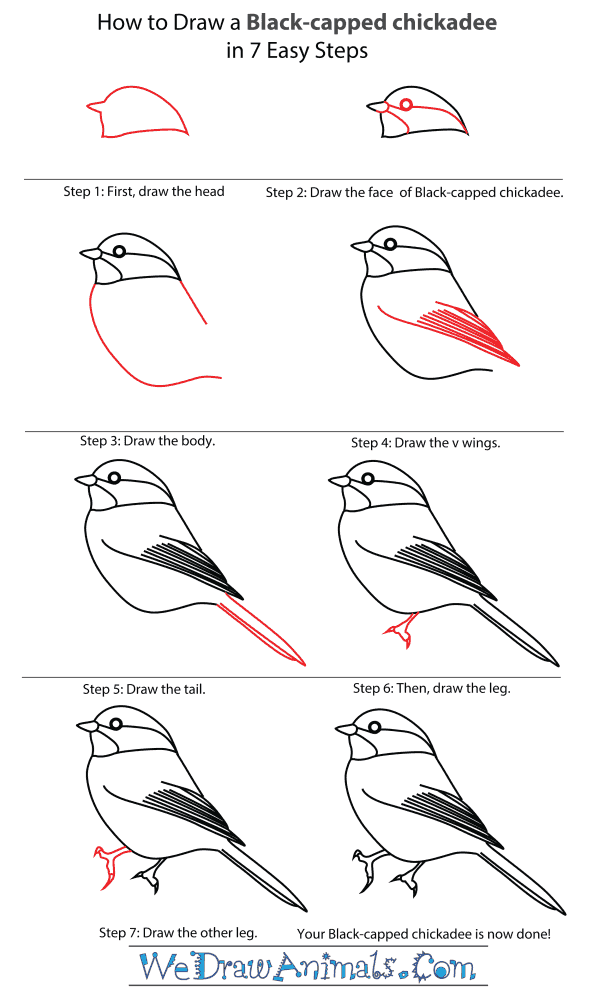 How To Draw A Black Capped Chickadee – Step-By-Step Tutorial