How to Draw a Black-Footed Ferret 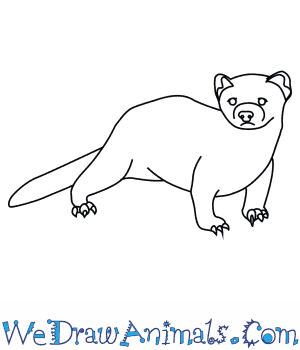 In this quick tutorial you'll learn how to draw a Black Footed Ferret in 7 easy steps - great for kids and novice artists.

At the bottom you can read some interesting facts about the Black Footed Ferret.

How to Draw a Black Footed Ferret - Step-by-Step Tutorial 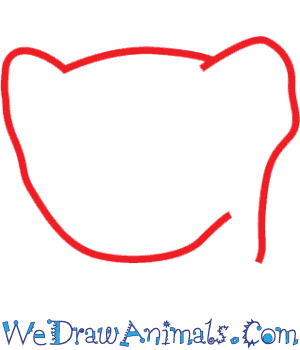 Step 1: Draw the head using a circle-like shape with two bumps for the ears. Continue down a little on the right side for the neck. 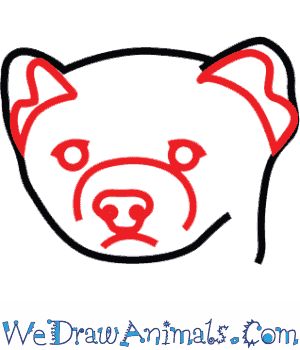 Step 2: To draw the face, use circles with lines on top for the eyes, an arch right below the eyes, a triangle with two dots for the nose, and a curved line for the mouth. Add curved lines on the inside of the ears. 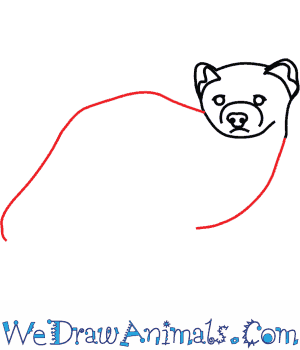 Step 3: Draw the body from the head as shown above. Make the right like curve to the left and the left line curve up and then down. 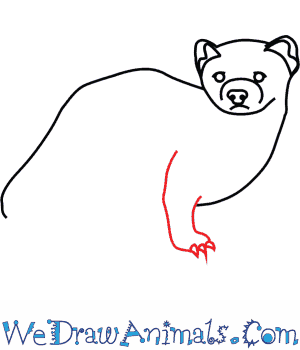 Step 4: Draw the front leg with two lines from the body going down Add three pointed toes at the end facing right. 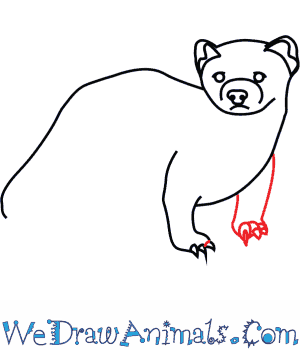 Step 5: Draw the other front leg like the first, except not facing left or right but toward you. Add more lines for the toes. 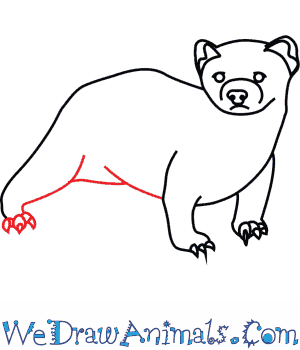 Step 6: Draw the hind leg after drawing the bottom part of the body. You will want to add a few lines that continue inside the body to better define the legs and stomach. 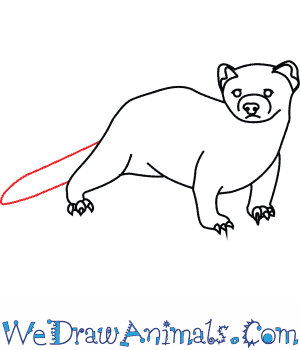 Step 7: Use two straight diagonal lines that meet in a curve to draw the tail. Your Black-footed ferret is now done!

Black-footed ferrets are considered to be one of the rarest animal species on Earth today. In the 1980s, they were almost extinct, with only about 18 of the animals still surviving. With help of conservationists, their population increased greatly. In the past, there were tens of thousands of black-footed ferrets. Now, there are about 500 in the wild and 300 in captivity. Those in captivity are in breeding centers, where people are helping them from becoming extinct. They are still considered an endangered species. 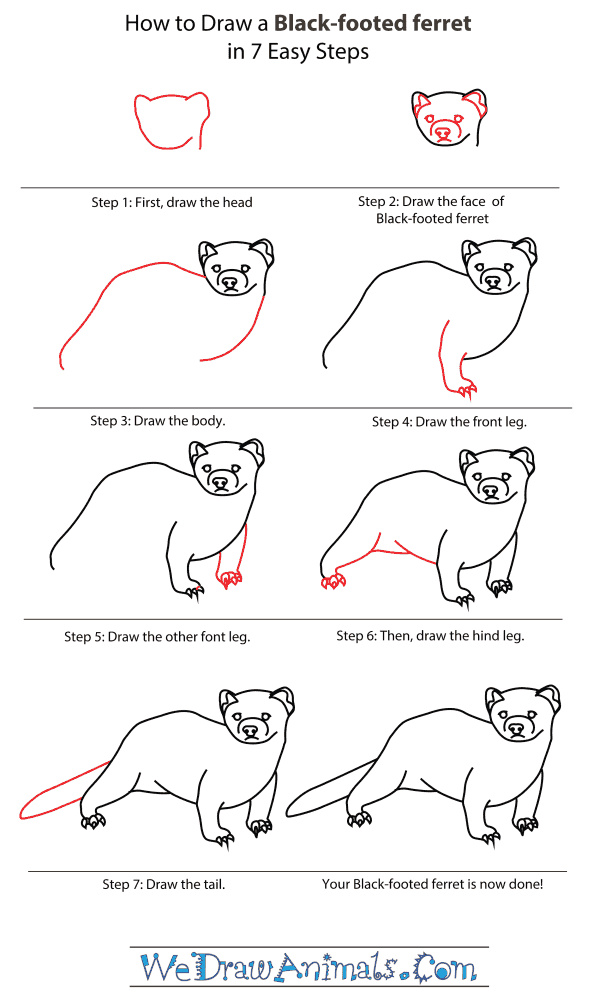 How To Draw A Black Footed Ferret – Step-By-Step Tutorial