How to Draw a Blue Shark 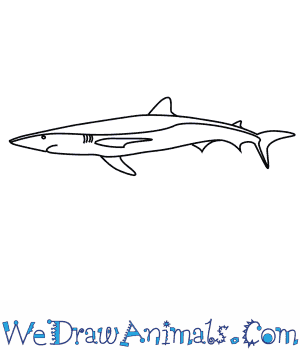 In this quick tutorial you'll learn how to draw a Blue Shark in 5 easy steps - great for kids and novice artists.

At the bottom you can read some interesting facts about the Blue Shark.

How to Draw a Blue Shark - Step-by-Step Tutorial 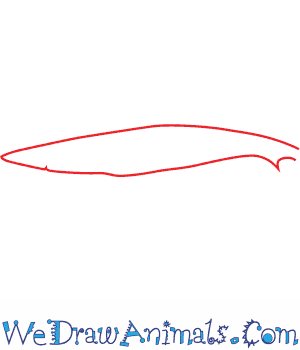 Step 1: First draw the body by making a curved diamond shape and not closing it on the right side, instead making a fin near the end. 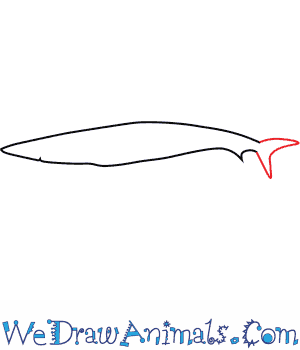 Step 2: Draw the tail from the end of the body so that it splits into two points, and then the line curves inward between the two points. 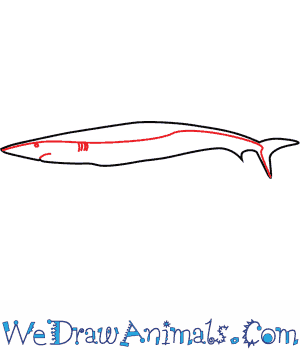 Step 3: Draw a curved line for the mouth of the shark, add a dot for the eye, use a set of short vertical lines for the gills, and then draw a single line that goes all the way across the shark then turns down at the end. 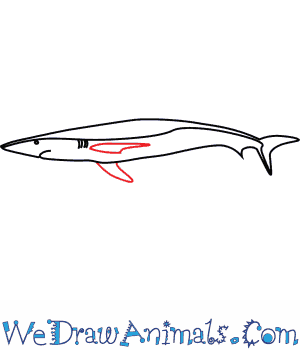 Step 4: Draw the fins using hooked triangles coming from both above and below the line used to make the bottom of the body. The points should both be facing to the right. 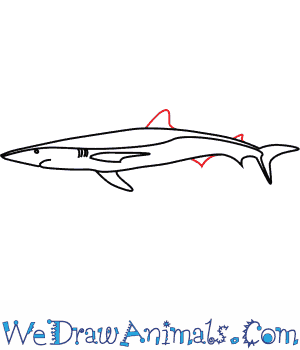 Female blue sharks can give birth to 25 to 100 babies at a time. Baby blue sharks are called pups. Usually, a litter consists of 30 to 50 pups. The average size of a pup at birth is 14 to 17 inches. Interestingly, when a male finds a mate, the female does not reproduce offspring until about two years after they have mated. 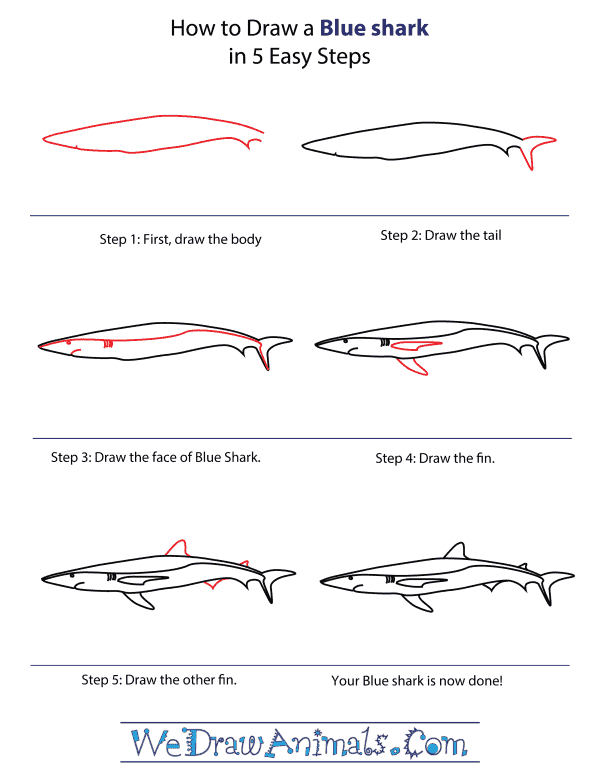 How To Draw A Blue Sharkt – Step-By-Step Tutorial