How to Draw a Black Cod 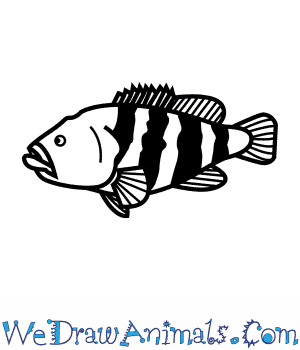 In this quick tutorial you'll learn how to draw a Black Cod in 7 easy steps - great for kids and novice artists.

At the bottom you can read some interesting facts about the Black Cod.

How to Draw a Black Cod - Step-by-Step Tutorial 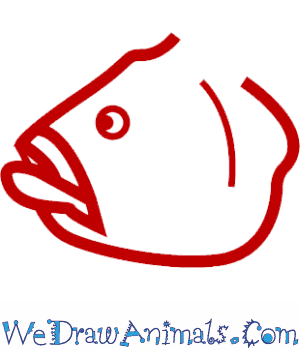 Step 1: Using the image as a guide, draw a line angling down, then curving back up. Add a circle with a dot in it, another two curves along the front for lips and one near the back for the gills. 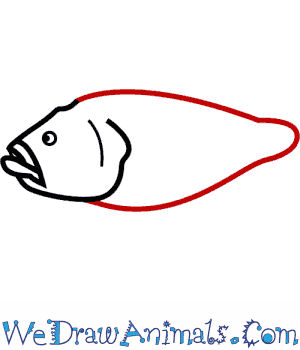 Step 2: Draw a pear shape next to the head. 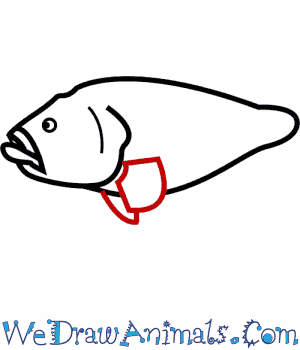 Step 3: Add a square on the bottom of the body near the front, and an angular shape next to it for pectoral fins. 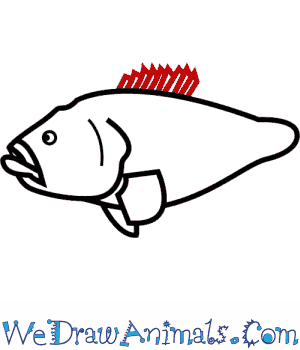 Step 4: Draw a bunch of tall spikes along the top of the back for the dorsal fin. 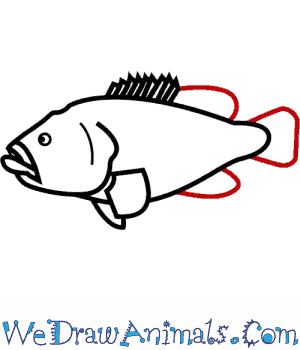 Step 5: Draw a curve behind the dorsal fin, another directly below it on the bottom of the body, and another on the rear end. 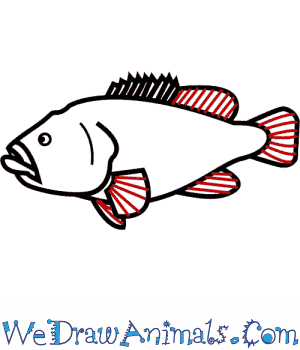 Step 6: Draw lines on all of the fins. 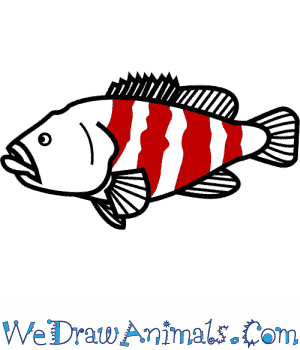 Step 7: Draw stripes on the body. Your black cod is done! You can color in the patterns darker than the rest of the body. These fish are large, slow, and tend to stick to their territory, which made them very vulnerable to human fishers. Now, after years of overfishing hurting their population, organizations in Australia and New South Wales are working to curb or even ban fishing for them.

Interesting Facts about the Black cod

The black cod, also often known as the saddletail grouper or black rockcod, is a type of fish that can be found in Australia, New Zealand, and the Kermadec islands. It is commonly in the offshore reefs and islands that are between the southern Queensland areas to eastern victoria. This fish is known to grow to be at least 1.55cm in total length and 68kg in weight. 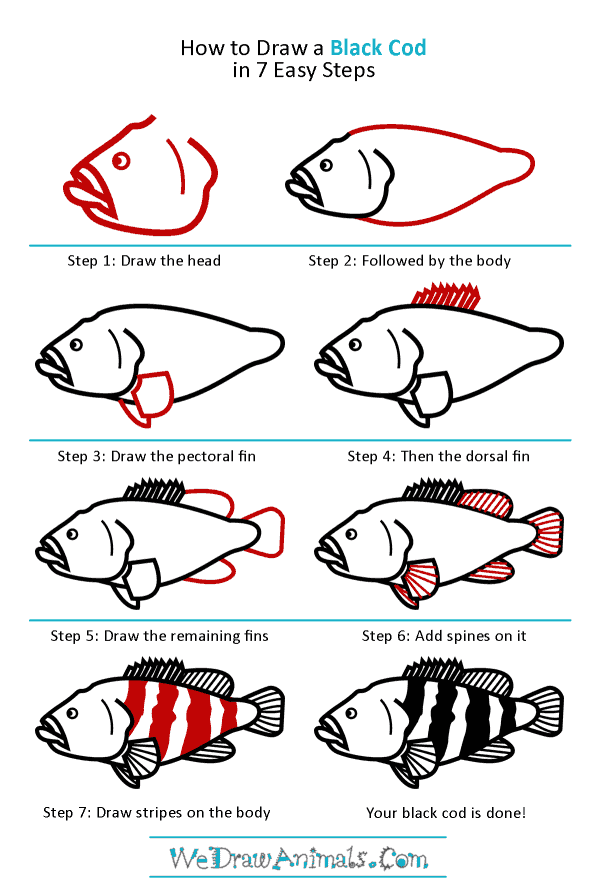 How to Draw a Black Cod – Step-by-Step Tutorial