How to Draw a Black-Crowned Night Heron 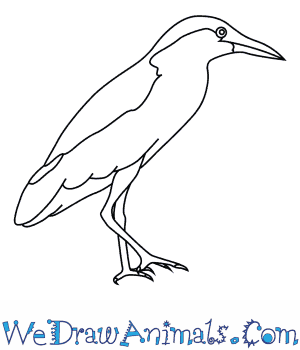 In this quick tutorial you'll learn how to draw a Black Crowned Night Heron in 7 easy steps - great for kids and novice artists.

At the bottom you can read some interesting facts about the Black Crowned Night Heron. 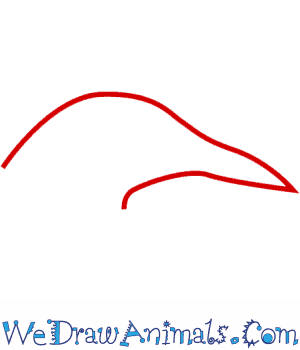 Step 1: Unlike other herons, the Black-Crowned Night Heron is a short, stocky bird. They have a black cap of feathers on their head and come out to hunt at dusk or early evening, which is how they get their name. To draw one, start by making his head and drawing in a long beak. 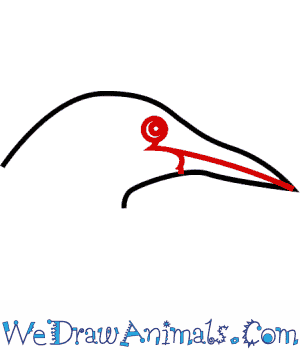 Step 2: Then, add a small circle for the heron’s eye and a line down the beak for his mouth. Add a small line at the end of the beak to mark his chin. 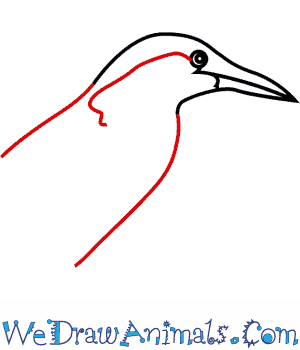 Step 3: Next, draw a sloping line for his back, and another one for his chest. Then draw another long line that ends in a squiggle down the length of his neck. 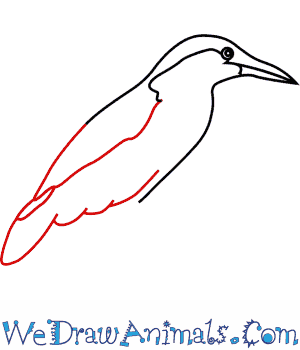 Step 4: Draw a ‘V’ shape that connects to the squiggle on his neck and his back to create his wing. Then add a loopy line to create the rest of the wing. 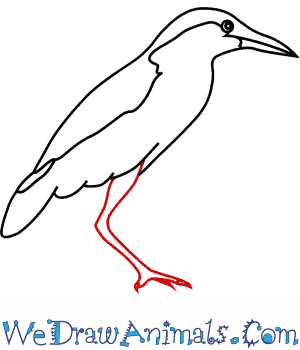 Step 5: Draw a thin ‘L’ shaped leg, ending in foot with two long toes in front, and one in back. 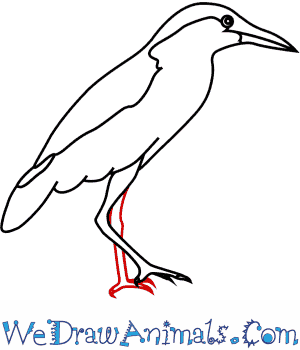 Step 6: Draw another leg behind the first one. 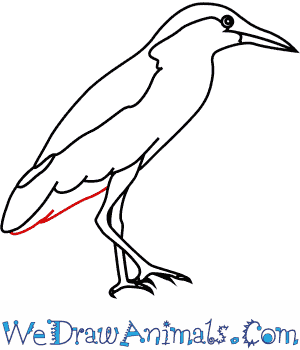 Step 7: Finally, draw in the heron’s tail. You’re done! Color the top of the heron’s head and his back a dark gray or black color, and the rest of his body a light gray color.

Black-crowned night herons are a species of bird that is mostly active at dusk or at night, which is how it got its name. They live in the wetland habitats of North America. Most of them migrate south to Central America during the winter. They are also native to South America.

Black-crowned night herons are very social birds. They live in groups that sometimes include other heron species and other birds. During nesting, they build nests in the same tree or other area. There can be up to 50 heron nests in one location. Parents sometimes take care of any chick that was hatched in their nest, even if it is not their own. They are territorial and peck at each other with their bills if they feel threatened. 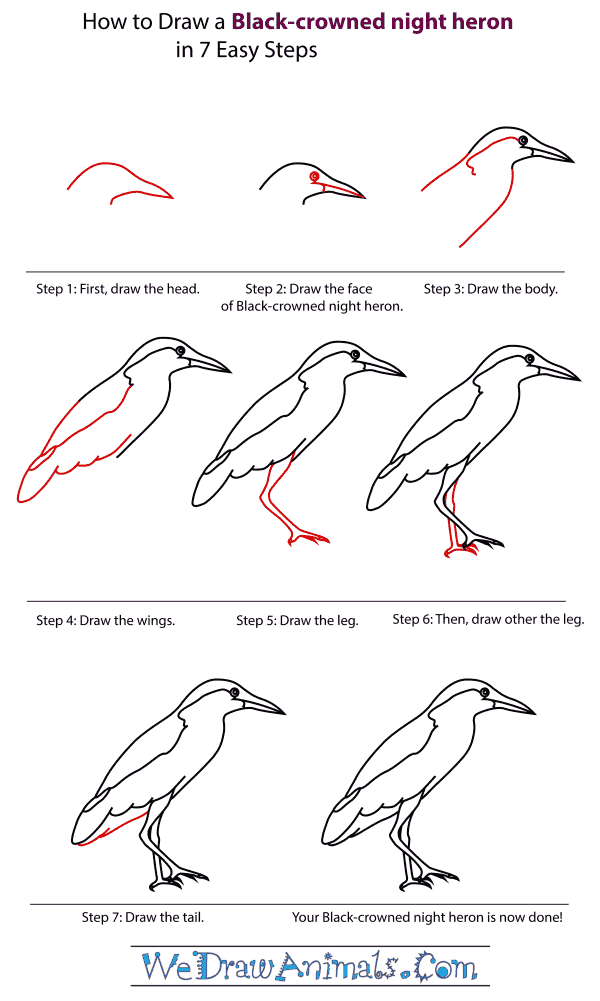