How to Draw a Black-Footed Cat 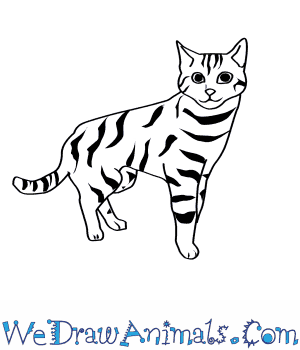 In this quick tutorial you'll learn how to draw a Black Footed Cat in 8 easy steps - great for kids and novice artists.

At the bottom you can read some interesting facts about the Black Footed Cat.

How to Draw a Black Footed Cat - Step-by-Step Tutorial 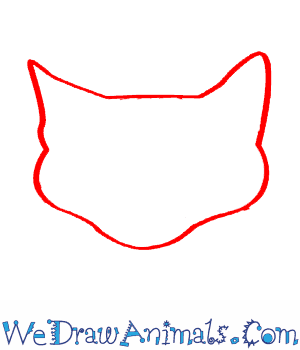 Step 1: For the head, draw an oval with a slight bump on the bottom side and two triangular projections on the upper side. 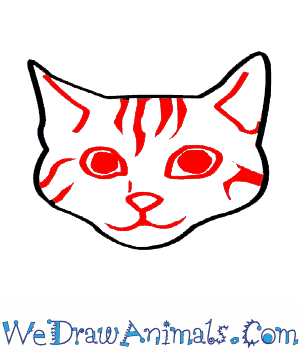 Step 2: Draw a small angle in each triangle to define the ears, two lines on each side of the face, and four lines at the top of the face. In the center, draw two ovals with circles in them for eyes, and a small upside-down triangle with a soft W-shape below it for the nose and mouth. 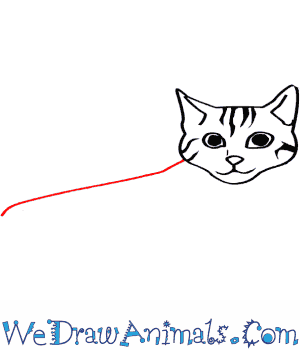 Step 3: Draw a straight line angling down from one side of the head. 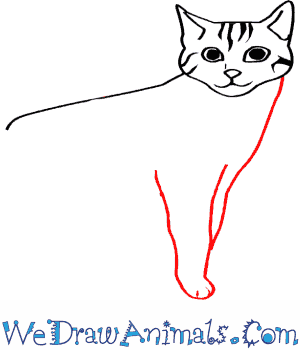 Step 4: On the opposite side of the head, draw a straight line down. Next to it, draw a V-shape that ends in a rounded point with two small lines in the point for a paw. 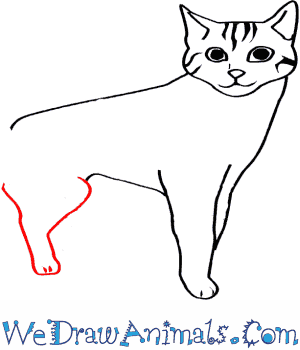 Step 5: Behind the front legs, draw a line angling back and slightly upwards for the belly. Next to it, draw two hook shapes angling down and towards each other. Connect them with a long U-shape with two small lines in the bottom to create the hind leg. 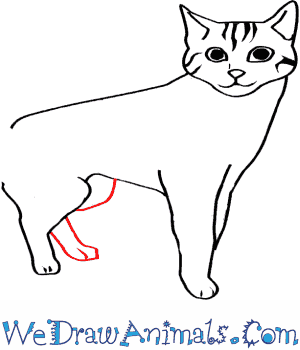 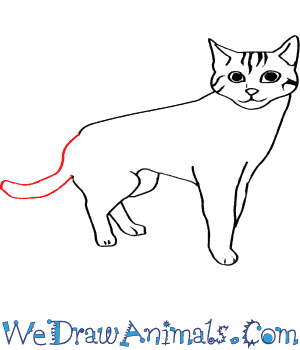 Step 7: Close of the gap at the rear end with a curve for the tail. 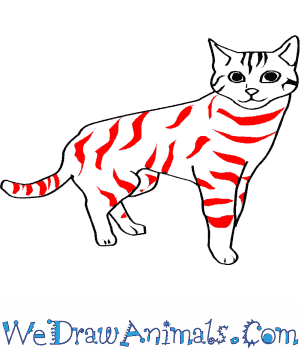 Step 8: Draw a striped pattern all over the body. Done! You can color it light brown with dark brown or black patterns.

The Black Footed Cat is a nocturnal cat of the arid land of Southern Africa. They are normally found in open, sandy grassy habitats with sparse scrub and tree cover. Their optimal habitat seems to include savannah areas with high rodent and bird densities in high grasses.In the daytime, they will live in abandoned burrows dug or termite mounds. In one year a male will travel 8.5 square miles while a female will only travel up to 4 square miles. A male will overlap his territory by one to four females.

Possibly the smallest species of wild cat in Africa, the black footed cat has an average weight of 2.4 to 4.2 pounds when it is fully grown. The females are normally smaller than the males like other animals. 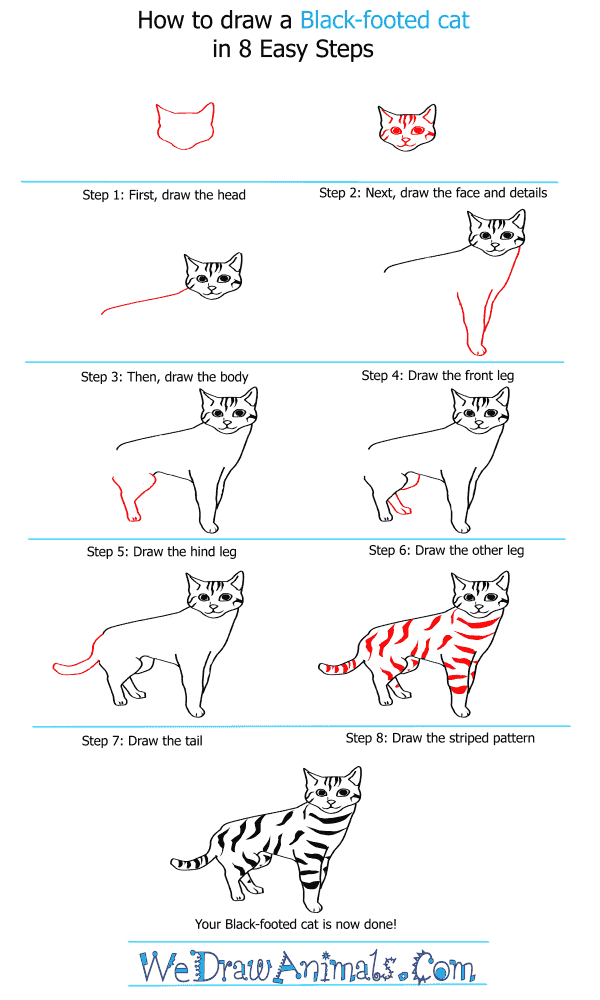 How to Draw a Black-Footed Cat – Step-by-Step Tutorial