How to Draw a Blacktip Shark 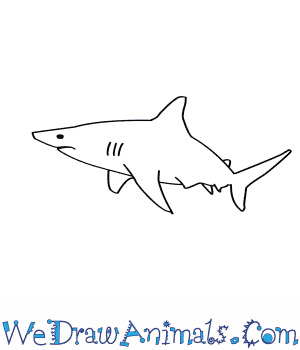 In this quick tutorial you'll learn how to draw a Blacktip Shark in 5 easy steps - great for kids and novice artists.

At the bottom you can read some interesting facts about the Blacktip Shark.

How to Draw a Blacktip Shark - Step-by-Step Tutorial 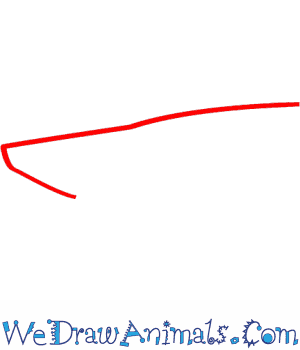 Step 1: Draw an angle with a shorter bottom side and long upper side. 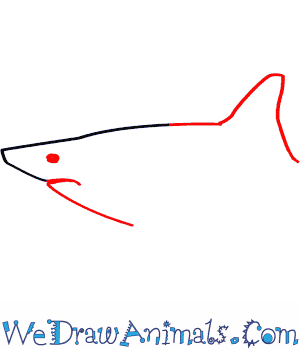 Step 2: Draw a hook shape at the bottom end for a mouth, a line that goes straight, bends up, then back down, then straight again from the top end for a dorsal fin, and a dot in the point for an eye. 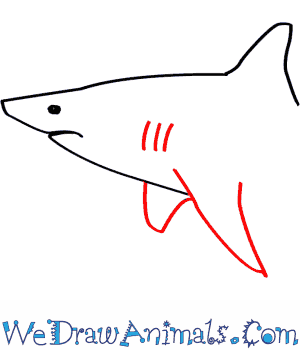 Step 3: In the body, between the eye and dorsal fin, draw three small straight lines for gills. At the bottom, draw two V-shapes for fins. 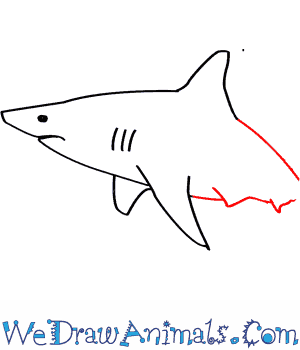 Step 4: From the bottom side, draw a straight line that then bends into a W-shape. From the top side, draw a long downward curve. 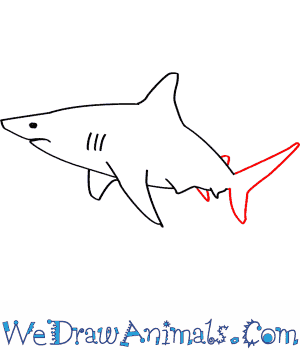 Step 5: Close off the rear gap with a stretched W-shape. Add a small triangle on the top and bottom of the body. You have drawn a blacktip shark! You can color it grey with a white stripe on the upper side, and white on the underside. Add black tips on the dorsal, lower, and tail fins. This shark has been known to make spinning leaps out of the water and into the air! They seem to do this as a result of launching themselves at their prey, but they may also do it on purpose to try to remove itchy parasites from its skin.

Interesting Facts about the Blacktip Shark

The blacktip shark is found in warm coastal waters around the world and often where it encounters people. It normally lives in bays, estuaries, coral reef, river mouths, and shallow waters off the beaches.Summertime temperatures create some blacktip sharks to migrate to cool water including off Cape Cod, Massachusetts. Others will stay in warmer equatorial waters all year long. They will also swim in sexually segregated schools until mating time.

During breeding the sharks will gather in groups and setup pup nurseries in shallow water near the shore. Females will give birth to 4 to 10 live free swimming pups per litter. They will begin to reproduce at age four or five and continue every other year through their lifetime. 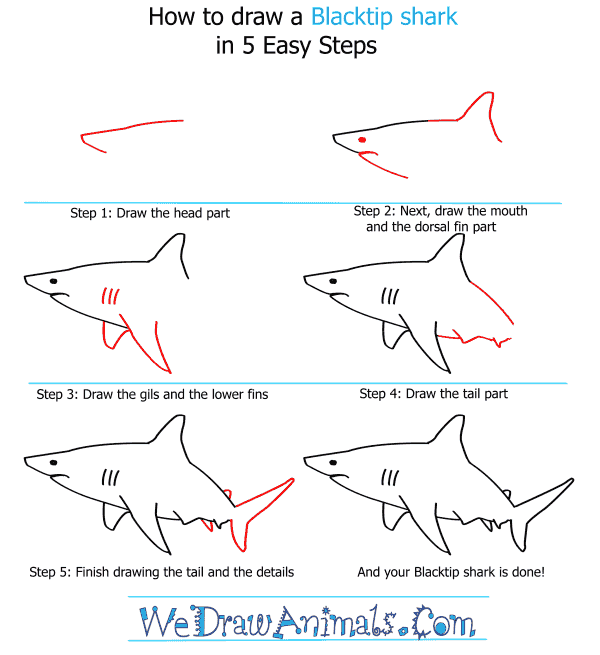 How to Draw a Blacktip Shark – Step-by-Step Tutorial