How to Draw a Black Rhinoceros 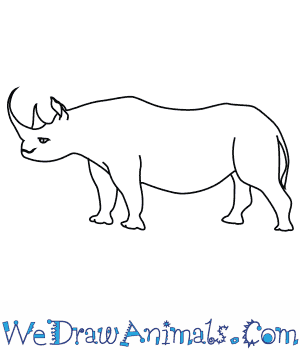 In this quick tutorial you'll learn how to draw a Black Rhinoceros in 8 easy steps - great for kids and novice artists.

At the bottom you can read some interesting facts about the Black Rhinoceros.

How to Draw a Black Rhinoceros - Step-by-Step Tutorial 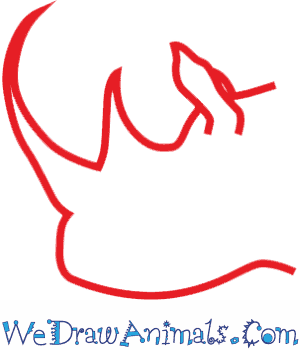 Step 1: The Black Rhinoceros is a creature that lives in Africa. They have sharp horns that are highly prized in some cultures for their healing powers, which has caused poachers to hunt them to near extinction. To draw a black rhinoceros, start by drawing his head. He has two horns, a long curved one in front, and a shorter straight horn behind it. Add the rhino’s chin and his ears. 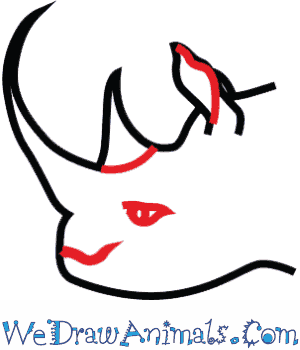 Step 2: Next, add a line for detail on his ears, and a line for his smile. Then add an eye. 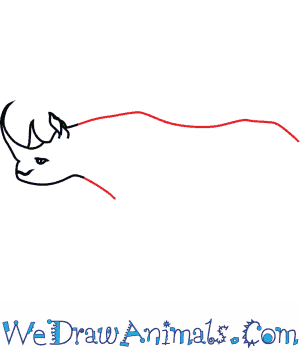 Step 3: Draw a long curving line for the rhinoceros’ back. His back is very strong! Add a small line behind his chin for his chest. 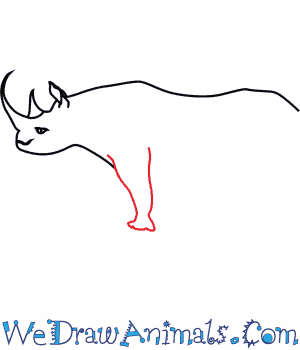 Step 4: Draw the rhino’s front leg by making a wide ‘V’ shape that ends in a foot. Rhinos have very short stumpy toes. 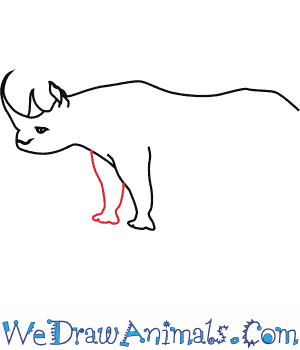 Step 5: Now draw the other front leg, just like the first. 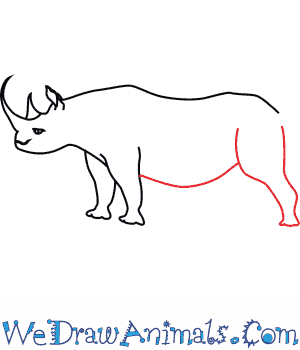 Step 6: Draw a wide rounded line for the belly, and another leg, but this time wider at the top for his haunch. 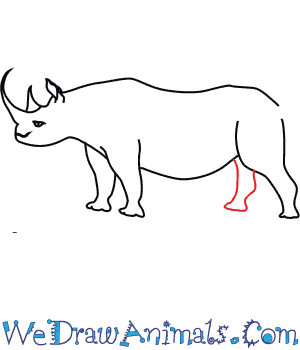 Step 7: Add a smaller back leg behind the first. 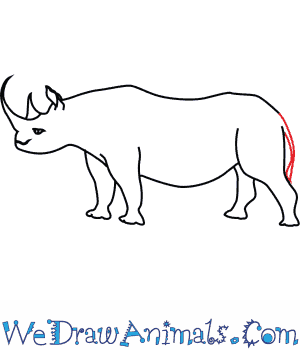 Step 8: Then add the rhino’s tail. It’s long and skinny with a bushy tuft at the end. Now you’re done! Unlike their names, black rhinos are actually dark gray or a brownish color.

Adult black rhinoceroses are between four and seven feet tall, and they are about nine to 12.5 feet long. They have a two-foot long tail. Their average weight is between 1,800 and 3,100 pounds. They have two horns on their head, which are an average of 20 inches long. 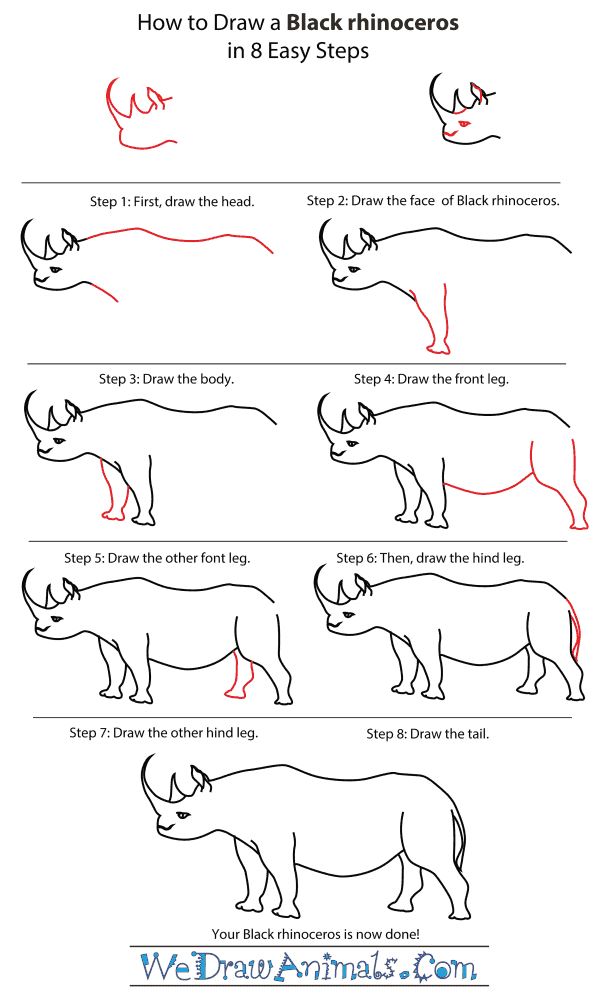 How To Draw A Black Rhinoceros – Step-By-Step Tutorial