How to Draw a Black Sea Bass 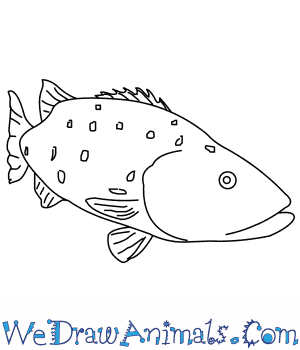 In this quick tutorial you'll learn how to draw a Black Sea Bass in 8 easy steps - great for kids and novice artists.

At the bottom you can read some interesting facts about the Black Sea Bass.

How to Draw a Black Sea Bass - Step-by-Step Tutorial 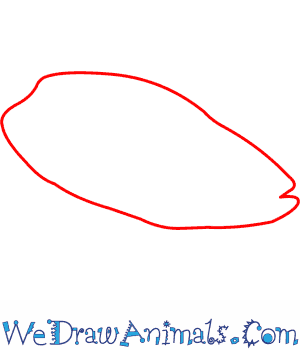 Step 1: Start by drawing the outline of the Black Sea Bass using gently curved lines as shown in the image. The body of the sea bass is shaped like a broad oval. Draw a groove at one end of the body for the mouth of the sea bass. 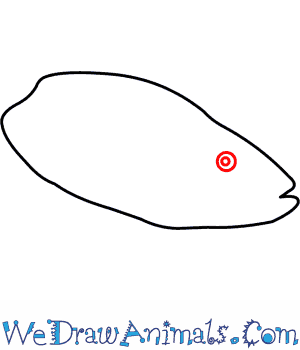 Step 2: Draw a tiny circle for the eye and then draw a small ring around it. 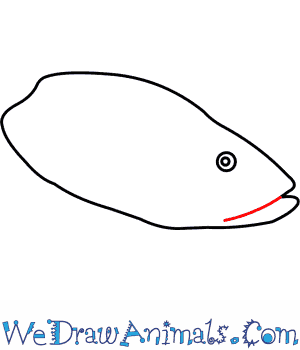 Step 3: Starting at the groove you drew in the first step, draw a small slanting line for the mouth of the Black Sea Bass. 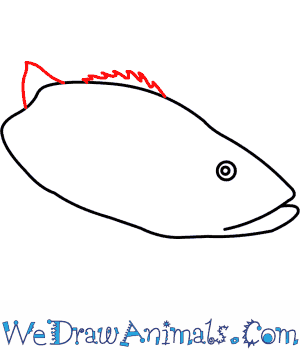 Step 4: Draw an arched, jagged line on the back of the sea bass. Draw the pointed end of the upper fin near the end of the fish's body using small, gently curved lines. 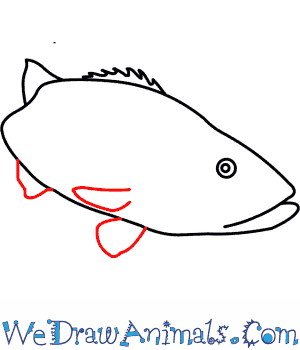 Step 5: Draw U-shaped curves for the two fins at the lower middle part of the Black Sea Bass. Draw a wavy line for the lower fin of the sea bass. 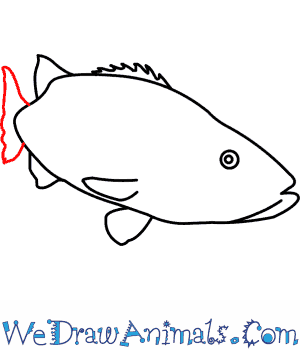 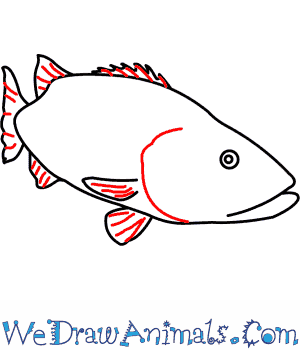 Step 7: Draw a C- shaped line to outline the gill openings of the fish. Then, draw small slanting lines across all the fins and the tail of the sea bass. 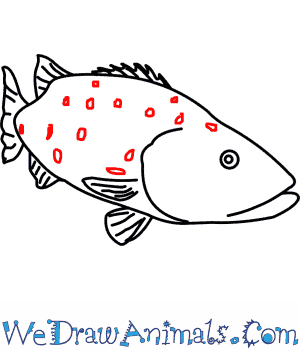 Step 8: To complete your drawing, draw some small, ring shapes to show the scales and body markings of the Black Sea Bass. After you finish your drawing, you can color it.

The Black Sea Bass is a plump, black or dusky brown fish with a paler belly, having fins with spots and bands of white. Growing slowly to reach about 2 feet and 9 pounds, the Black Sea Bass is also known as a sea bass, blackfish, rock bass, black bass, and tallywag. These fish are found in reefs and oyster beds down the U.S. east coast. Black Sea Bass migrate when the water temperature changes, moving to bays and coastal areas in the spring, then farther offshore in the fall.

Scientists have been aware since 2000 that the number of Black Sea Bass was decreasing. Part of the reason for the decrease is thought to be the gradual warming of the coastal waters, which affects fish reproduction. Overfishing is another reason the supply has dwindled, so strict limits have been placed on both commercial and recreational fishermen. When limits are met, fish cannot be sold and recreational areas are closed. These limits are working to protect the Black Sea Bass, whose numbers are now increasing. 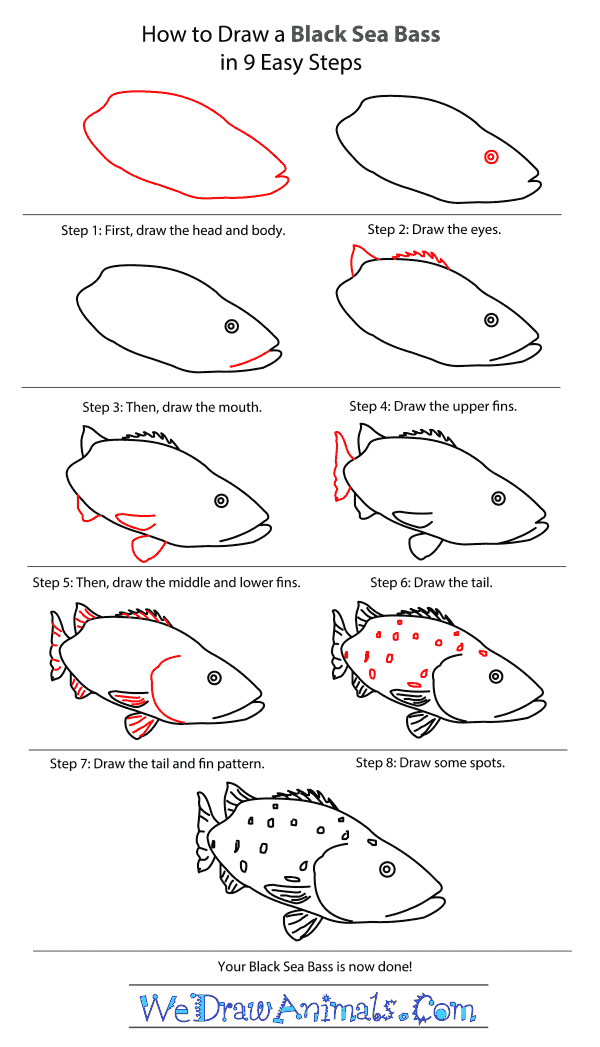 How to Draw a Black Sea Bass – Step-by-Step Tutorial