How to Draw a Blue Damselfly 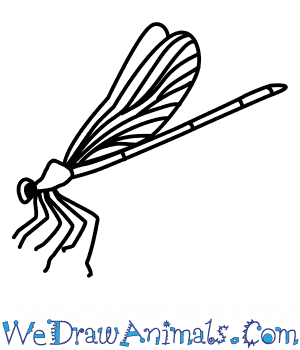 In this quick tutorial you'll learn how to draw a Blue Damselfly in 5 easy steps - great for kids and novice artists.

At the bottom you can read some interesting facts about the Blue Damselfly.

How to Draw a Blue Damselfly - Step-by-Step Tutorial 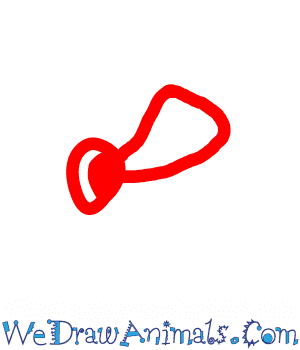 Step 1: First, draw a face with a big eye and a small body. 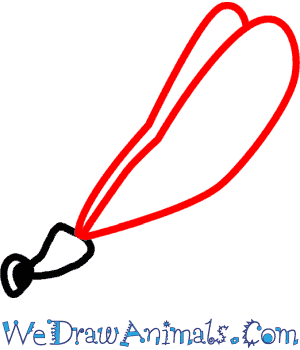 Step 2: Draw two long wings extending out of the back 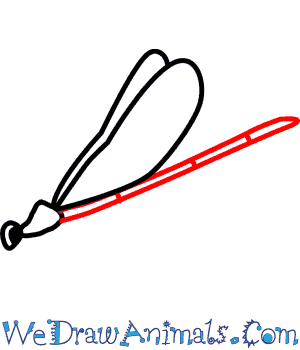 Step 3: Draw a long, horizontal stick beneath the wings that will serve as the rest of the body. Segment it off with a few lines. 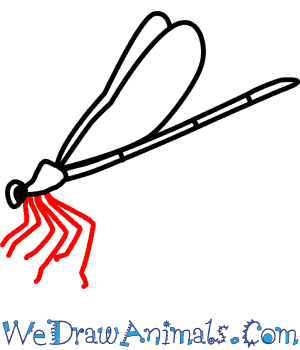 Step 4: On the front of the body, draw three pairs of thin, stick-like legs. 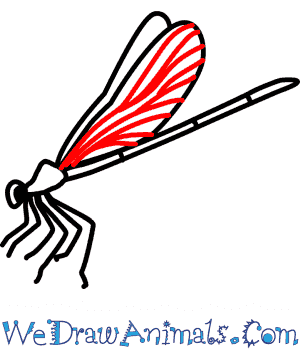 Step 5: Fill in the details of the wings with some lines.

Interesting Facts about the Blue Damselfly

Blue Damselflies are one of the most common species in Great Britain. While they are commonly confused with other blue damselfly species, the variations in the pattern markings make them distinguishable. They are predatory insects in the adult and larvae stage. They appear in May through September. Adults only live for twelve days (on average) so mating must occur quickly. Sometimes, they can remain larvae for up to three years, at which time they feed on water creatures.

Lesson Plan Idea – Create a math lesson – research how many eggs a female has on average. (300 for example) if each egg only lived for twelve days, and laid 300 eggs each of their own. How many damselflies would be born within a year?Expand this to say – only 147 made it to adulthood. The rest stayed larvae. 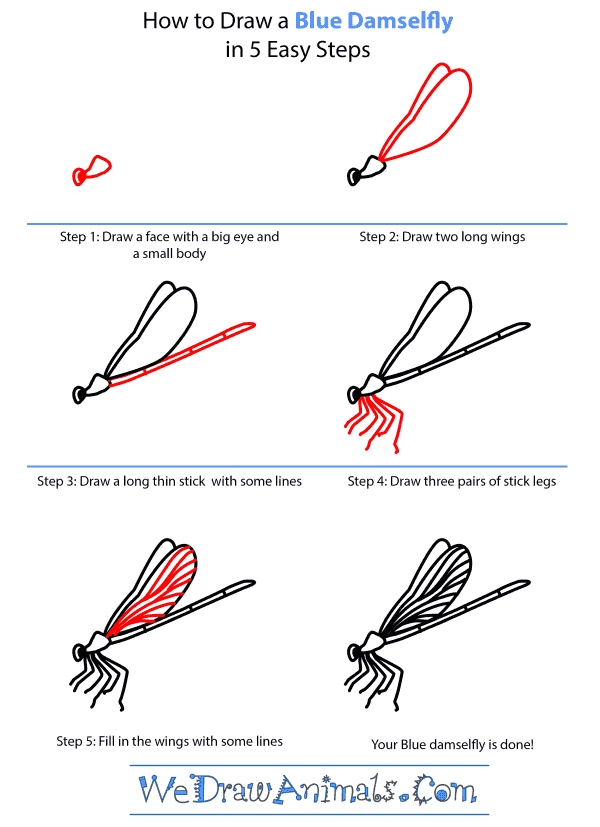 How to Draw a Blue Damselfly – Step-by-Step Tutorial