How to Draw a Blue Duck 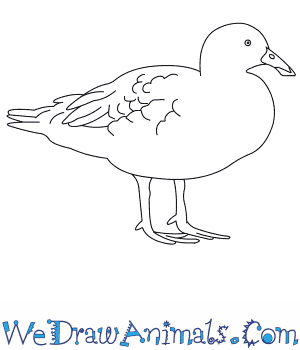 In this quick tutorial you'll learn how to draw a Blue Duck in 8 easy steps - great for kids and novice artists.

At the bottom you can read some interesting facts about the Blue Duck.

How to Draw a Blue Duck - Step-by-Step Tutorial 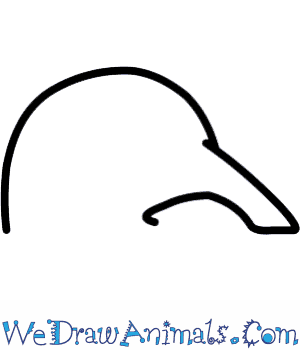 Step 1: First draw the head. Draw a sideways "C" shape. At the right side of the head draw a hooked bill. The end is squarish and hooks downward. 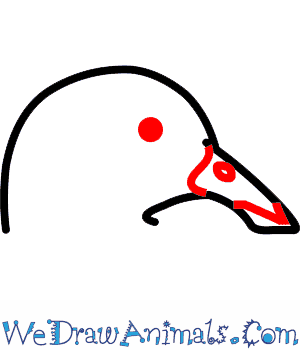 Step 2: Next draw the face. On the bill are two short lines and a small circle at the very top of the bill to make the nose. Just to the left of the bill draw a small dot to make the eye. 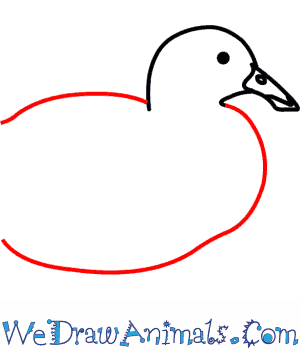 Step 3: Starting from the left head line draw a short line to the left. Curve it up and then back down. From the bottom of the bill line draw a very large curved line. Bend it sharply to the right and then curve it back around to the left. Finish the curve by angling it back up slightly. 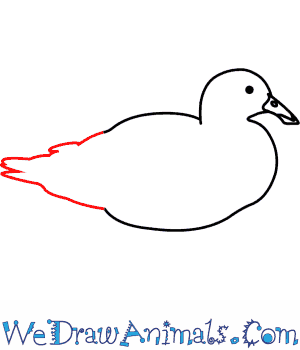 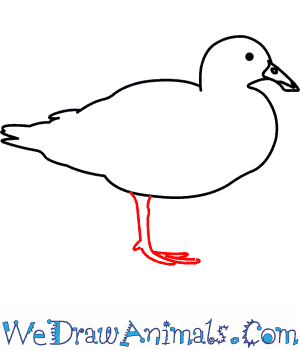 Step 5: At the very bottom of the belly line draw two straight lines down to make the leg lines. The leg is skinny. There are three long toes on the foot that point to the right. There is also a very tiny toe that points to the left. 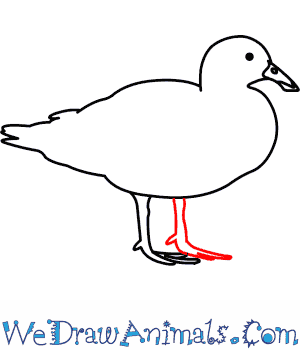 Step 6: To the right of the first leg draw another two straight lines down to make the second leg. The leg will be the same width and length as the first leg. There are only two toes pointing to the right. Make another tiny toe pointing left. 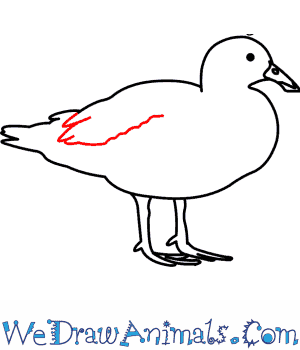 Step 7: Starting on the back line where the tail line starts draw a curvy "J" shaped curve to make the wing. Make it bumpy to show the feathers. 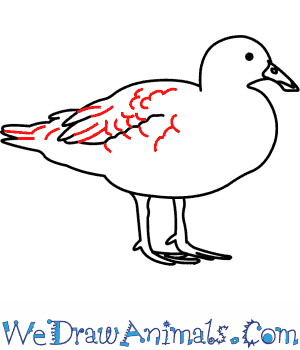 Step 8: Finally, draw short curvy "W" lines along the tail and the wing to make the feather patterns.

Interesting Facts about the BLUE DUCK

The Blue Duck is a member of the bird group and the scientific term for them is Hymenolaimus malacorhynchus. This blue-grey animal has a pale pink beak, mottled reddish-brown breast, and yellow eyes. The babies have less speckling on breast, a grey bill, and grey eyes. The voice of the male sounds like “fee-o” while the female has a rattling growl. This animal lives in New Zealand.

Its diet is made up almost completely of aquatic invertebrates, such as insect larvae. After the Europeans settled to the island, the birds began isolation into the mountains, which separated many breeding pairs, and exposed them to the predators that they were avoiding. These animals have a low individual amount from a small and severely fragmented population, which is causing a rapid decline for many reasons, mostly from the effects of introduced predators. As a result, they are considered to be endangered to the possibility of extinction. 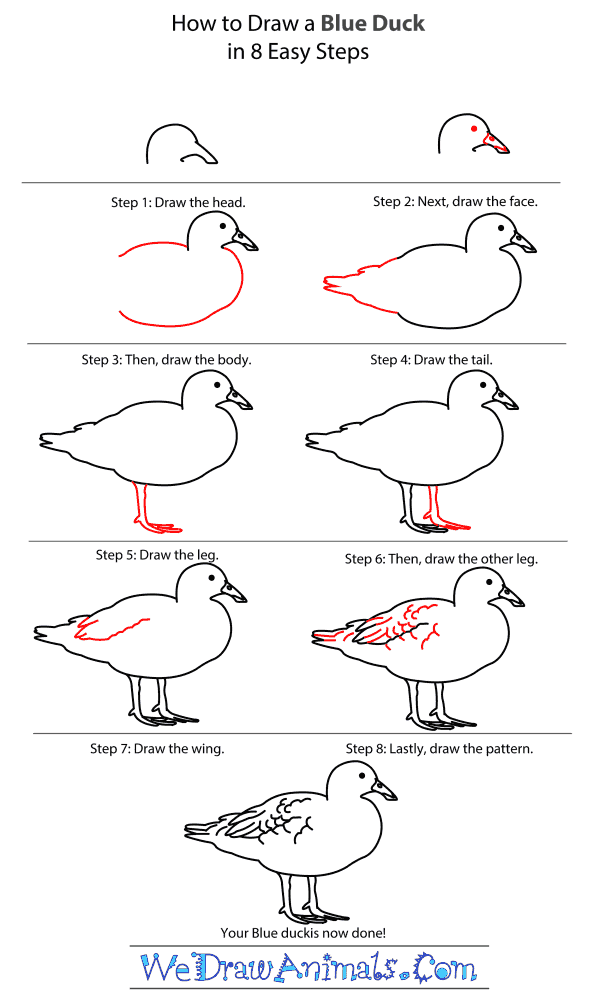 How to Draw a Blue Duck – Step-by-Step Tutorial