How to Draw a Blue Monkey 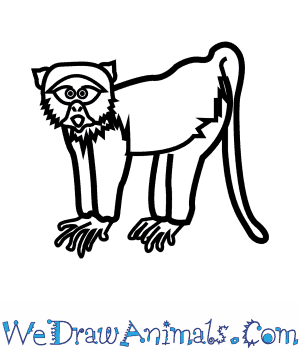 In this quick tutorial you'll learn how to draw a Blue Monkey in 6 easy steps - great for kids and novice artists.

At the bottom you can read some interesting facts about the Blue Monkey.

How to Draw a Blue Monkey - Step-by-Step Tutorial 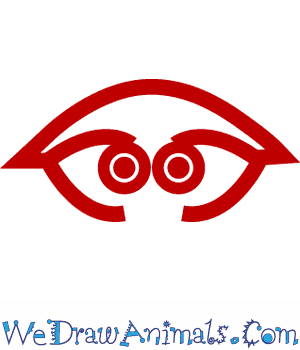 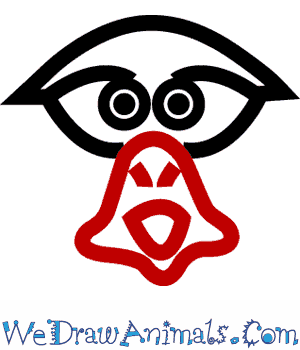 Step 2: Draw a bell-shape under the eyes. Add two lines on the top of it for nostrils and an oval for the mouth. 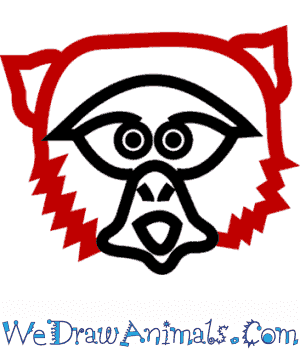 Step 3: Draw a big circle around the face, that zig-zags along the bottom of it. Add a triangle on each side of the head for ears. 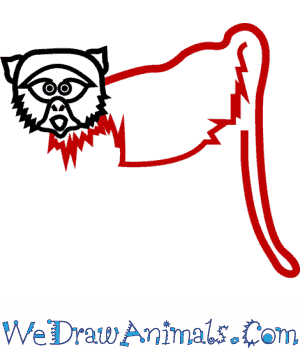 Step 4: Draw a line behind the head that angles up, and a zig-zag line under the head. Connect the two lines with a curve and add a long curved tail at the back. 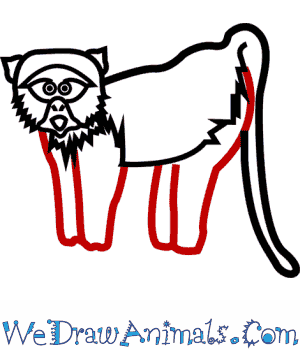 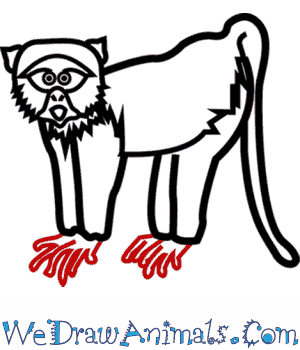 Step 6: At the end of each leg, draw four long toes. Done! You can color it in with a greyish body, dark head, and a yellowish patch on the forehead.

Blue Monkeys are found in the jungles of Africa. They live in trees where there is plenty of food and shelter. They 50 to 65 centimeters long and have a gray color fur. They live in groups of 1 male with lots of females and babies. That male is the mate of all the females and protects them from other males and predators. Blue Monkeys usually eat fruits and leaves, but they will eat a worm and slugs. When another group or male tries to move in on the territory the females will defend their home with the alpha male. When the alpha male loses the fight, he is replaced by the male from the other group.

Activity: A child’s game called “Red Rover, Red Rover” is fun way to children teach about territory. Line the class up in two lines and choose a side to go first. The children in each line hold hands to form a chain. The first line announces “Red Rover, Red Rover, send (student name) right over!” Then the called student from the other line leaves the line and runs straight for the linked hands. If the child can break the line, then they can pick someone from the line to join their line and stay with their team. If the child doesn’t break the line, then they have to join the opposing team’s line. The lines will keep getting shorter and shorter until only one person is left on a team. The chain with the most links wins the game. 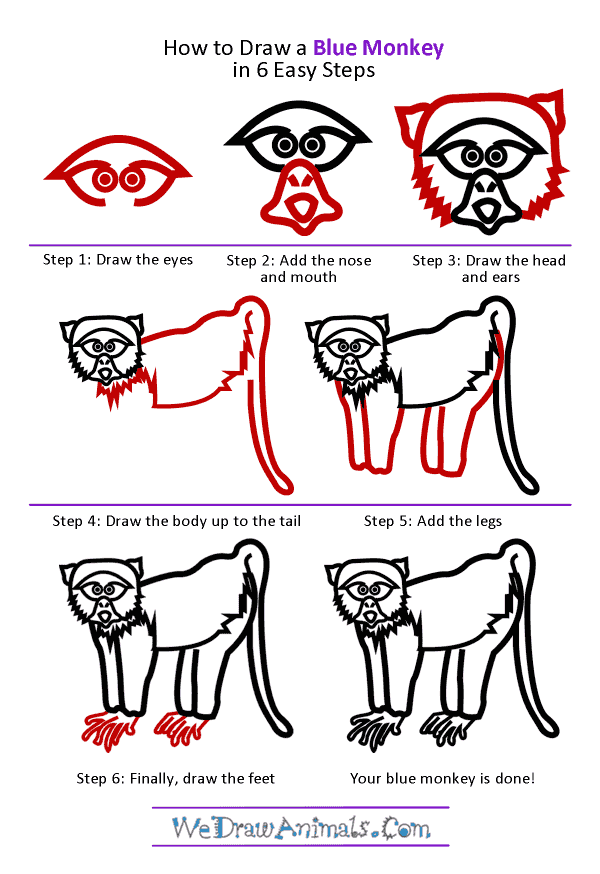 How to Draw a Blue Monkey – Step-by-Step Tutorial