How to Draw a Blue Tang 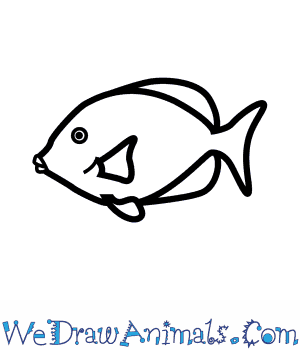 In this quick tutorial you'll learn how to draw a Blue Tang in 4 easy steps - great for kids and novice artists.

At the bottom you can read some interesting facts about the Blue Tang.

How to Draw a Blue Tang - Step-by-Step Tutorial 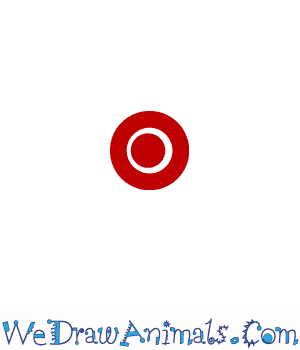 Step 1: Draw a circle with a dot in it for the eye. 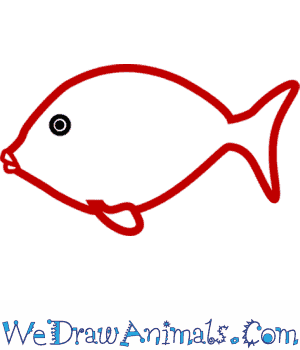 Step 2: Draw two big curves around the eye that meet at pointed ends. Add two small curves for lips on one end and a curved triangle on the other end for the tail. Draw a curve on the bottom of the body. 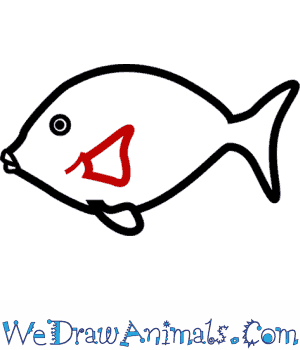 Step 3: Add a curve that attaches to a triangle under the eye. 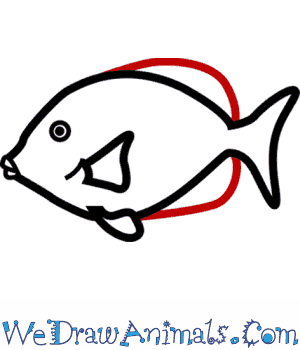 Step 4: Add two curves that go from the middle of the body to the tail. You did it! You can color it with a yellow tail and a yellow spot on the fin, with black patterns along the back, and the rest blue. These fish mostly eat plankton. Dory from Finding Nemo is a blue tang! Blue tang are mostly used by humans as bait for other fish or pets, but they do not do well in captivity and are important to the health of the coral reef, so many environmentalists are against keeping them.

Blue Tangs are coral reef fish in the Atlantic Ocean. They grow to about 16 inches and start out in life as yellow. As the fish grow older they develop a bright shade of blue. Blue Tangs are found near the coasts of Florida and the Bahamas. Groups have also been found north of New York and near Brazil. Their food is algae and in some places they eat krill, which is a small crustacean. In the coral reefs a Blue Tang is known to be a “cleaner fish.” Cleaner fish are fish that eat the algae and other things like dead skin and parasites off larger fish. These fish are very helpful in preventing disease and other health issues in other fish.

Lesson Plan Note: Draw two Blue Tang fish side by side. Make copies and distribute it to the students. Set out crayons, markers, and colored pencils, then ask the students to color one Tang in its juvenile colors and the second in its adult colors. 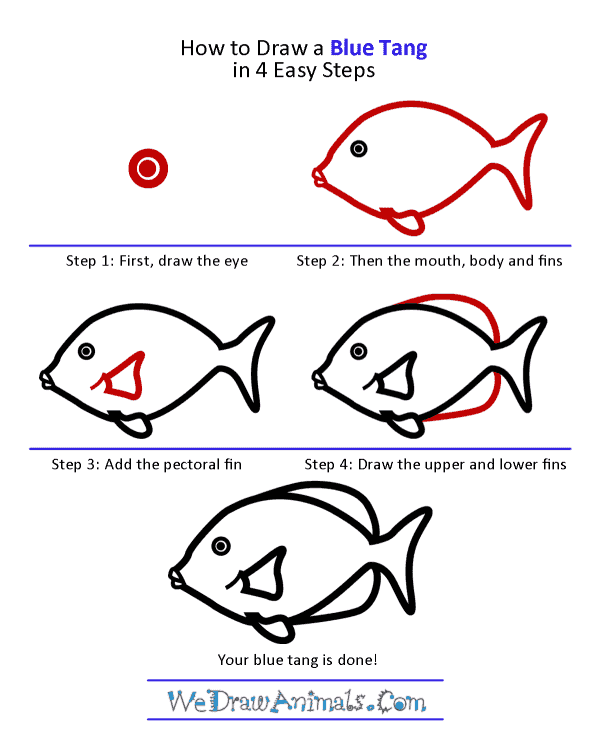 How to Draw a Blue Tang – Step-by-Step Tutorial