How to Draw a Blue Racer 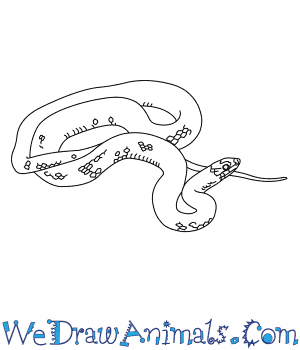 In this quick tutorial you'll learn how to draw a Blue Racer in 5 easy steps - great for kids and novice artists.

At the bottom you can read some interesting facts about the Blue Racer.

How to Draw a Blue Racer - Step-by-Step Tutorial 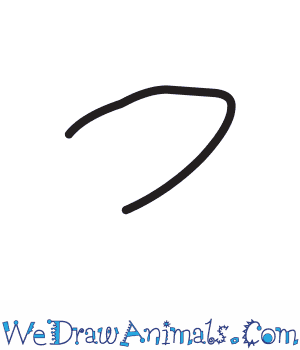 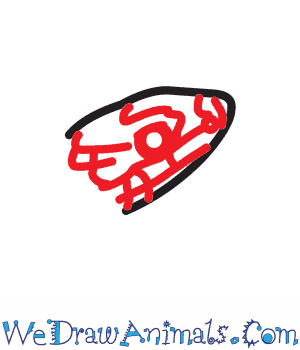 Step 2: Next, draw the detailed face by making a small circle for the eye in the middle of the head with lines that extend in all directions from the eye. 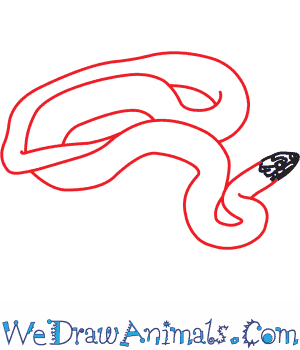 Step 3: Then, draw the body by making one line from each side of the snake's head. Have each line mirror the other. Wrap the body of your snake around itself in any way you see fit. 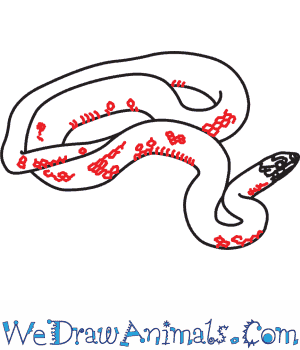 Step 4: Draw the pattern of your snake by making small diamonds and little lines in various places along the body. 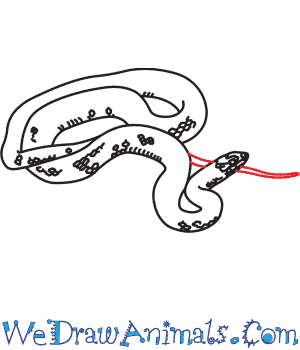 Step 5: Have the tail come from where your snake's body ends. The tail should become progressively thin until finally coming to a point at the tip. With that, your Blue racer is complete!

Interesting Facts about the Blue Racer

Blue Racers live up to their name with dark to bright blue scales that cover their entire body, they’re also fast for a snake able to reach up to 4MPH. They use that speed to catch their prey, since they are non-venomous Blue Racers have to constrict their prey. Even though their non-venomous they can still inflict a painful bite when they’re cornered or annoyed which is usually when they are around humans.

Lesson plan note: Blue Racers are one of the biggest snakes in Ontario and big for snakes in their family, at 5 feet long. To help students understand how big that is draw a Blue Racer with measurements next to it. Then have students line up next it to see how big they are compared to a Blue Racer. 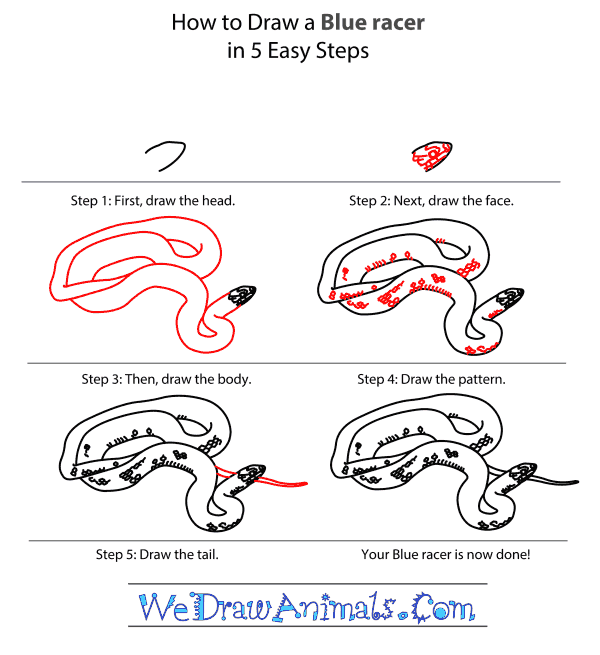 How to Draw a Blue Racer – Step-by-Step Tutorial