How to Draw a Blue Tit 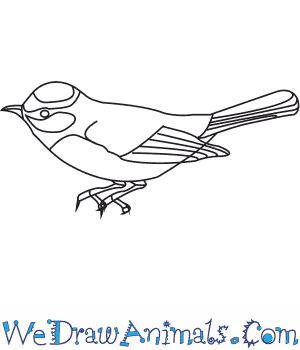 In this quick tutorial you'll learn how to draw a Blue Tit in 6 easy steps - great for kids and novice artists.

At the bottom you can read some interesting facts about the Blue Tit.

How to Draw a Blue Tit - Step-by-Step Tutorial 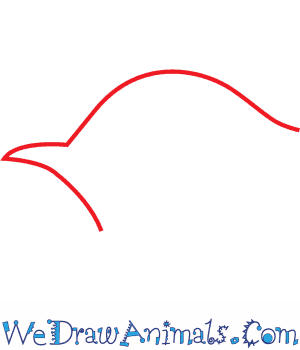 Step 1: Draw a half circle. Extend one line straight to form the top of the beak, and add the neck. 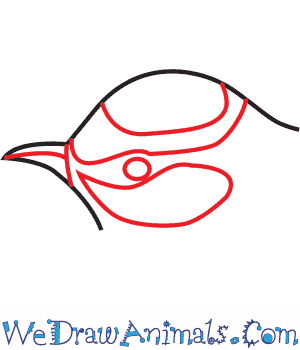 Step 2: Make two circles at the top of the head. Draw an eye, then make a teardrop shape under it. Add a line through the middle of the beak. 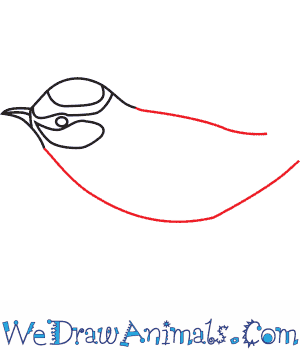 Step 3: Next, we draw two curved lines to make the body. 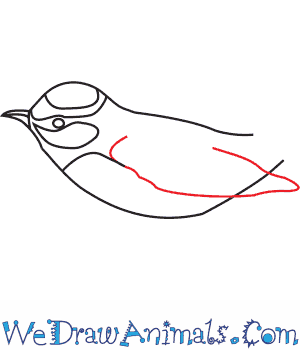 Step 4: Draw an oval with a pointy end that extends past the bird's body for the wing. 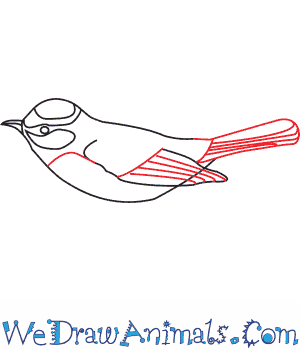 Step 5: Make a curved line near the body and bend it to the wing. Next draw a line dividing the wing in half. On the lower half, add straight lines to make feather details. The tail is a rounded rectangle. Add straight lines for feathers here too. 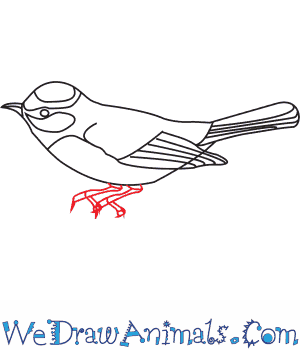 Step 6: Last, draw the feet. They look like upside down letter Y. You're done! To color your blue tit, make the head, wings, and tail blue. The face is white with a black burglar type band across its eyes. The belly is yellow.

Interesting Facts about the BLUE TIT

The Blue Tit is a member of the bird family and the scientific term for them is Parus caeruleus. Another common name for this species is the Eurasian Blue Tit. It is a relative of the Passerine bird, which has three toes pointing forward and one backward. This is in the Paridae family because it is found in the Northern Hemisphere and Africa. They have a white face, pale blue on top, and pale yellow underneath.

This species is popular for hanging upside down while looking for food. They call to humans when begging for food, and summon each other when warding off a predator as a team. These birds eat mostly insects and spiders, but also seeds and plants. There are not many of these creatures, but they are the least concern for a possibility of extinction. 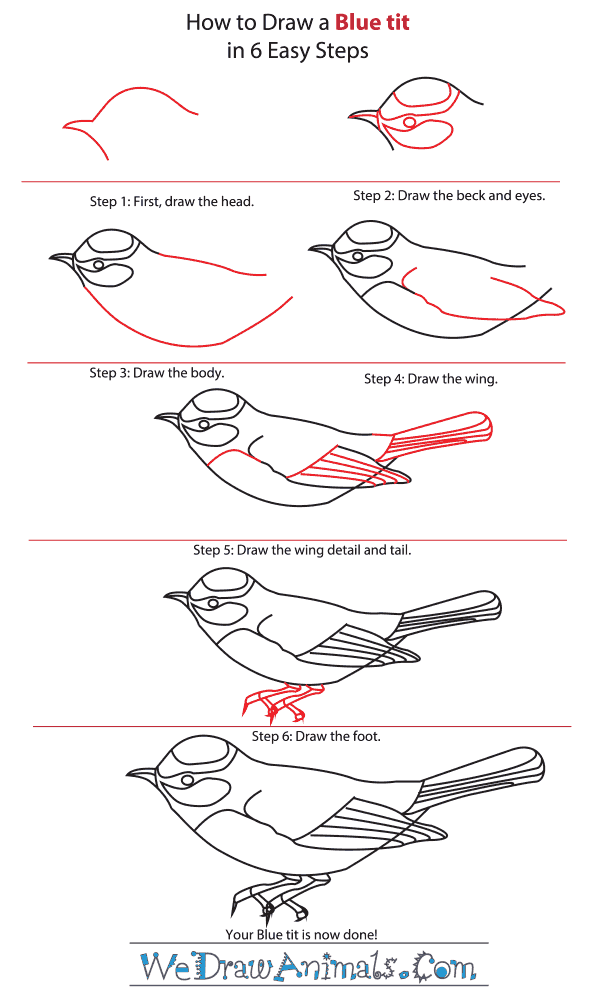 How to Draw a Blue Tit – Step-By-Step Tutorial