How to Draw a Binturong 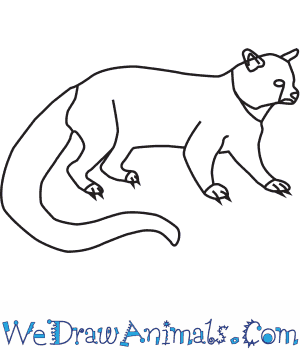 In this quick tutorial you'll learn how to draw a Binturong in 8 easy steps - great for kids and novice artists.

At the bottom you can read some interesting facts about the Binturong.

How to Draw a Binturong - Step-by-Step Tutorial 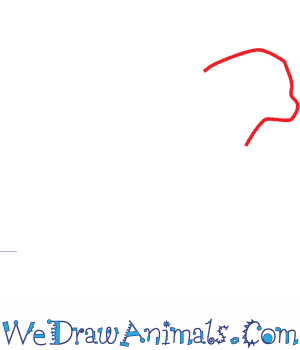 Step 1: First, we draw the head of the Binturong. It is shaped like a closed fist. Make sure to bump out one spot on the side. 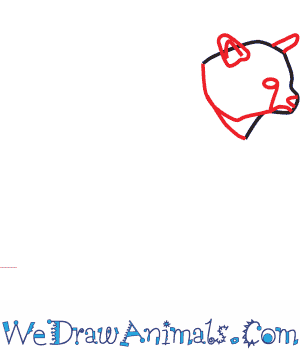 Step 2: The binturong is also called a bearcat. Draw pointy cat like ears. Give it a small oval for the eye with a line going down to the chin. Now draw a triangle for the nose. Add a line going from the back of the head to the nose, and another that separates the head from the neck. 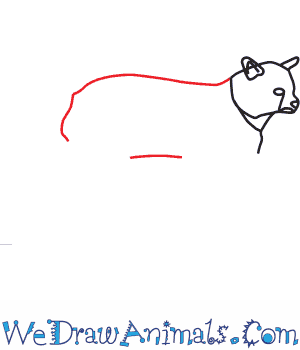 Step 3: Draw the body. The top line gently curves downward, with a small point at the rump. Make a straight line at the bottom, leaving space for the legs. 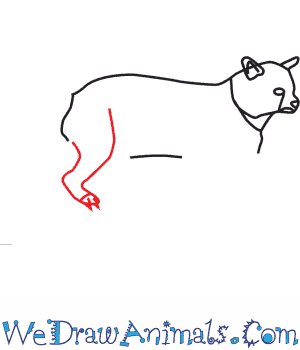 Step 4: These animals spend lots of time climbing and living in trees, so they have small, strong legs with sharp claws. Draw two curved lines for the hind leg leading into the foot. Add the claws. 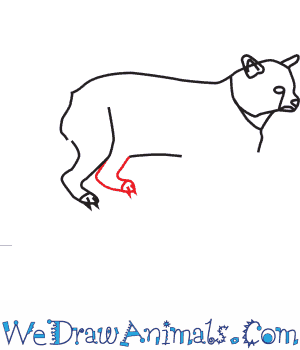 Step 5: The other hind leg comes next. It is two L shapes coming down into the foot. Add claws on this foot too. 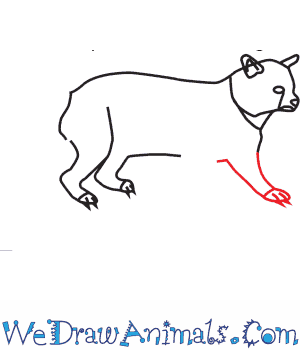 Step 6: You're an expert at the legs now! The front is the same, the lines are just a little straighter. 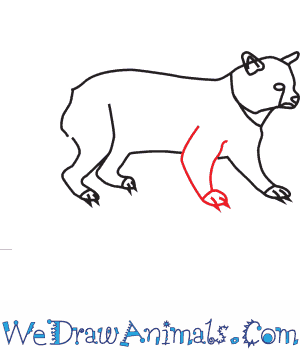 Step 7: Onto the last leg. Two more straight lines leading down into a foot with claws. 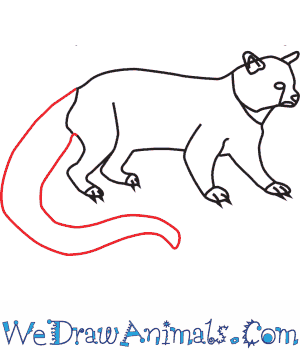 Step 8: Last, draw the tail with some wavy lines. The tail is very long, helping the binturong stay balanced up in the trees it calls home. To add details, the binturong has shaggy black or brown fur and whiskers.

Interesting Facts about the BINTURONG

The Binturong is a member of the mammal family and the scientific term for them is Arctictis binturong. Their Latin name Arctictis is derived from the Greek language, bear (Arkt)-weasel (iktis). Another common name for this animal is the Bearcat, since their appearance is similar to both a bear and a cat.

Their habit is more closely related to the cat, since they are mostly mobile during the day and night, climbing a lot, usually trees, and sleeping above the ground. They have a wide body with thick black hair. The big face and small ears are round, and the nose is turned up at the end. Their bushy tail can wrap around tree branches like a monkey, and they only live in tall forests. This species is often captured and domesticated for use as a pet, but they are temperamental. Since there are so few of these creatures, they are vulnerable to extinction. 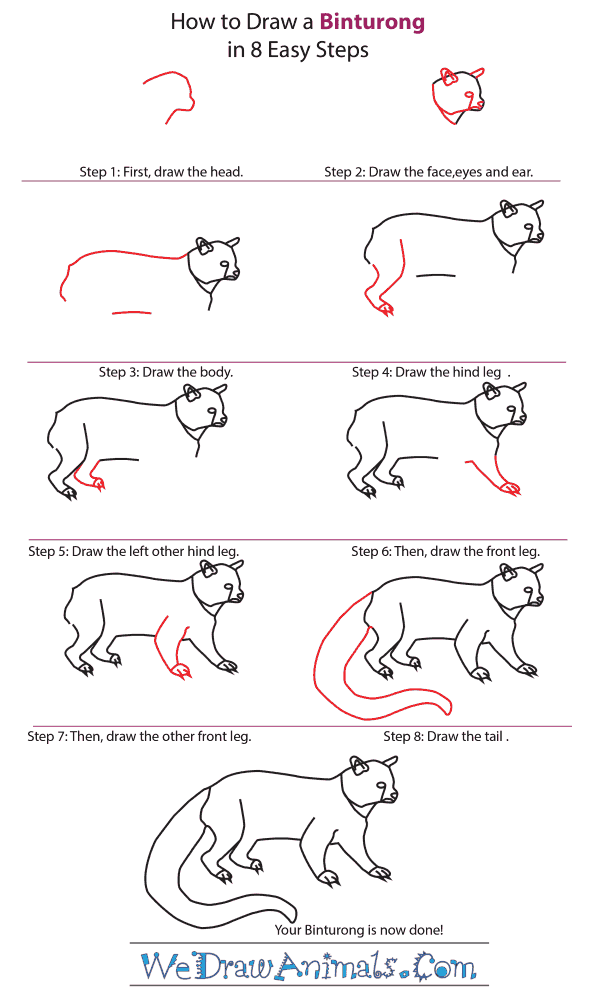 How to Draw a Binturong – Step-By-Step Tutorial