How to Draw a Bobcat

In this quick tutorial you'll learn how to draw a Bobcat in 9 easy steps - great for kids and novice artists.

At the bottom you can read some interesting facts about the Bobcat.

How to Draw a Bobcat - Step-by-Step Tutorial 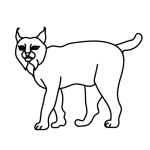 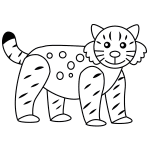 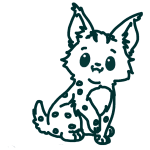 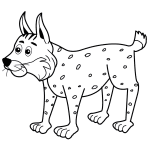 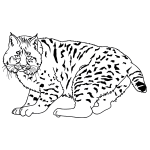 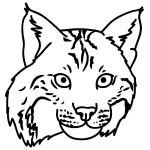 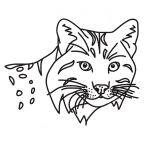 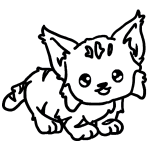 Bobcats live in North America, and can sometimes be spotted in people’s backyards. They are the most common wildcats in North America. They mostly live in forests, swamps, and deserts. They can survive almost anywhere.

Bobcats are hunted by humans for their fur. At one point, they were almost endangered, but laws have been put in place to protect them. There are about 1 million bobcats in the United States alone. 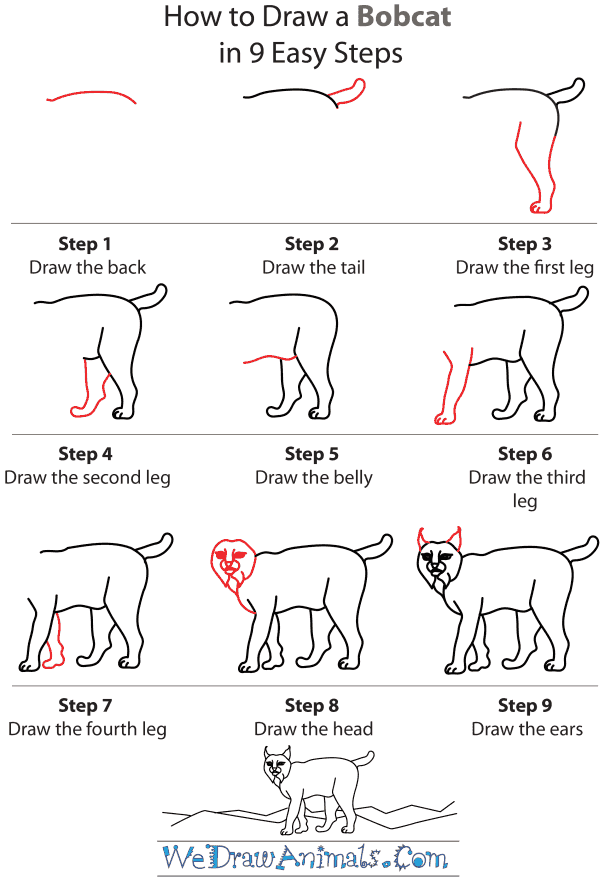 How To Draw A Bobcat – Step-by-Step Tutorial