How to Draw a Boubou Shrike 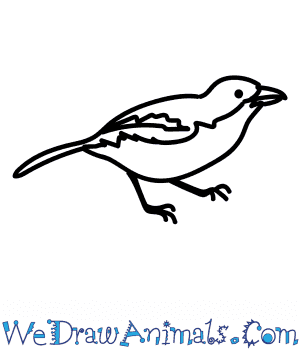 In this quick tutorial you'll learn how to draw a Boubou Shrike in 6 easy steps - great for kids and novice artists.

At the bottom you can read some interesting facts about the Boubou Shrike.

How to Draw a Boubou Shrike - Step-by-Step Tutorial 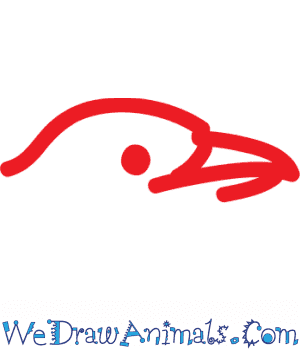 Step 1: Get a "birds eye view" - start by drawing the head 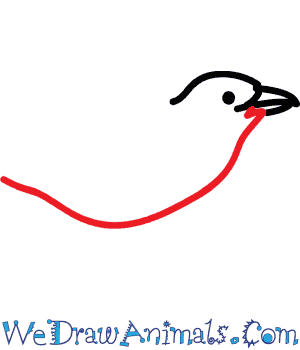 Step 2: Make a curved line starting at the beak, to create the belly 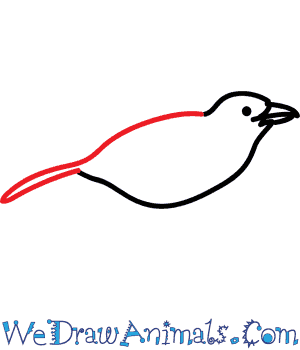 Step 3: Extend the line from the top of the head to create the back and tail 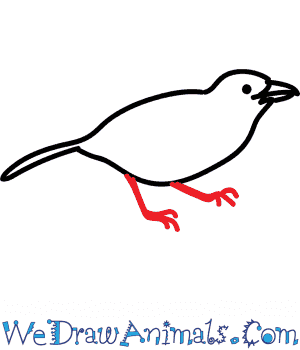 Step 4: Draw two legs, they need to be thin! 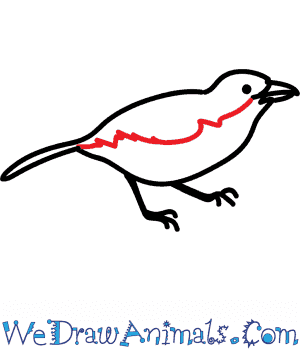 Step 5: Draw a crooked line down the middle of its body (from head to tail) Step 6: Add another crooked line above that for its wing

Interesting Facts about the Boubou Shrike

Also called the southern boubou, this bird is a member of the bushrike family, an African species of bird that is found in scrub and open woodland, and dines on insects. They are common throughout south eastern Africa, mainly Zimbabwe, Botswana, Mozambique and South Africa. Their preferred habitats include dense forests, gardens and riverside woodlands. Males and females of this species are similar in appearance, including in size, and reach up to twenty-two centimeters in length. The upper parts of the body are black with a white stripe on each wing, and their tails are long and black with white outer feathers. Most of their bodies are in fact black, including their eyes, legs and beaks. Unlike other species of bushrikes, the boubou shrike is a considerably “shy” species, as it does not prefer to spend much time out in the open. Did you know?

Up to two percent of all boubou nests are infested with black cuckoos as parasites. All nests are built by the females of the species, with males having no involvement in the nest-building process. However, both the male and female parent birds will bring food to their offspring. 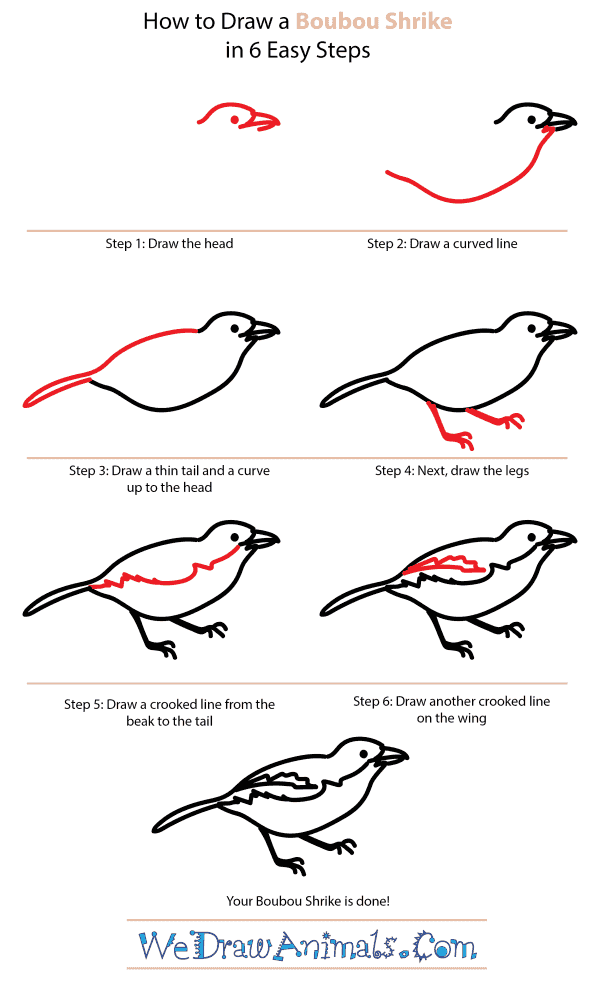 How to Draw a Boubou Shrike – Step-by-Step Tutorial