How to Draw a Brain Coral 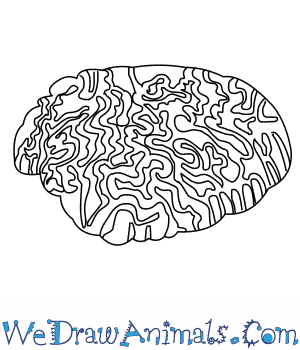 In this quick tutorial you'll learn how to draw a Brain Coral in 7 easy steps - great for kids and novice artists.

At the bottom you can read some interesting facts about the Brain Coral.

How to Draw a Brain Coral - Step-by-Step Tutorial 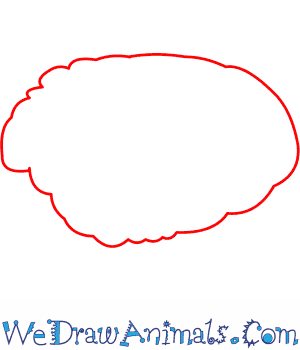 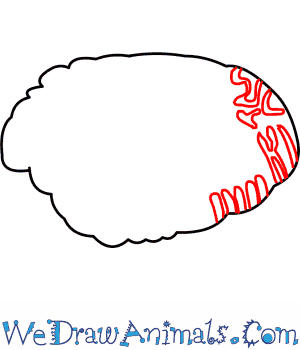 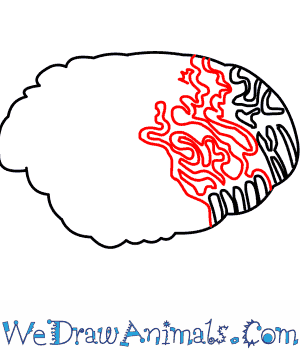 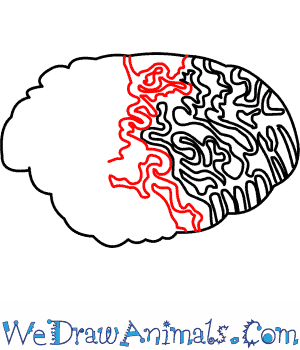 Step 4: Keep drawing the groove patterns in the center of the Brain Coral’s body. Make the wavy lines bigger than the lines at the edge of the coral. 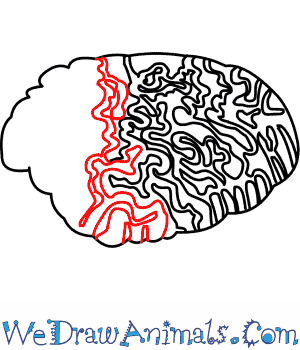 Step 5: Draw the groove patterns in the left middle part of the coral’s body as shown in the image. 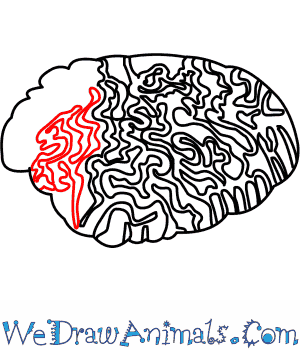 Step 6: Next, draw squiggly lines in the lower left part of the Brain Coral’s body. 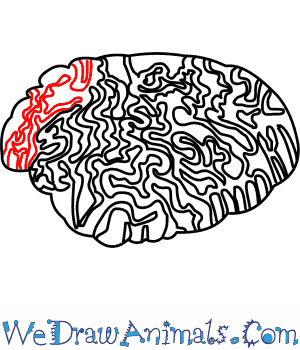 Step 7: Finally, draw the groove patterns in the top left part of the Brain Coral’s body to complete the drawing. After you have finished drawing the Brain Coral, you can color it.

The Brain Coral is so called because of its resemblance to a human brain. The beautiful, twisting, maze-like grooves on the Brain Coral’s surface are actually thousands of tiny animals called coral polyps, lying close together to make up the entire coral colony. The Brain Coral takes hundreds of years to grow into an enormous mound, sometimes 7 feet in diameter and weighing several tons, and it comes in all the colors of the rainbow. Brain coral can be found in shallower warm parts of the Pacific Ocean, Indian Ocean, and Red Sea, where its massive size allows it to stand up to strong waves and ocean currents.

The suggestion of recent studies that the average global atmospheric temperature is rising has prompted scientists to predict that sea surface temperatures will also rise and have negative effects on coral development. There are other stresses to coral reefs, including poisoning and smothering from farm and factory chemicals, oil spills, and sewage, and damage from human tourists snorkeling and diving in the reefs. Many countries surrounded by coral reefs have created laws, such as Bermuda’s No Take Area laws, to help protect the growth and development of this natural resource. Time will tell how effective these laws are. 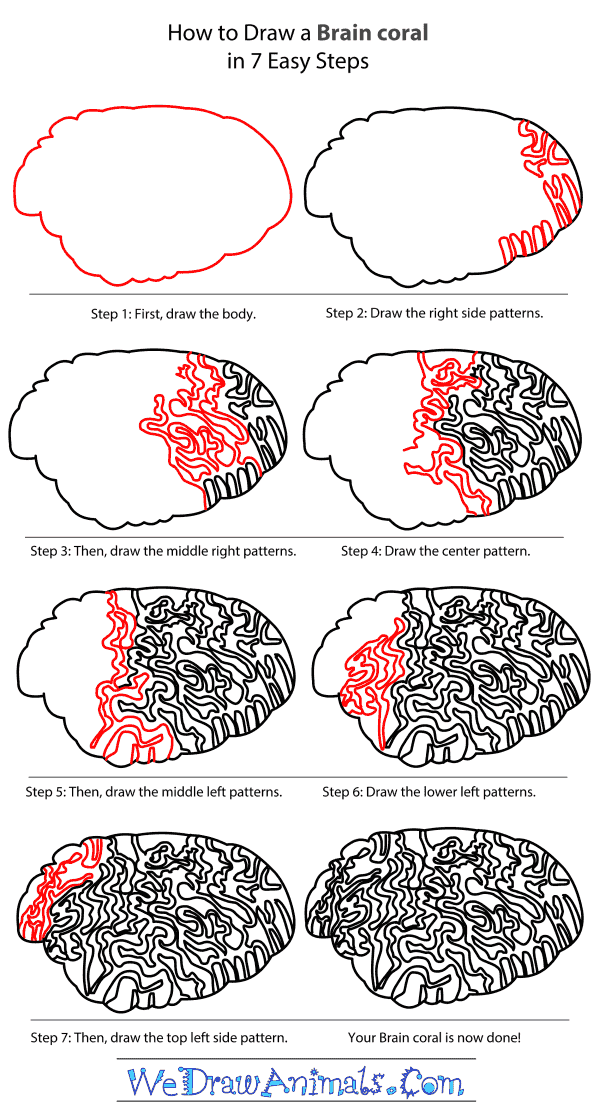 How to Draw a Brain Coral – Step-by-Step Tutorial

Next post: How to Draw a Chinese Giant Salamander