How to Draw a Bronze Whaler In this quick tutorial you'll learn how to draw a Bronze Whaler in 5 easy steps - great for kids and novice artists.

At the bottom you can read some interesting facts about the Bronze Whaler.

How to Draw a Bronze Whaler - Step-by-Step Tutorial 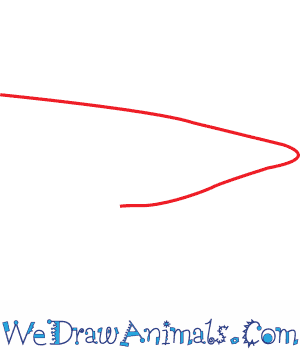 Step 1: First, draw a shape like the tip of a pencil for your bronze whaler's head. 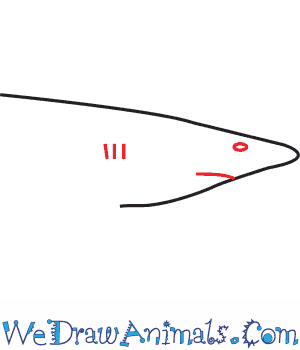 Step 2: Draw three vertical lines for the gills. Add an eye and a mouth. 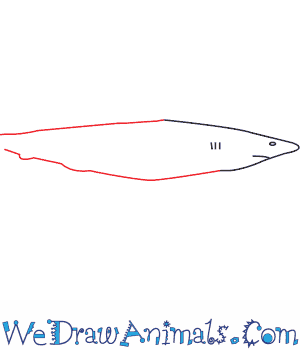 Step 3: Make two more lines to draw the rest of the body. This is a big shark! 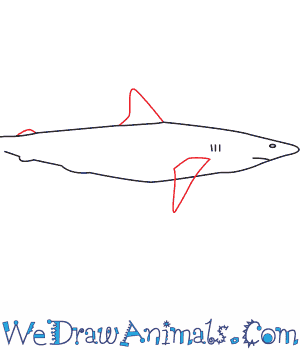 Step 4: Let's draw the fins. The top fin looks like a triangle with a dent in it. A small triangle goes on top near the tail. Finally, on the side of the shark, draw a fin that looks like a wing. 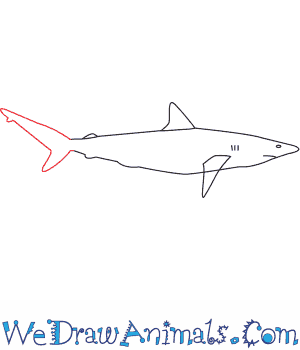 Step 5: Last is the tail. It is a sideways V with one side larger than the other. Add a small bump to the top end of the tail. That's it, you're done!

Interesting Facts about the BRONZE WHALER

The Bronze Whaler is a member of the fish family and the scientific term for them is Carcharhinus brachyurus. This animal also commonly goes by the name of Copper Shark or Narrowtooth Shark. “Brachy-urus” means “short-tail” in the Greek language. They have been referred to as a “whaler” because of their typical consumption of captured mammals from whale vessels as it is brought aboard.

It is classified as a Near Threatened species. The fish lives in temperate waters and have live birth. Although they are found in most parts of the world, they stay closer to the shore than the open sea. They have an arched neck, a few eyelids, hooked teeth, but the metallic shine is their most unique characteristic. It can travel alone or with hundreds of individuals. This is the only animal of its genus. 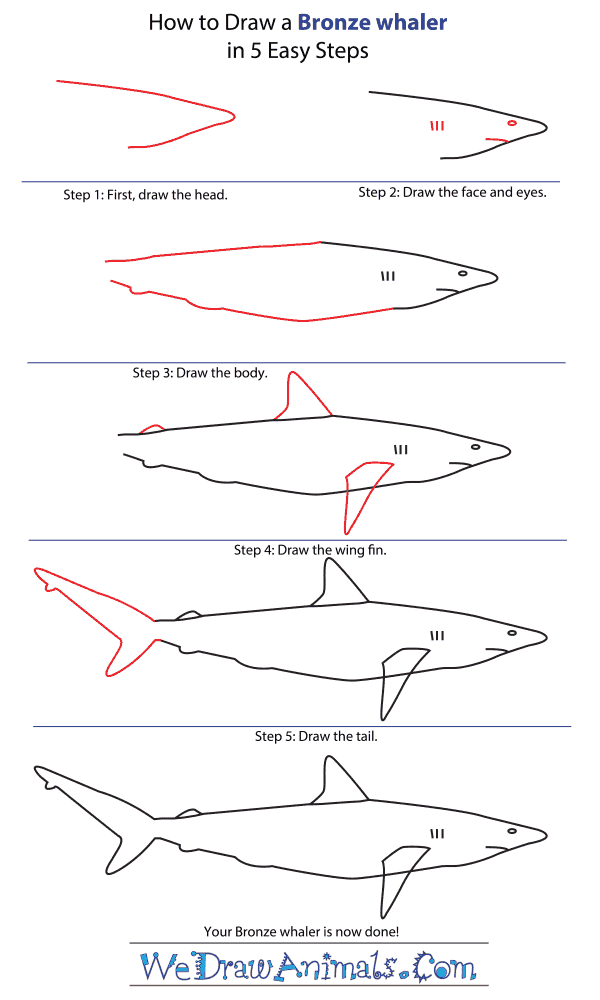 How to Draw a Bronze Whaler – Step-by-Step Tutorial