How to Draw a Black Grouse 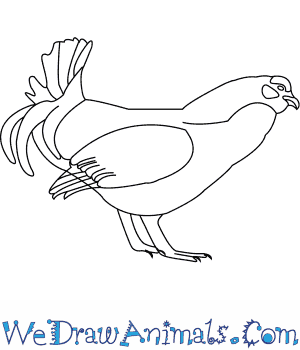 In this quick tutorial you'll learn how to draw a Black Grouse in 7 easy steps - great for kids and novice artists.

At the bottom you can read some interesting facts about the Black Grouse.

How to Draw a Black Grouse - Step-by-Step Tutorial 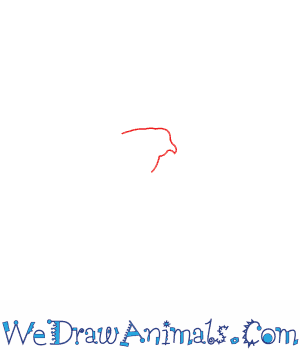 Step 1: Draw a slightly bumpy line with a short, sharp curve. Make a small hooked triangle for the beak. Make the line a little bumpy as you go down a bit more.

Step 2: Next, add the beak and eyes. Draw a V with a circle on top right at the high point of your bird's head, right above the eye. Draw a rounded triangle just below the eye. Next, draw a line that looks like a question mark on its side. 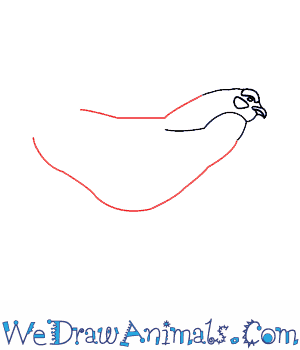 Step 3: Now, we draw the body. Make a wide, fat V shape for the bottom and a an angular line for the top. These are very large birds! 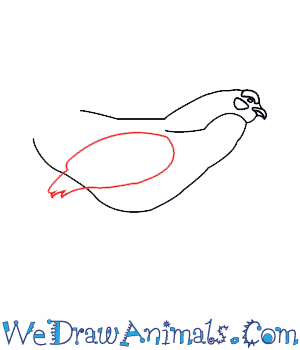 Step 4: To make it look more realistic, we can add some lines to make it look like there are feathers in the wing. Just draw some straight lines with a bend in them.

Step 5: Next, we draw an oval shape with some feathers poking out near the bottom to give it more detail. 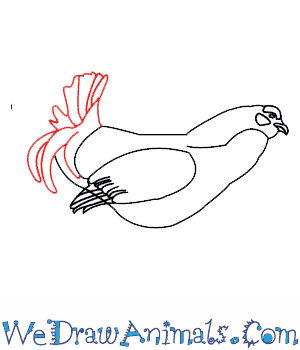 Step 6: This next step can look seem difficult, so take your time. For the bottom half of the tail, draw three crescent shapes. Make an M in the middle. The top part is a bumpy line. Add some line details and it'll look great. 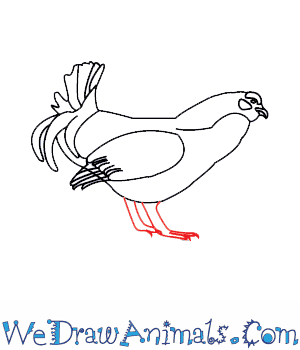 Step 7: Last, we draw the feet. The lines are straight and slightly angled, with a few toes at the end of the foot. Congratulations, your black grouse is now finished. To color it, the head is black except for the red spot above the eye. Its neck and back are a deep blue. The wings are black with white details, and the tail is mostly white!

Interesting Facts about the BLACK GROUSE

The Black Grouse is a member of the bird family and the scientific term for them is Tetrao tetrix. This animal also commonly goes by the name of Blackgame. Only one of the genders live up to their name, as the female is brownish grey instead of black like the male, although he has a red crown and white fringe. As a result, they have Blackcock and Greyhen as their nicknames.

The name “Tetrao tetrix” is Greek for the word gamebird. They live in moist woodlands of Europe and Asia. He makes a dove-like sound, while the female cackles. They have a complicated courtship routine, which begins in springtime, where the male struts around in their usual area while making a loud sound. This species is disappearing from their habitats, but they’re not yet endangered. 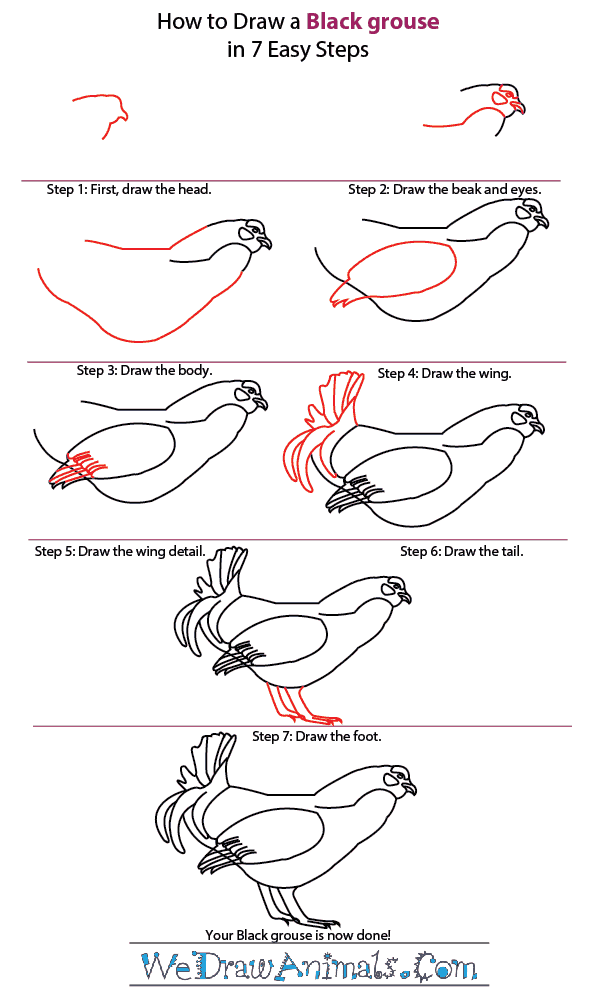 How to Draw a Black Grouse – Step-by-Step Tutorial