How to Draw a Black Coral 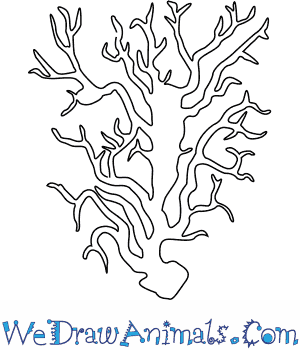 In this quick tutorial you'll learn how to draw a Black Coral in 5 easy steps - great for kids and novice artists.

At the bottom you can read some interesting facts about the Black Coral.

How to Draw a Black Coral - Step-by-Step Tutorial 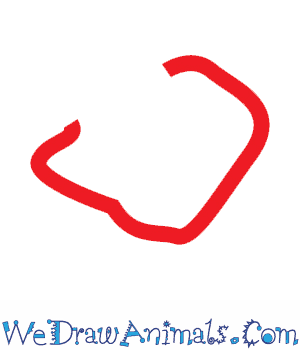 Step 1: The easiest place to start drawing our black coral is the root. It looks like a wobbly rectangle with an opening at the top. 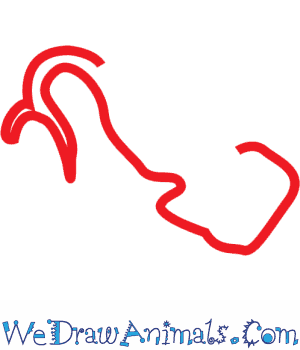 Step 2: After that, draw a line that goes up into a curve and ends in a moon-shaped branch. 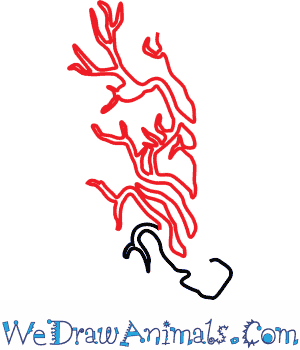 Step 3: From there, draw wiggly lines along the side and up to the center of your coral. 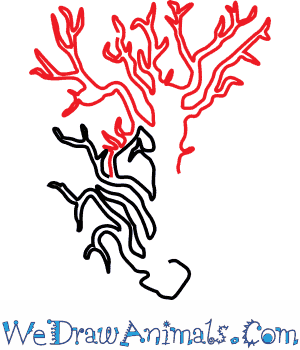 Step 4: Give it a thick trunk, and then make some more coral down on the other side. You can't go wrong! 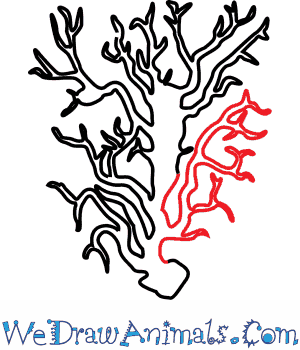 Step 5: Add some more wiggling lines down the other side until you get back to the root. Despite its name, only the skeletal part of black coral is black. The branch-like pieces can be any number of brilliant colors.

Interesting Facts about the BLACK CORAL

The Black Coral is a member of the dolphin family and the scientific term for them is Leiopathes glaberrima. The name of this organism refers to the color of its skeleton only, as they their skin is otherwise. They are among the oldest living animals, growing like a tree. Each segment contains colorful tentacles that capture other animals.

This animal does not coexist with a symbiotic algae in their skin like other corals have, in order to get energy from photosynthesis. This lack of codependence, allows the species to survive without sunlight, so it is found in the dark waters of great ocean depths at the Pacific and Atlantic regions which includes the Mediterranean and Gulf of Mexico. 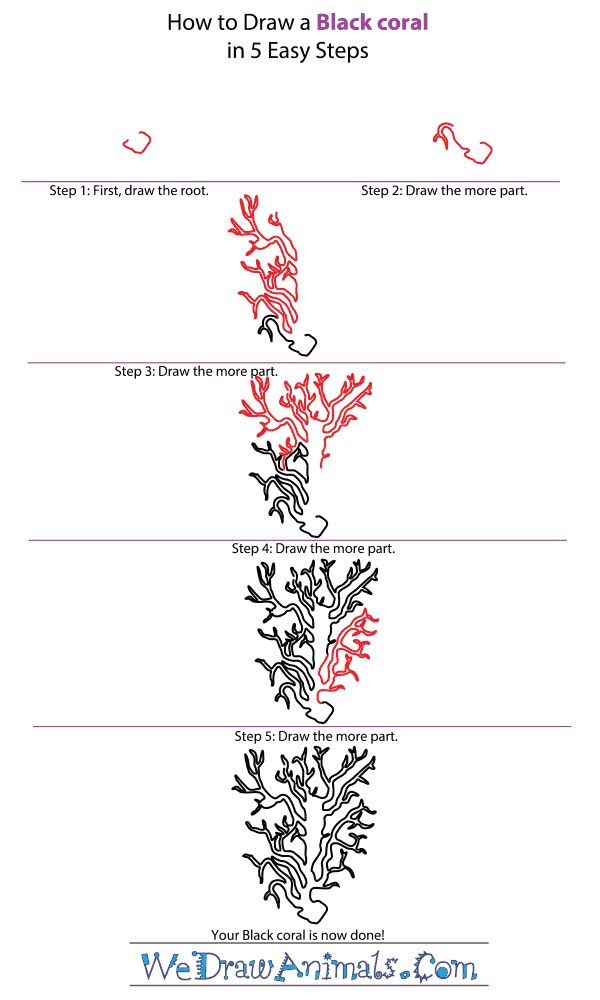 How to Draw a Black Coral – Step-by-Step Tutorial