How to Draw a Baiji 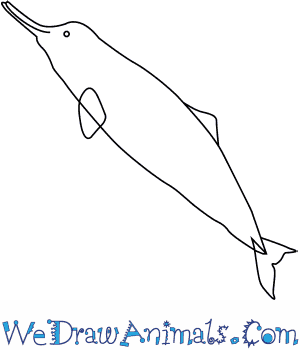 In this quick tutorial you'll learn how to draw a Baiji in 5 easy steps - great for kids and novice artists.

At the bottom you can read some interesting facts about the Baiji.

How to Draw a Baiji - Step-by-Step Tutorial 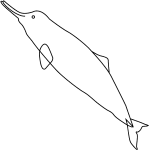 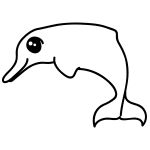 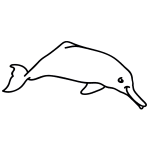 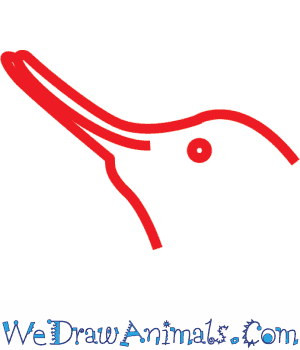 Step 2: Draw a line through his beak for the mouth. Then add a small eye. These river dolphins swam through murky river waters so they didn't use their eyes much. 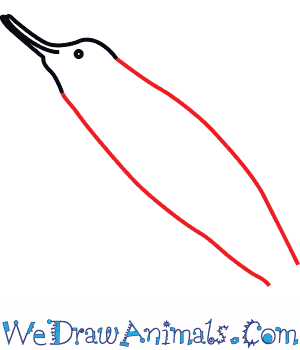 Step 3: When you draw the body, the lines are nearly straight. Just curve them away from each other a little bit. Leave the bottom open so we can add the tail later. 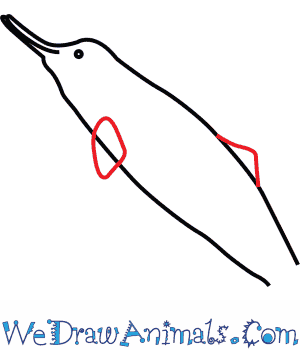 Step 4: Next, we draw the fins. One is a fat little triangle on the top of its body and the other is higher up on the other side. 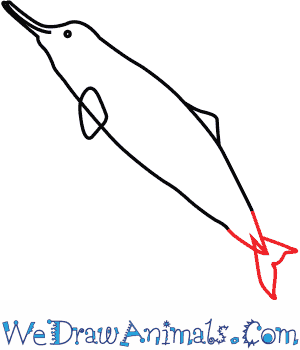 Step 5: Extend the back of the dolphin into a V and add the tail. It looks like an M. Your baiji is now complete! To color your dolphin, they had white undersides and the rest of their body was a light blue-gray.

Interesting Facts about the BAIJI

The Baiji is a member of the dolphin family and the scientific term for them is Lipotes vexillifer. The name means “left behind” (Lipotes) and “flag bearer” (vexillifer), since they are very fast and have a triangular dorsal fin. Their mouth does not evenly taper to the head like the larger finned Bottlenose dolphins. Having poor vision, they rely on sonar for navigation. Most believe it is extinct.

This type of animal is also called Yangtze Goddess, symbolizing peace and prosperity. They have fossils of relatives from over 25 million years ago, that migrated into the Yangtze River. Industrial advances have reduced the population to being critically endangered, making it the most endangered cetacean. This animal was taken into captivity in order to increase survival, but that strategy failed. 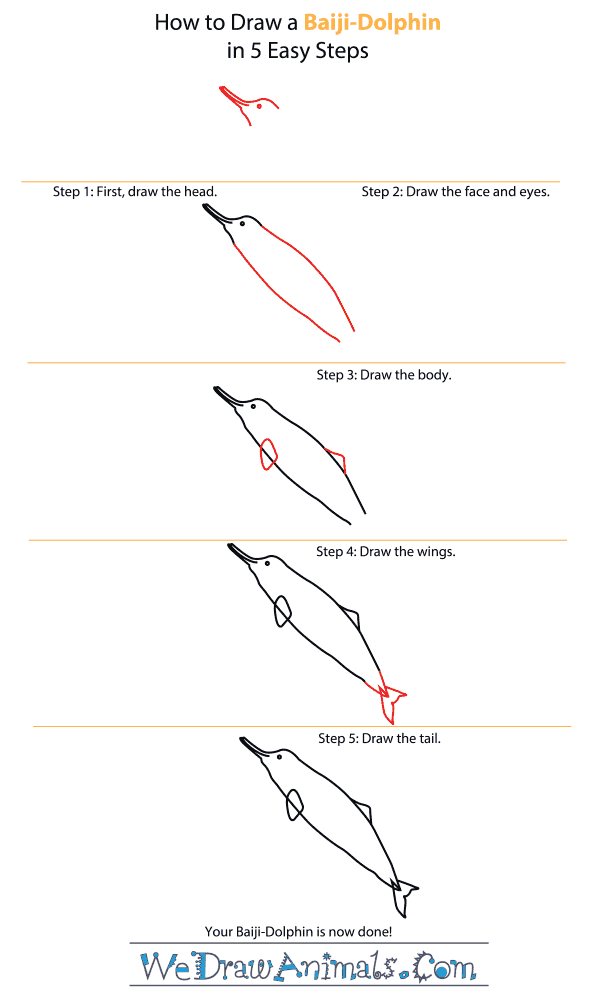 How to Draw a Baiji – Step-by-Step Tutorial