How to Draw an American Bullfrog 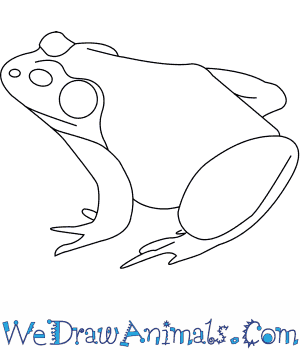 In this quick tutorial you'll learn how to draw an American Bullfrog in 5 easy steps - great for kids and novice artists.

At the bottom you can read some interesting facts about the American Bullfrog.

How to Draw an American Bullfrog - Step-by-Step Tutorial 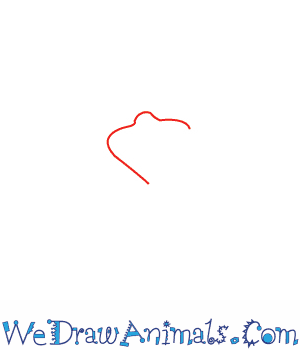 Step 1: First we will make the head of our frog. It looks like half a square with rounded edges, and an extra bump for the eye. 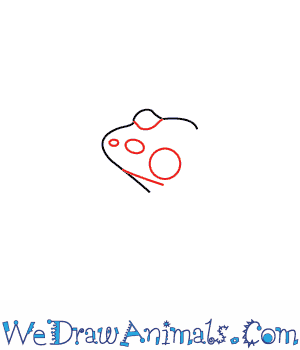 Step 2: We can make the face by drawing another half circle for one eye, and a full circle for the other. Add two more circles for his nose, and a line for the mouth. 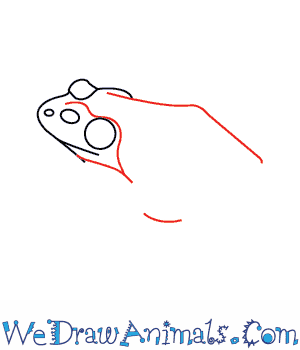 Step 3: Next, we draw the body. It is a nearly straight line for the top and another that starts below the chin and goes down. Then make a squiggly line from the nose past the eye and join it to the line you just made. Give him a belly with a little curved line at the bottom. 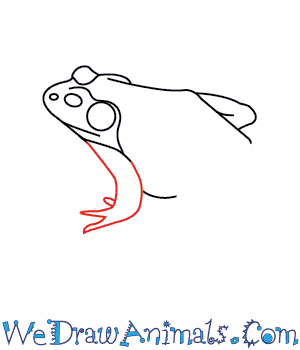 Step 4: Now it is time for the front legs! The front one comes down into a backwards C and his feet are a sideways V. His other leg will mostly be behind him, so just a toe will show it is there. 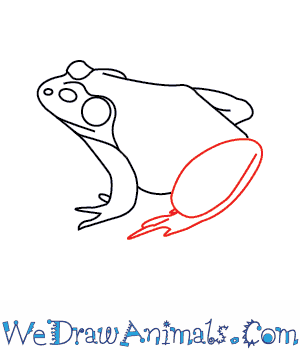 Step 5: Last, we draw those strong jumping legs. One leg starts at the back and is a sideways V with a line in the middle to show it is bent. The other is an oval with one line running down to some pointy toes. That's it! If you'd like to color your picture, bullfrogs are green and have brown spots.

Interesting Facts about the AMERICAN BULLFROG

The American bullfrog is a member of the amphibian family and the scientific term for them is Lithobates catesbeianus. This animal gets its name from the sound that it makes, moaning like a bull. They make their homes in permanent bodies of fresh water such as lakes, swamps, or ponds. It is native to North America and defends its territory during breeding season.

This type of animal has no projecting ear, with the eardrum being on the outside of the head. It makes a loud sound when caught that scares predators. They eat insects, but also mice, bats, turtles, snakes, crayfish, birds, and are cannibalistic. The males form a circle of singers called a chorus, where older males choose central locations, to attract more females. 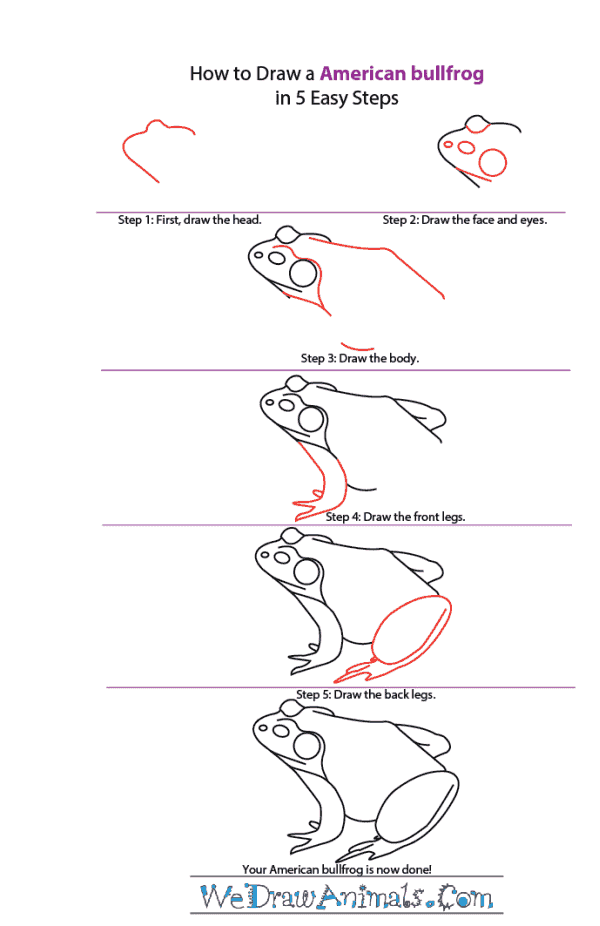 How to Draw an American Bullfrog – Step-by-Step Tutorial

Previous post: How to Draw a Steller Sea Lion