How to Draw a Steller Sea Lion 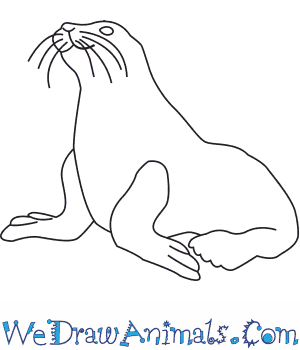 In this quick tutorial you'll learn how to draw a Steller Sea Lion in 5 easy steps - great for kids and novice artists.

At the bottom you can read some interesting facts about the Steller Sea Lion.

How to Draw a Steller Sea Lion - Step-by-Step Tutorial 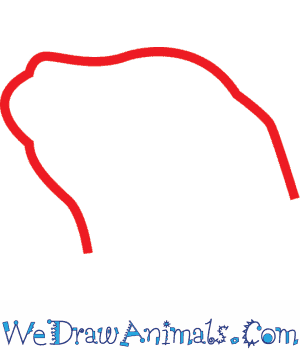 Step 1: Let's start our steller sea lion! First, draw a line that curves upwards, and then back down. This is the head. 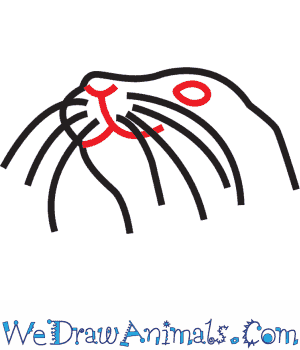 Step 2: Alright, let's add some detail to the face. Draw an oval for the eye, two half circles for the nose, and long lines protruding downwards for his dangling whiskers. 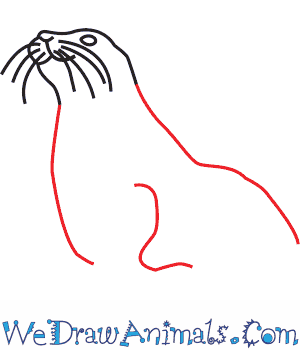 Step 3: Now let's draw the body. Draw two lines on each side and a goofy "L" shaped line at the bottom middle. 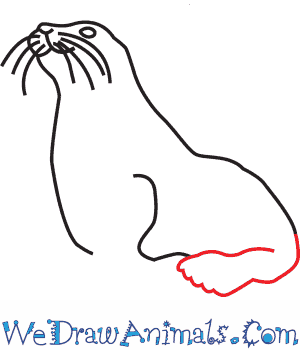 Step 4: Draw al line that goes down and back around for the tail. Make sure to give it indentation at the edge or your stellar sea lion won't swim as fast! 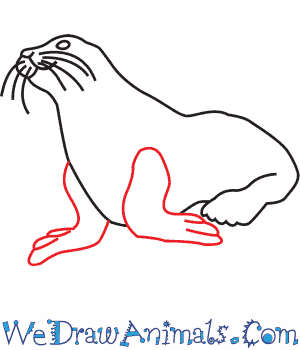 Step 5: Now you can draw the two front flippers. Draw one on each side extending outwards.

The Steller Sea Lion is a member of the seal family and the scientific term for them is Eumetopias jubatus. Other common names for this animal are the Steller’s Sea Lion and the Northern Sea Lion. Their name Eumetopias jubatus means “maned one with the broad forehead.” It is the only member of the species Eumetopias, is the largest seal with external ears, and the largest seal except for the Elephant Seal.

These pale yellowish red animals are native to Alaska and are near threatened to extinction. Their breeding ground has a range from eastern Russia to southern California. While they can mate with many females, mating isn’t forced. They prefer hunting in schools of fish, but also invade fish farms even if they are for freshwater types. Occasionally they eat smaller seal species’ and otters, but can become food for killer whales and white sharks. 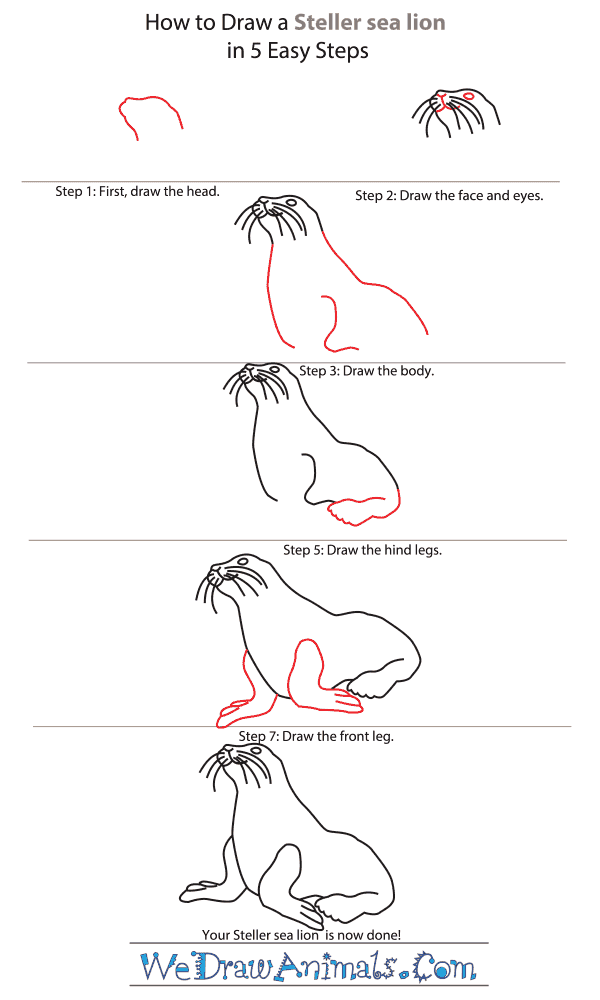 How to Draw a Steller Sea Lion – Step-by-Step Tutorial