How to Draw a Brown Trout 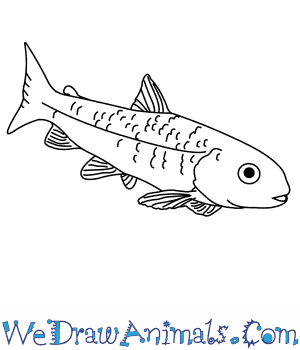 In this quick tutorial you'll learn how to draw a Brown Trout in 9 easy steps - great for kids and novice artists.

At the bottom you can read some interesting facts about the Brown Trout.

How to Draw a Brown Trout - Step-by-Step Tutorial 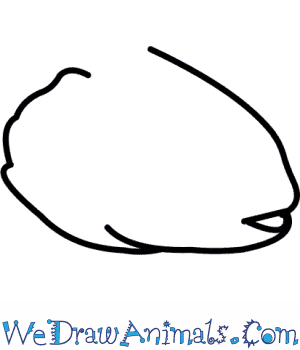 Step 1: Let's start drawing the Brown Trout with the head. Draw an egg shape, but leave a small open at the back. Make sure to keep a small triangular shape for the mouth. 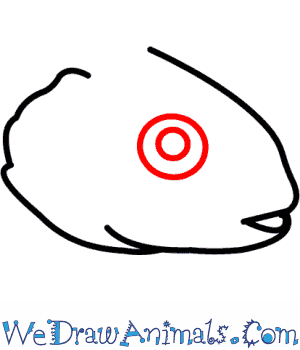 Step 2: Draw two circles for the eye, and color the inner circle black for the pupil of the eye. 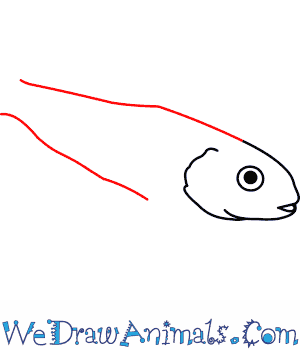 Step 3: Now, draw two lines going back from the head, and bring them closer together towards the end. The Brown Trout can grow up to be 3 feet long and weigh 44 pounds! 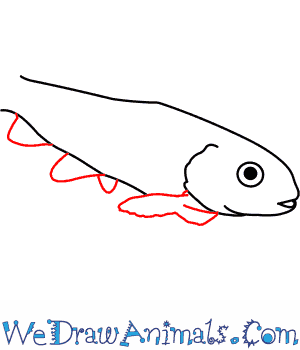 Step 4: For the bottom fins, draw three rounded triangles towards the back. For the front fin, draw an oval shape connecting with the bottom of the neck. 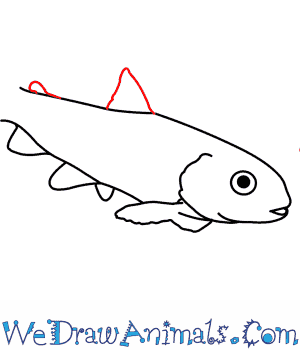 Step 5: Now add two triangles at the top of the body for the top fins, making the smaller back fin a bit rounder. 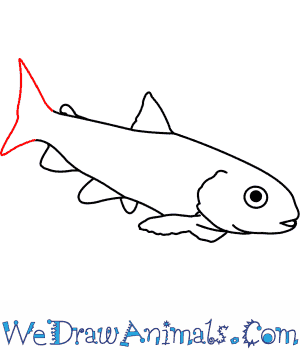 Step 6: Draw a long curved line along the body of the Brown Trout for the bone plate. 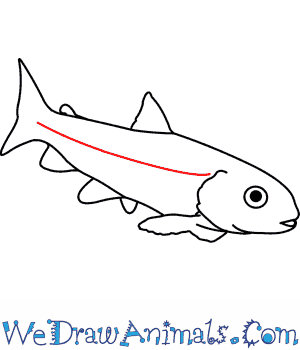 Step 7: Now add detail in the fins by making lines all throughout them. 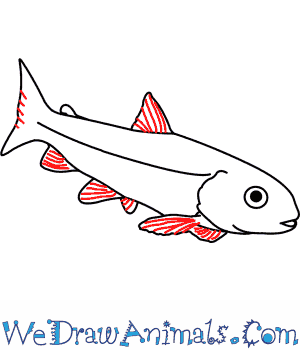 Step 8: Finally, add some curved lines throughout the body for the scale pattern. 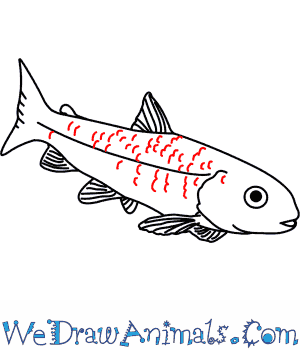 Step 9: you can use some light brown, red and green to color the Trout.

Interesting Facts about the BROWN TROUT

The Brown Trout is a member of the fish family and the scientific term for them is Salmo trutta fario. This species originated from Europe, and is part of the Salmon family. As a result, they migrate upstream during mating season. Its relative is the Sea Trout, which is also born in fresh water but lives in the ocean until mating season begins, at which time they return to the freshwater area.

Males and females are so exhausted after swimming many miles and climbing waterfalls, that most of them die after mating and laying eggs. They are found in lakes and rivers from Norway to Africa. Their diet consists of mainly insects that fly near the surface, but also frogs and other fish. This species has been introduced to most parts of the world to provide fishing entertainment and food sources. There are not many of these creatures, but they’re the least concern for a possibility of extinction.

How to Draw a Brown Trout – Step-By-Step Tutorial