How to Draw a Bull Trout 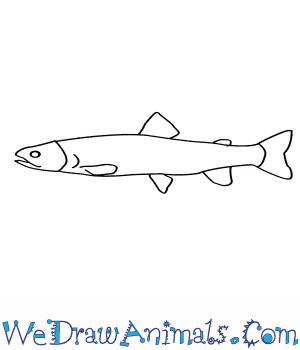 In this quick tutorial you'll learn how to draw a Bull Trout in 5 easy steps - great for kids and novice artists.

At the bottom you can read some interesting facts about the Bull Trout.

How to Draw a Bull Trout - Step-by-Step Tutorial 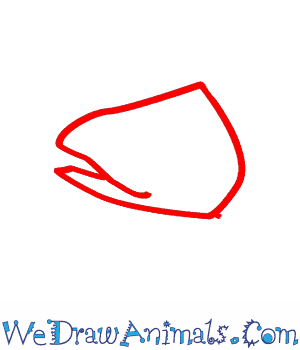 Step 1: For the head, draw a sideways M that has the ends closed off in a curve. 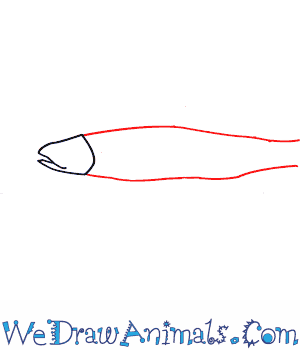 Step 2: From each end of the head, draw a very long curve that bends out and back in, making a body that looks a bit like a narrow vase. 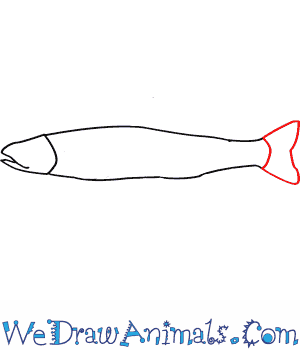 Step 3: Close off the body with a curve and then add a sideways W-shape on the end for a tail fin. 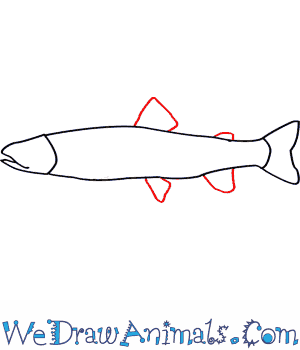 Step 4: For the fins, start on the midpoint of the upper side of the body by drawing a trapezoid, with a small curve behind it. On the underside, draw a similar set of fins, but make the front one smaller and back one larger. 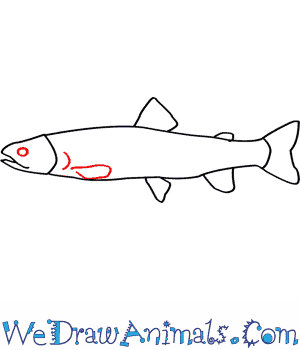 Step 5: Draw a small circle inside the upper point of the head for an eye, and a curve and oval behind the head for a fin. You have drawn a bull trout! You can color it with a green upper side and red underside. Add yellow, orange, or pinkish spots all over the back and bright white stripes along the bottom edge of each fin. These fish prey on other fish, and occasionally other fish’s eggs.

Bull trout are native to the Northwest North American waters. Their name comes from their broad and flat heads with large mouths. The eyes positioned near the top of their head help them detect their prey.A bull trout can be identified by their spotless fins and the mix of small whitish, pale yellow, pink or red spots along its body. Their fins of them have white on the leading edges of them. They lack a forked tail fin as well.

They also prefer clean water and gravel beds, deep pools with complex cover such as snags and cut banks. Large systems of interconnected waterways lead to spawning migrations. Some bull trout have also migrated from one coastal river to another via the ocean. 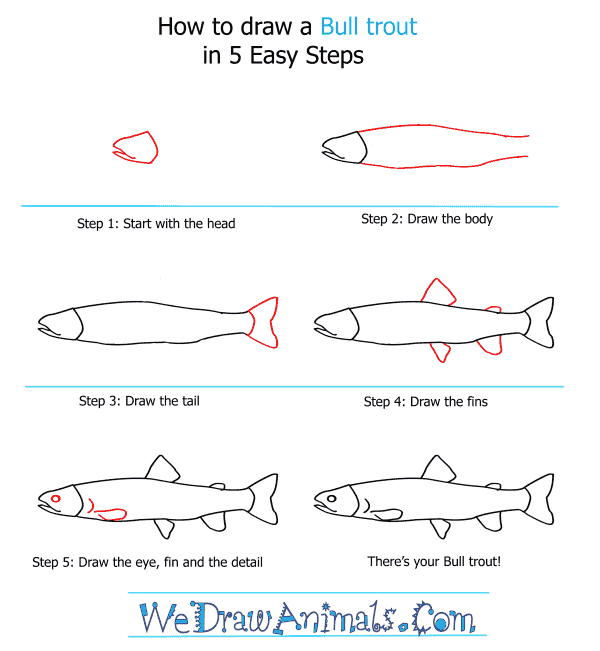 How to Draw a Bull Trout – Step-by-Step Tutorial