How to Draw a Canvasback 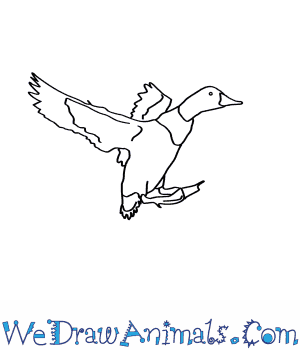 In this quick tutorial you'll learn how to draw a Canvasback in 7 easy steps - great for kids and novice artists.

At the bottom you can read some interesting facts about the Canvasback.

How to Draw a Canvasback - Step-by-Step Tutorial 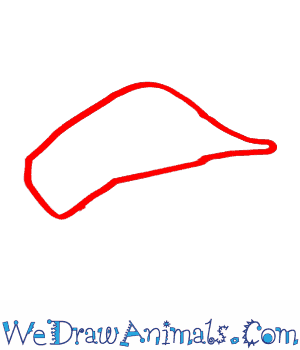 Step 1: For the head, start by drawing an upward curve that then curves down, bends under itself, and finally bends straight back up, ending where it started. 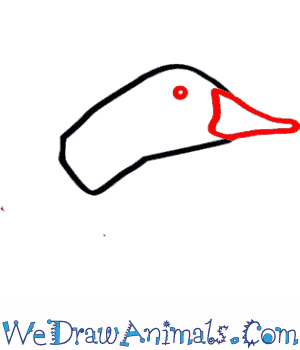 Step 2: Draw a line that closes off the pointed tip to define the beak, with a small dot in the upper curve for an eye. 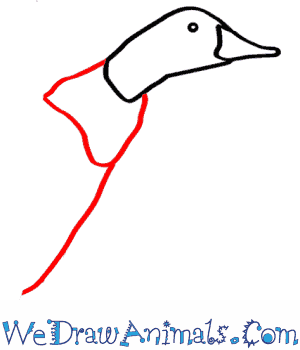 Step 3: Under the head, draw a curved and bent square shape, with a line going down beneath the front of the head. 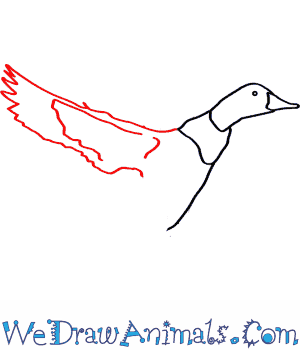 Step 4: From the end of the back, draw a long straight line going out, which bends down into a short zig-zag line, and finally ends with a wavy curved line angling down and towards the body. Add a small angle and a curve within this shape to give the wing detail. 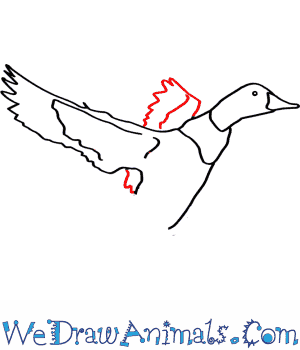 Step 5: Between the neck and wing, draw a line that goes up, bends back, then bends down into a zig-zag; add a line within this shape for detail. Draw a small zig-zagging shape under the wing so that it looks like this second wing is behind it. 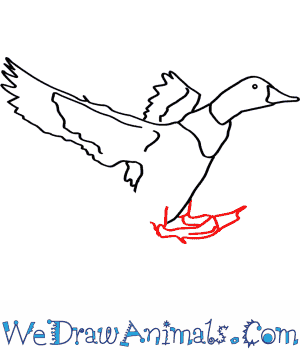 Step 6: At the bottom end of the front of the body, draw a line that angles down, then bends straight away from the body, up slightly, and finally curves back under itself until it meets the body again. Repeat once. 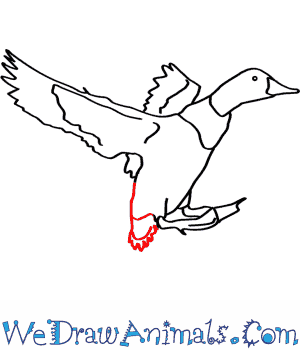 Step 7: Draw a hook shape that goes from the back to the lower foot. Add a curve under it and a zig-zag along that curve for tail feathers. You have drawn a canvasback duck! You can give it a black bill chest, rear and tail, grey back, and red head and neck, with the rest white for a male. Or: a black bill with light greyish brown body for the female.

A Canvasback duck is a duck that likes to dive underwater. They have their own flippers that are large webbed feet that make them swim smoothly in the water. Most of their time is spent in the water since they are a clumsy duck when on land. They will not travel far from the water’s edge.While they are in the water, they are mostly using their long bills to look for food. They do this by digging through sediments searching for aquatic plant stems and roots. They also like to eat insects, clams and crustaceans.

When winter lakes and ponds start to get colder, the ducks will migrate south to points like the Chesapeake Bay, San Francisco Bay, Gulf Coast and Mexico. Some of these flocks of ducks can reach numbers by the thousands. 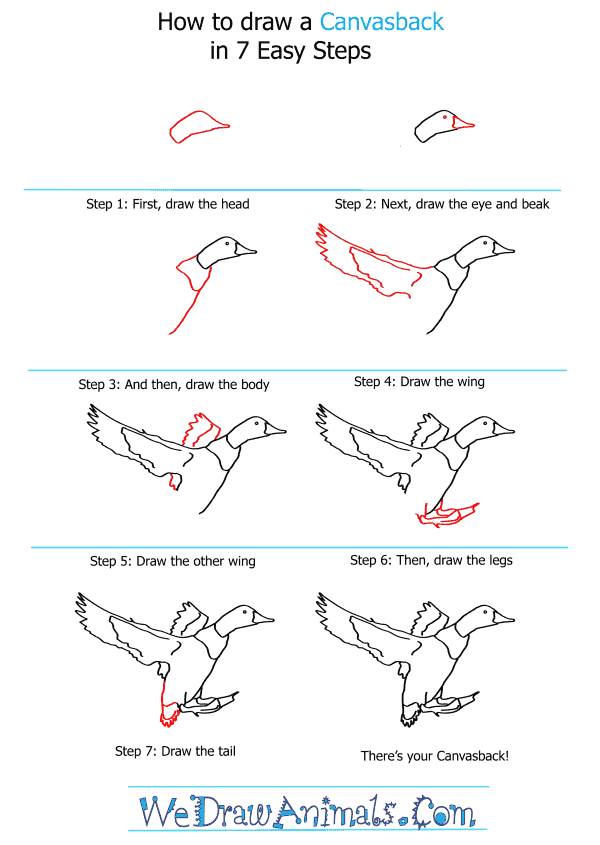 How to Draw a Canvasback – Step-by-Step Tutorial

Next post: How to Draw a Common Garter Snake