How to Draw a Common Garter Snake 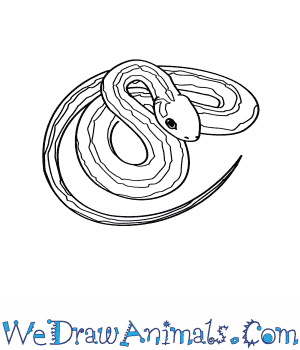 In this quick tutorial you'll learn how to draw a Common Garter Snake in 5 easy steps - great for kids and novice artists.

At the bottom you can read some interesting facts about the Common Garter Snake.

How to Draw a Common Garter Snake - Step-by-Step Tutorial 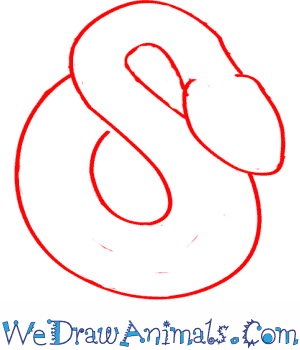 Step 1: Start with an egg-shaped head, with the narrower end on the bottom. From the top end, draw a large S whose lower curve meets itself. Draw a small teardrop on the opposite side of the top end. Finally, draw a large curve which goes down from the bottom end of the head, under the S, and back up, ending when it meets the upper curve of the S. 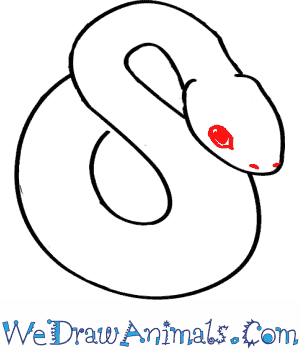 Step 2: Draw two small dots in the lower point of the head for nostrils and a seed shape with a dark circle in it just above them for an eye. 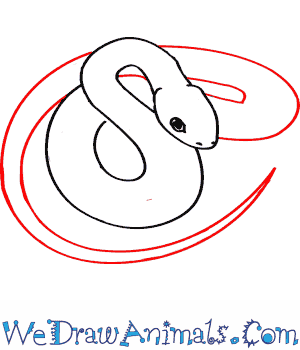 Step 3: From the other side of the head, draw long curve that goes away from the body, bends up and over it, under it, finally ending near where it started. From the curve that closed off the first part of the body, draw another curve that goes under the body and meets this curve in a sharp point. Add a couple of curves in the loops of the body so it looks like the body is bending over itself. 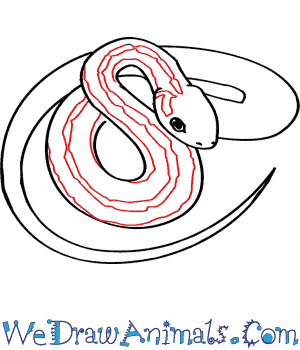 Step 4: On the first half of the body, draw several long wavy lines that form oval patterns. 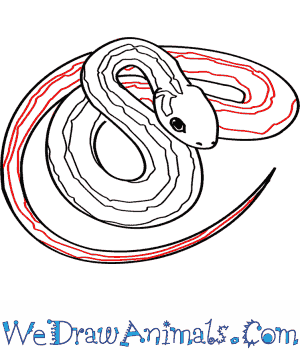 Step 5: Draw similar patterns along the second half of the body. Done! You can color it almost any color!

The common garter snakes vary in color but most have three light colored stripes that run down their entire body. The body color background could be black, brown, grey or olive in color. The stripes could be yellow, blue, white, greenish or a brown. The one stripe is centered while the other two stripes are on either side of its body.The average size of the common garter snakes is 18.1 to 53.9 inches in length and the males are normally smaller than the females. The males do have a longer tail though. A young snake is 4.1 to 9 inches in length.

Garter snakes are highly adaptive and can survive any environmental condition. The can be found in many places like meadows, marshes, woodlands and hillsides. They are also near water such as ponds, lakes, streams and ditches. 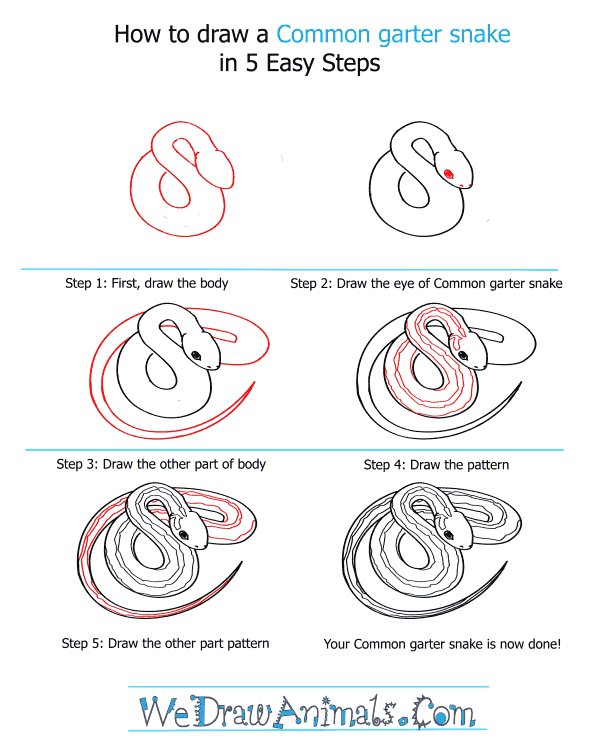 How to Draw a Common Garter Snake – Step-by-Step Tutorial