How to Draw a Double-Crested Cormorant 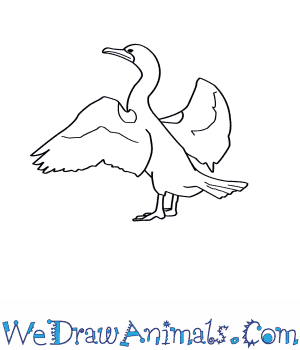 In this quick tutorial you'll learn how to draw a Double Crested Cormorant in 7 easy steps - great for kids and novice artists.

At the bottom you can read some interesting facts about the Double Crested Cormorant.

How to Draw a Double Crested Cormorant - Step-by-Step Tutorial 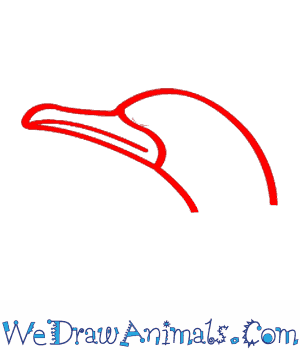 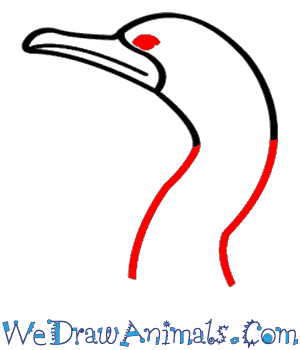 Step 2: Draw a small dot over the end of the beak, and a curve coming down from each end of the head. 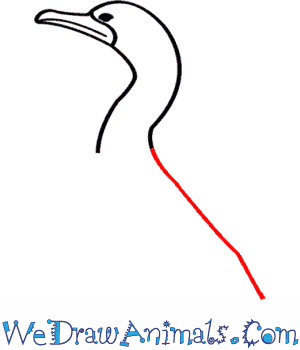 Step 3: Draw a line angling down from the back end of the neck. 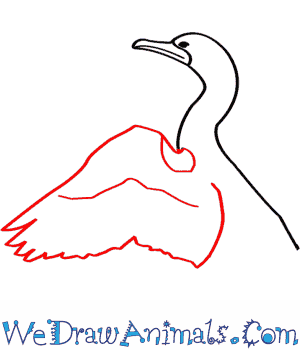 Step 4: At the bottom end of the front of the neck, draw a large triangle with a zig-zagging bottom side. Draw a small curve where the triangle and neck meet, and an angle in the middle of the triangle. 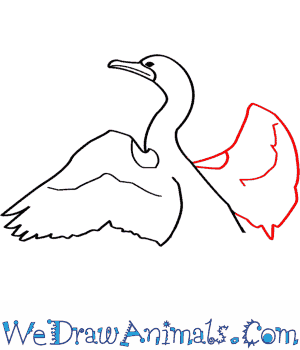 Step 5: On the back, draw two curves which bend up and meet each other in a point. Draw a line in the middle of this shape and a curve at the point where the top curve meets the body. 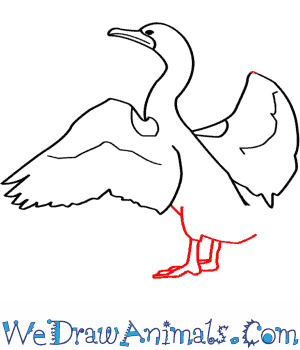 Step 6: At the bottom of the first wing, draw a long downward curve. Under this curve, draw two lines straight down which then bend and close off, forming a backwards L. Make another backwards L for a pair of legs. 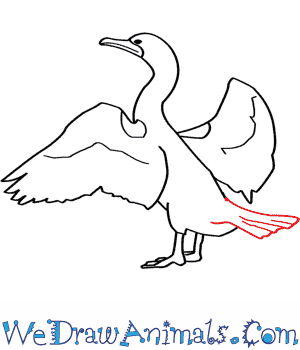 The Double-crested Cormorant is a yearlong resident in Florida and will migrate the rest of the United States and part of Central Canada where it will live during summer months. They are a common sight near fresh and saltwater.They look similar to a goose and a loon, they are relatives to frigates and boobies. They attract the most attention when standing on docks, rocky islands and channel markers spreading their wings out so they dry.

The Double-crested Cormorant will often spread their wings in the sun to dry. The bird has less preen oil than ducks so their feathers get soaked instead of shedding it like a duck. While this may seem like a problem for the cormorant, they spend most of their time in the water. 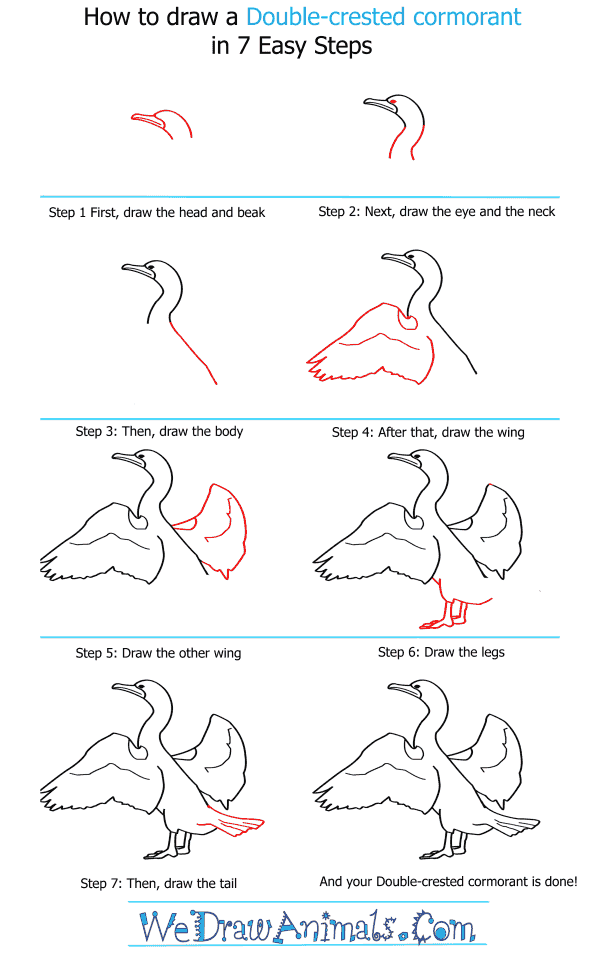 How to Draw a Double-Crested Cormorant – Step-by-Step Tutorial

Previous post: How to Draw a Common Garter Snake