How to Draw a Burmese Python 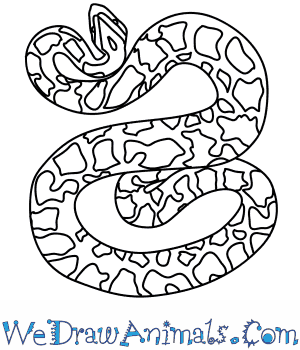 In this quick tutorial you'll learn how to draw a Burmese Python in 4 easy steps - great for kids and novice artists.

At the bottom you can read some interesting facts about the Burmese Python.

How to Draw a Burmese Python - Step-by-Step Tutorial 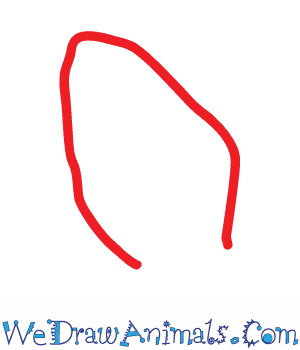 Step 1: To begin creating your Burmese Python you will need to draw the head. Start the head by forming a triangle top and adding to angled lines to the bottom. 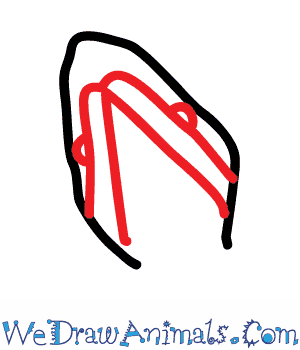 Step 2: To create the python's face you will want to draw two small circles for eyes and two triangles crossing at the top to form the jar. 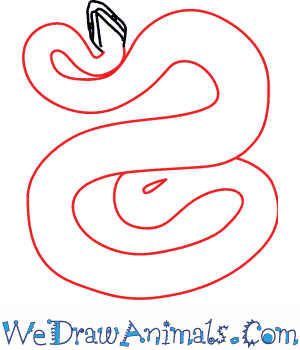 Step 3: The next step is to draw the Python body. To do this you will want to draw on one side a continuously curving line forming an s shape. Next create a similar line running parallel to it on the other side connecting at the head. 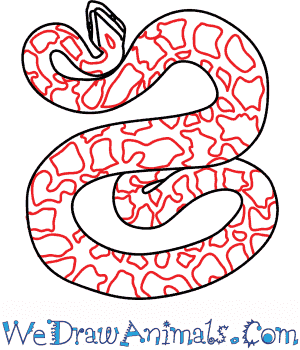 Step 4: To bring your python to life, you will need to add the pattern on its body. Draw a variety of jagged shapes and add them along the body like the pattern above. You now have drawn a Burmese Python. Burmese pythons are the fifth largest snakes in the world and can grow as large as 20 feet long. They are considered an invasive species especially in the Florida area since 2007. There is a population of over 1330 living in the Everglades alone. With a life span of more than 20 years and the ability to lay 36 eggs at a time, the Burmese Python could cover 1/3 of the US by the end of the 21st century.

Interesting Facts about the BURMESE PYTHON

The Burmese Python is a member of the reptile family and the scientific term for them is Python bivittatus. This species is found in trees near warm water of tropical climates at various locations of southeast Asia. They have a pattern very similar to a giraffe, and a little bit similar to the Rock Python. They constrict their prey to suffocate them.

This snake is a very good swimmer and needs a regular source of water. They’re found in grasslands, marshes, swamps, foothills, woodlands, valleys, jungles, meadows, and rivers. Their tail is like a monkey’s, clinging to branches when climbing. Since there are so few of these creatures, they are vulnerable to extinction. 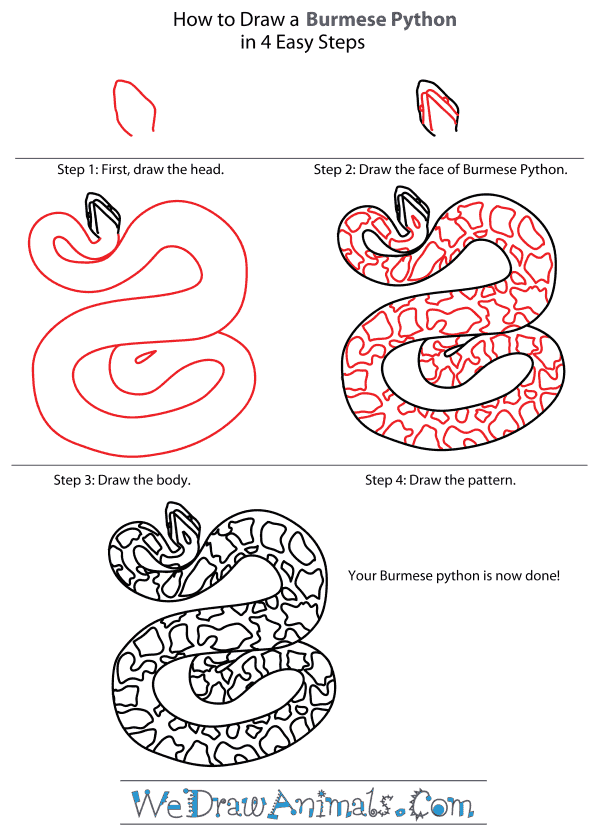 How to Draw a Burmese Python – Step-By-Step Tutorial