How to Draw an Electric Eel 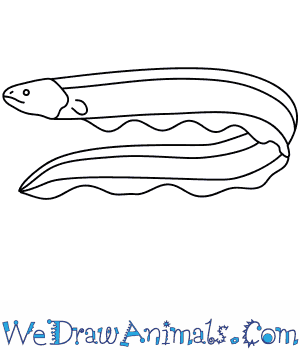 In this quick tutorial you'll learn how to draw an Electric Eel in 8 easy steps - great for kids and novice artists.

At the bottom you can read some interesting facts about the Electric Eel.

How to Draw an Electric Eel - Step-by-Step Tutorial 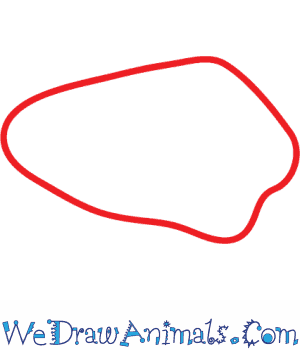 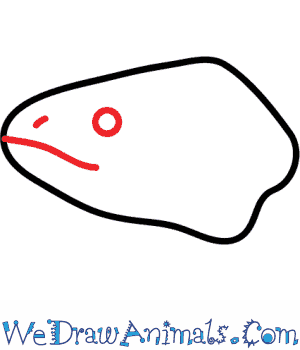 Step 2: To draw the electric eel face add a small circle for an eye, a dot for the nose and a line coming from the side for the mouth. 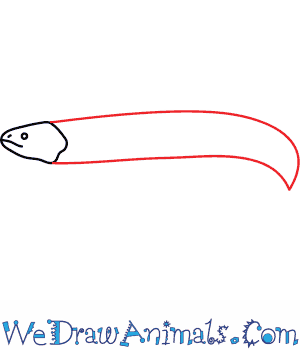 Step 3: Next you will draw the eels body by drawing two parallel lines coming strait out from the head. The lines will need to taper into a point at the end. 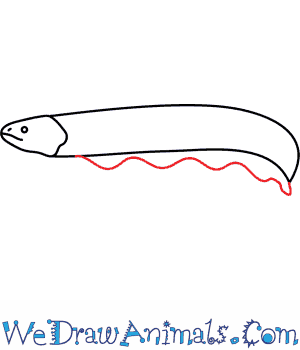 Step 4: The next part is to draw the elongated fin. This can be done by drawing a wavy pattern along the bottom of the eels body. 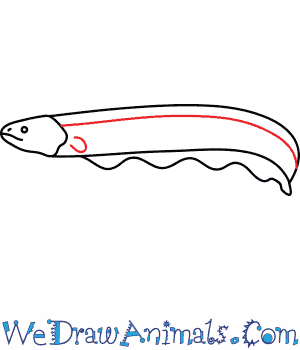 Step 5: To add the flipper and detail to the body, you need to first add a semi circle nehind the head. Next you will draw a line from just below the top of the head and going all the way to the tail. 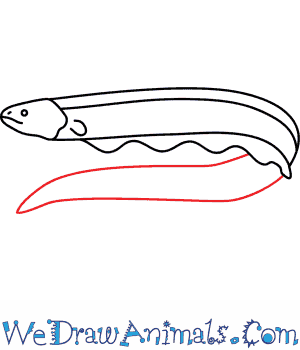 Step 6: The next part to draw on your electric eel is the rest of its body. To do this, you will need to draw another set of two parallel lines underneath the first body and tapering together at the tail. 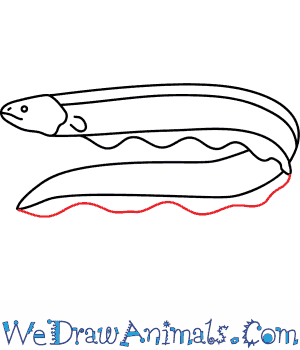 Step 7: You will now need to add another elongated fin to the extended portion of the body. This can be done by drawing a wavy line along the bottom of the body. 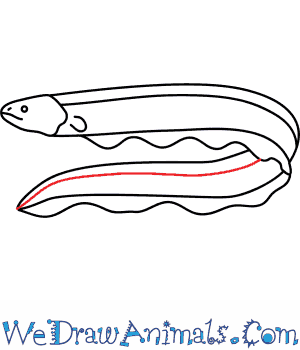 Step 8: For the final step you will need to add detail to the lower part of the body by drawing a line along the top part of the body from the beginning to the end. You now have successfully drawn a Burmese Python.

Interesting Facts about the ELECTRIC EEL

The Electric Eel is a member of the fish family and the scientific term for them is Electrophorus electricus. This species gets its name because it can create an electrical shock, but it’s not an eel, it’s a knifefish. It’s the only species of its type. The energy is used for hunting, defending itself, and communicating with others. This creature is a superior predator, living in South America.

During mating season, the male makes a nest made from his saliva, where the female lays her eggs. The unusual nature of this animal, allows it to make a valuable pet. Taking this fish into captivity is difficult, since many attempts of capture must be made before the creature can be completely discharged of its defensive bursts of electricity. 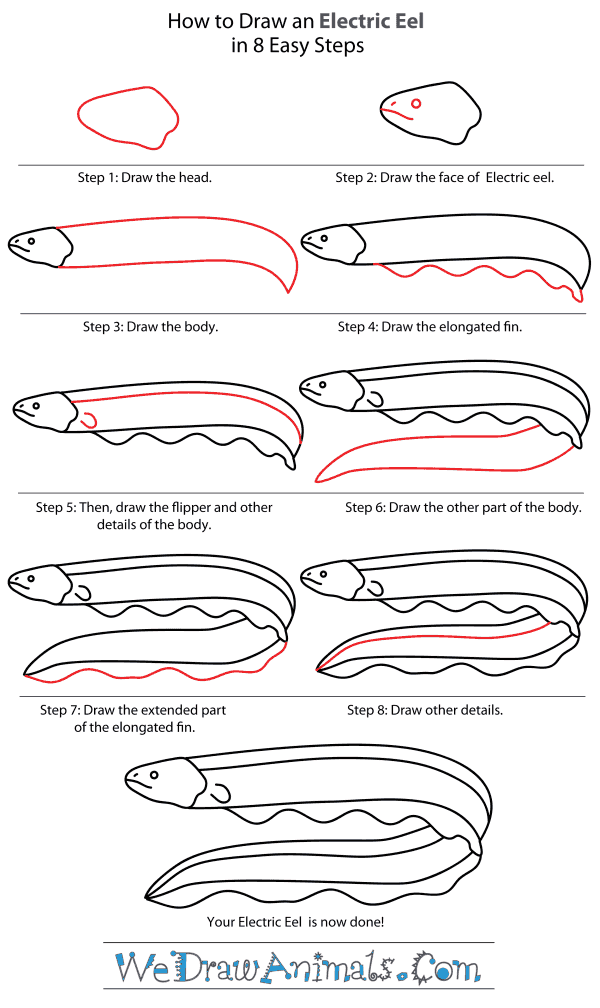 How to Draw an Electric Eel – Step-By-Step Tutorial