How to Draw a Greenland Shark 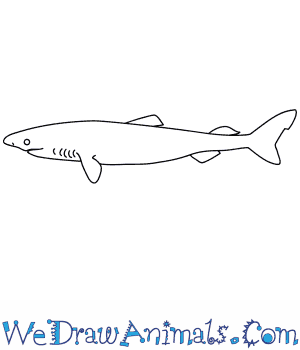 In this quick tutorial you'll learn how to draw a Greenland Shark in 7 easy steps - great for kids and novice artists.

At the bottom you can read some interesting facts about the Greenland Shark.

How to Draw a Greenland Shark - Step-by-Step Tutorial 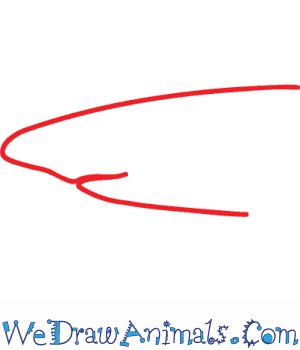 Step 1: To draw a Greenland Shark you will need to start with the head. To draw the head, draw a triangle shape with arced lines instead of straight and add a line to wear the mouth will be. 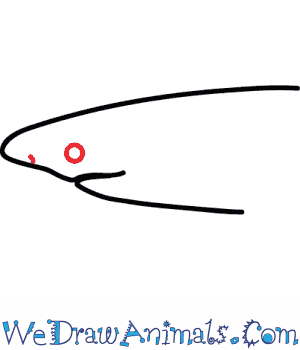 Step 2: Next, to draw the face of the shark add a small circle for the eye and a short line for the nose. 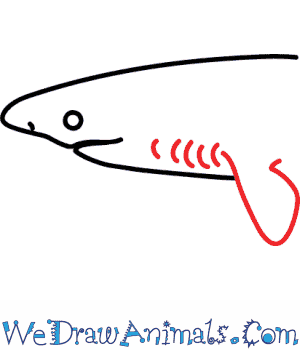 Step 3: The next step is to draw the shark's gill openings and flippers. Draw five short arced lines towards the bottom of the head for the gill openings. To create the flipper, draw a straight line coming down from behind the gills and draw an arced line coming from the bottom back up to the body. 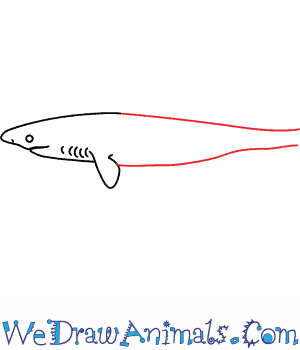 Step 4: The next part of the Greenland Shark to draw is the body. For the top draw an angled line from the top of the head down to the tail. For the bottom draw a line coming from the flipper and angle it up to meet the other line for the tail. 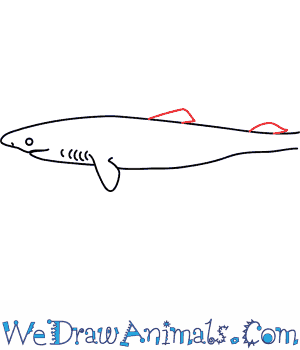 Step 5: Next you will want to draw the upper fins. To draw the first fin, draw a rectangular shape coming out from the top of the shark. For the second fin draw a triangle shape to the back of the body. 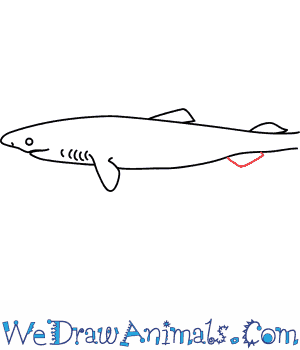 Step 6: To add on the lower fin, you will want to draw a triangle shaped fin coming out of the bottom. 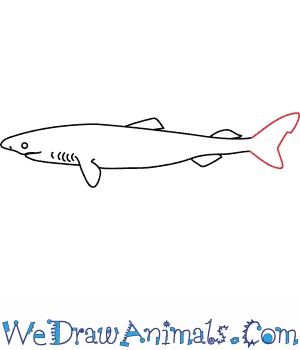 Interesting Facts about the GREENLAND SHARK

The Greenland Shark is a member of the fish family and the scientific term for them is Somniosus microcephalus. This animal gets its name by being the only shark to live in Greenland. Other common names for this species is Gurry Shark, Grey Shark, Sleeper Shark, and Eqalussuaq. They’re the only shark to live at such high latitudes. It’s one of the largest sharks in the world.

This animal has been found as far south as the Gulf of Mexico. Among the shark’s diet are polar bear, horse, moose, reindeer, and seal. This species is not caught for food by humans, as it is poisonous and smells like urine. Rare parasites make its eyes appear green. Since there are so few of these creatures, they are near threatened to extinction. 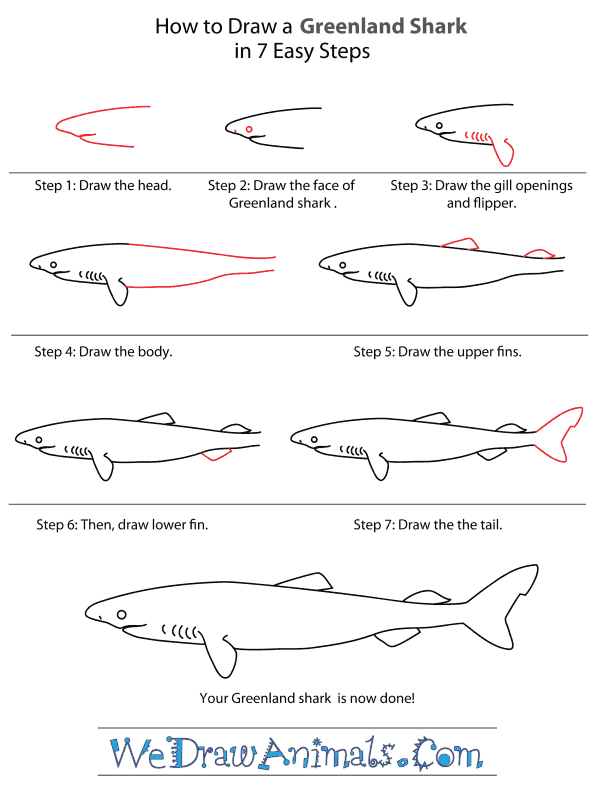 How to Draw a Greenland Shark – Step-By-Step Tutorial