How to Draw a Canada Goose 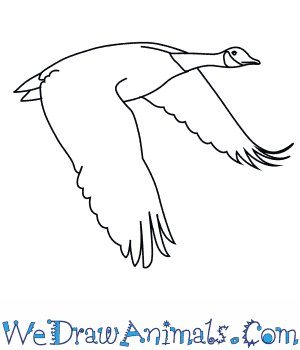 In this quick tutorial you'll learn how to draw a Canada Goose in 6 easy steps - great for kids and novice artists.

At the bottom you can read some interesting facts about the Canada Goose.

How to Draw a Canada Goose - Step-by-Step Tutorial 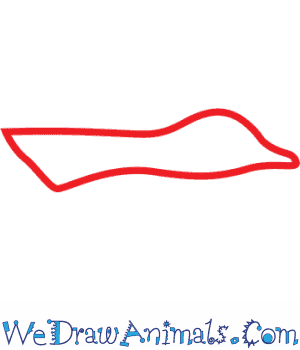 Step 1: First, draw the head as shown above. Use a bump for the head and have it end at a slightly rounded point for the beak. Use a line to separate the neck from where the rest of the body will be. 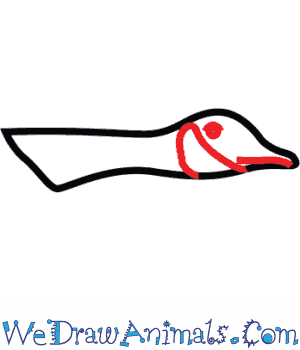 Step 2: Use a single line to create the mouth, two more to separate the head from the neck, and a dot should be used to create the eye. 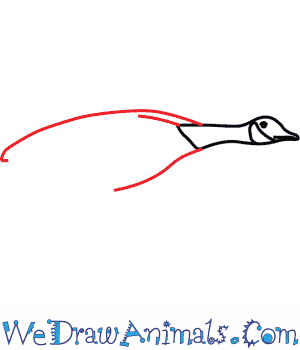 Step 3: Draw the body using a few curved lines, leaving a gap for the wings later. 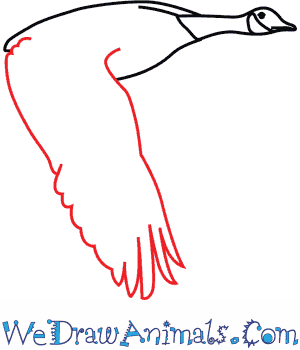 Step 4: The wing should be as large as the body, being made with two lines that start on the inside of the body. At the end, there should be bumps and indents made so as to create the feathers. 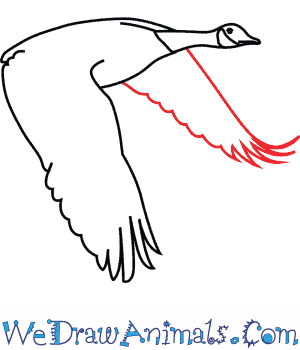 Step 5: Draw the other wing with more bumps and indents on the side, but use a smooth curved line on the top half. It should look just a little bit smaller than the other wing. 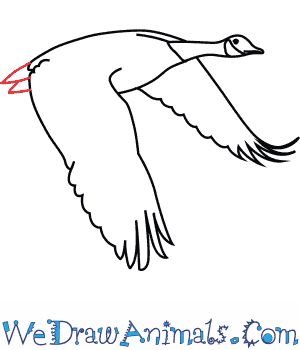 Step 6: Draw two triangles coming off of the left side of the body to create the tail. They should touch, but there should be a gap between the points. Your Canada Goose is now done!

Interesting Facts about the Canada Goose

The Canada Goose has a black head and neck. It also has white patches on its face and a body that is brownish-gray in color. 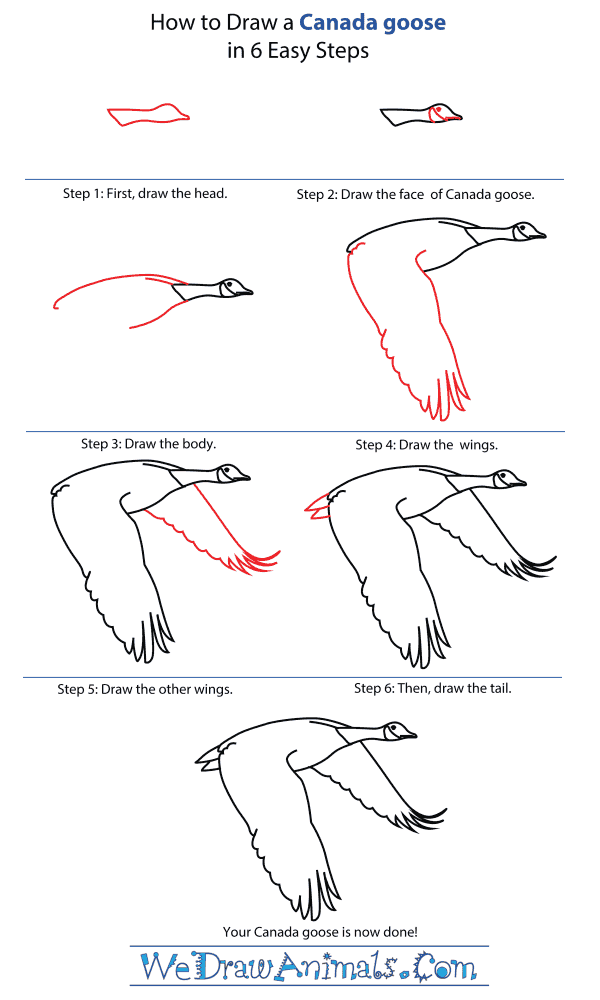 How To Draw A Canada Goose – Step-By-Step Tutorial