How to Draw a Blue-Footed Booby 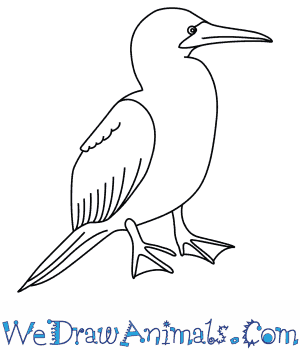 In this quick tutorial you'll learn how to draw a Blue Footed Booby in 7 easy steps - great for kids and novice artists.

At the bottom you can read some interesting facts about the Blue Footed Booby.

How to Draw a Blue Footed Booby - Step-by-Step Tutorial 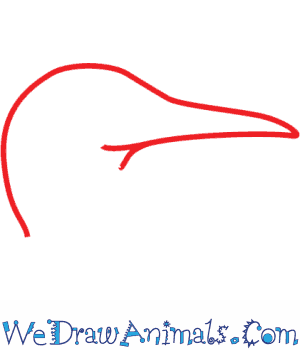 Step 1: Draw the head as shown above, using a curve for the head and two parts of a triangle for the long beak. 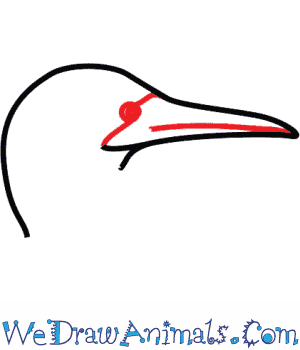 Step 2: Draw a single large dot for the eye. Use another line to cut off the beak from the rest of the head. Then use a single line to draw the opening in the beak. 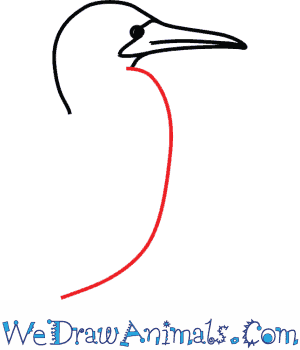 Step 3: Draw the body using a single line that starts at the bottom right of the head. It should first curve to the first and then to the left. 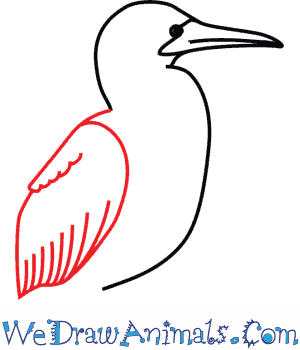 Step 4: Draw the wing with one line that curves to the left and one to the right from here you left off from the head. Have them eventually meet, and inside add a bunch of lines to make the feathers. 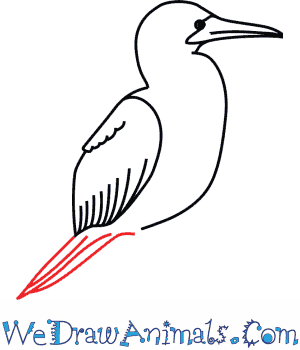 Step 5: Draw the tail using four diagonal lines that all meet at a point at the end. 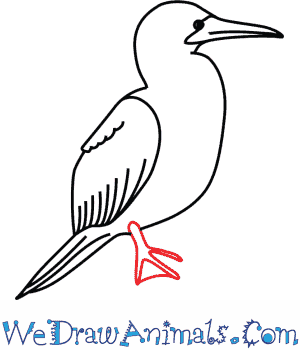 Step 6: Draw the leg with two lines that come from the body of the drawing. Draw three toes and then add lines for the webbing of the foot. 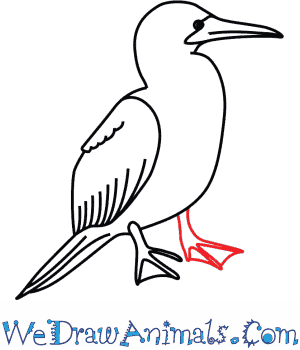 Step 7: Draw the other leg just like you did the first one, except to the right. Your Blue-Footed Booby is now done!

Blue-footed boobies are large seabirds that are native to the Galapagos Islands. It is believed that the name “booby” comes from the Spanish word “bobo,” which means stupid. Boobies tend to have a funny and clumsy way of moving on land. They show no fear of humans, which makes them easy to capture. These are the reasons why they were called bobos.

Females lay two to three eggs at a time. Both parents take turns keeping the eggs warm. Unlike other birds, blue-footed boobies do not make nests for their eggs. Rather, they actually form a circle using their own poop, and the eggs are kept in that circle! As weird as that seems, the feces keeps them warm. It takes about 45 days for the eggs to hatch. The babies are taken care of by their parents until they are about two months old. 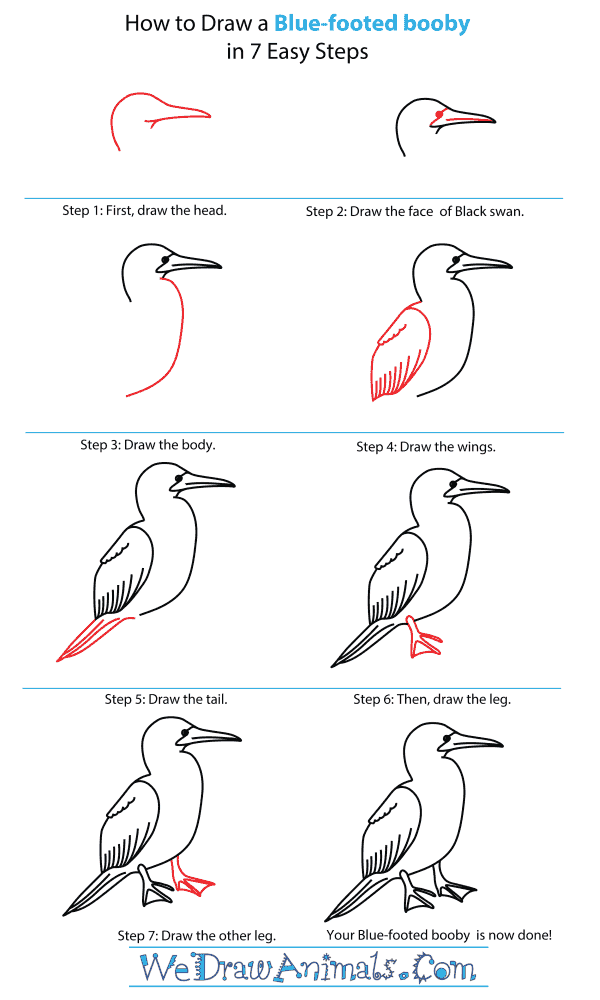 How To Draw A Blue Footed Booby – Step-By-Step Tutorial

Previous post: How to Draw a Blue And Gold Macaw