How to Draw a Carnotaurus 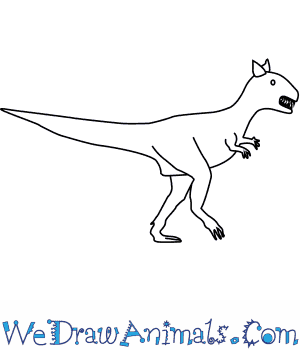 In this quick tutorial you'll learn how to draw a Carnotaurus in 6 easy steps - great for kids and novice artists.

At the bottom you can read some interesting facts about the Carnotaurus.

How to Draw a Carnotaurus - Step-by-Step Tutorial 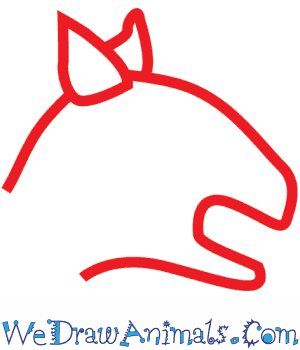 Step 1: First, draw the head with an egg shape and a small opening to show the mouth. The carnotaurus had a shorter, broader snout than other dinosaurs like it. Draw two triangles at the top of the head to show its distinctive bull-like horns. 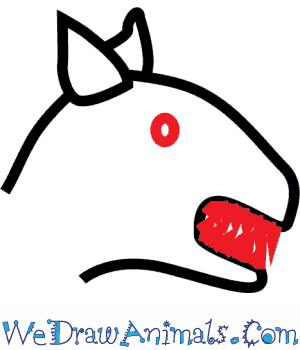 Step 2: Draw the eyes and face, with a large circle for the eye and large, sharp teeth in the mouth. 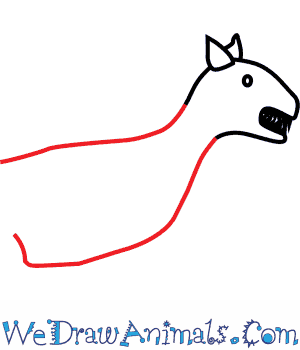 Step 3: Draw the body, using a bumpy line for the back, tapering down from the back of the head. Draw a line to show the slop of the bottom of the neck, the underside of the dinosaur, and a V-shape behind the legs and where the tail begins. 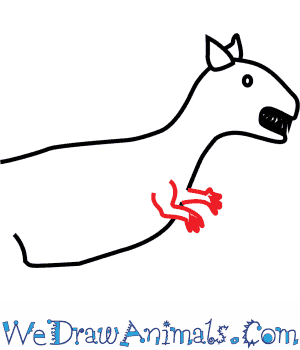 Step 4: Draw the front legs, which were even shorter than the T-Rex’s and had three fingers. 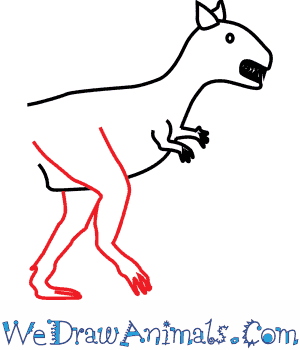 Step 5: Draw the hind legs, which are very long, with large thighs and narrow lower legs. The feet are large and flat with three sharp toes. Show one leg lifted as if the carnotaurus is chasing its prey. 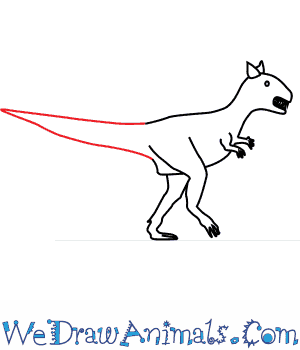 Step 6: Draw the tail. This will go straight out from the back and be very long, because theropod dinosaurs like carnotaurus carried them this way for balance.

Interesting Facts about the CARNOTAURUS

The Carnotaurus is a member of the dinosaur group and the scientific term for them is C. sastrei. Their Greek name “carno-taurus” means “meat-bull” in English. The word “sastrei” refers to a place in South America named “Sastre” where this species was discovered. As a bull does, this animal also possessed horns above the eyes, but they were very short and blunt.

his thin predator ran on its two feet to catch other animals in the mouth of its large head. This scavenger was very fast and had a strong neck for charging other males during mating season. Since they had the shortest arms of any other large predator, and couldn’t reach their mouth or use them for balance, the large tail helped them run to straight. 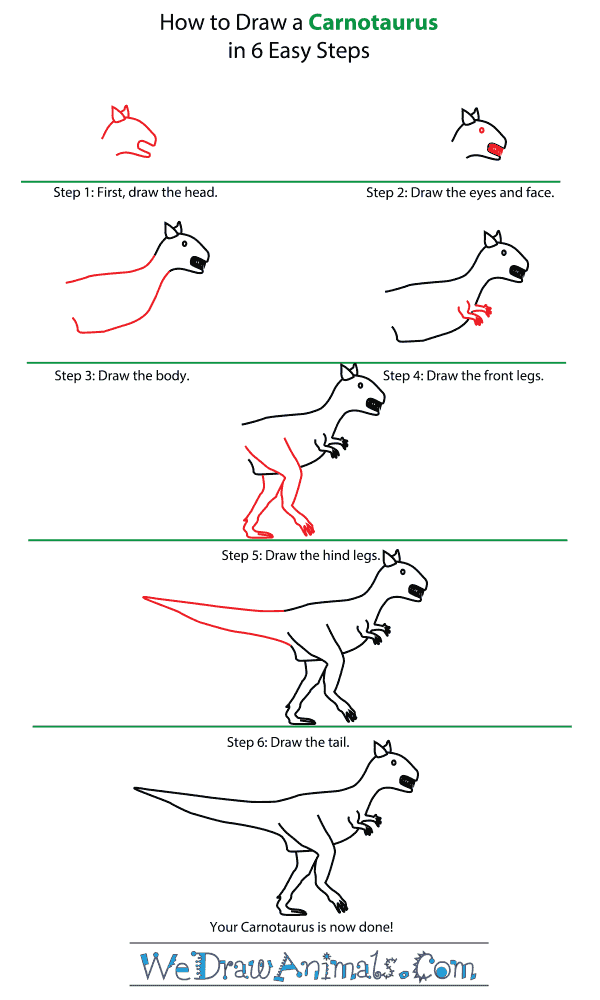 How to Draw a Carnotaurus – Step-by-Step Tutorial