How to Draw a Fiddler Crab 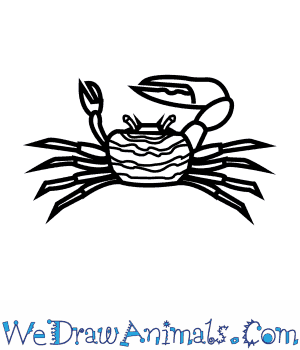 In this quick tutorial you'll learn how to draw a Fiddler Crab in 7 easy steps - great for kids and novice artists.

At the bottom you can read some interesting facts about the Fiddler Crab.

How to Draw a Fiddler Crab - Step-by-Step Tutorial 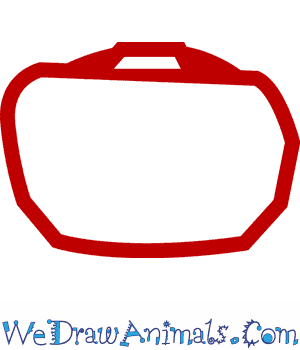 Step 1: Draw the body as a rectangle, with clipped, bent edges. There should be a low bump near the top where the face is. 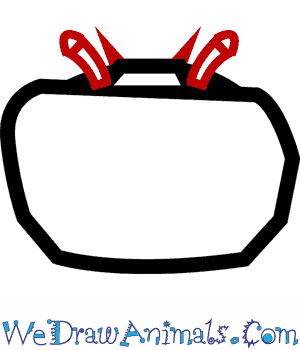 Step 2: Add the eyes on either side of the bump, with circles at the end of short, slightly curved stalks. The antennae are simple two points just between the eyes. 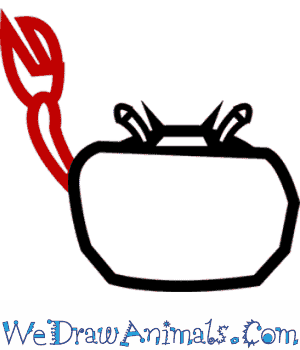 Step 3: Draw the small cheliped on the left, which is a smaller claw. For the arm, draw a thin shape like the eye stalks, but longer. The claw can be drawn with a small oval at the end of the arm, with an opening down the middle to show the two pincers. 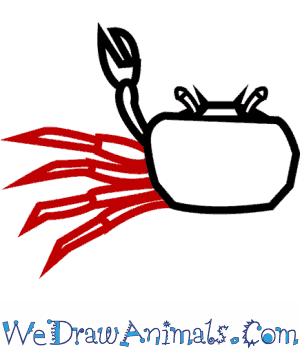 Step 4: Draw the left side legs. This is a row of four, with each leg split into two long segments, fanning out from the body. 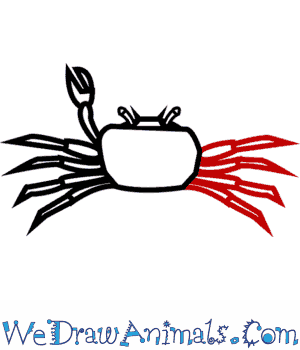 Step 5: Draw the right side legs, same as the four on the left. 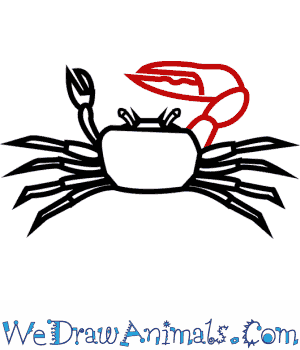 Step 6: Draw the big cheliped, which is a bigger, longer version of the smaller one on the left. This one should appear much wider and sharper, with ridges on the longer bottom segment. 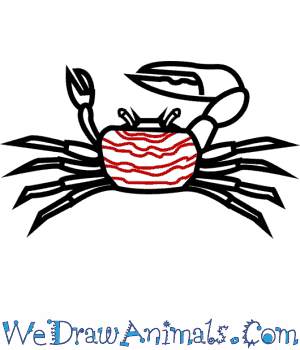 Step 7: Add stripes to the body, which are distinct markings on fiddler crabs.

Interesting Facts about the Fiddler crab

The fiddler crab is a type of semi-terrestrial marine crabs that are commonly found on beaches and marshes in the Chesapeake Bay. These crabs are well known because of the male crab having one very enlarged claw that grows to be between 1.5 to 2 inches long and then one normal sized claw. The female crabs have two normal sized, small claws. 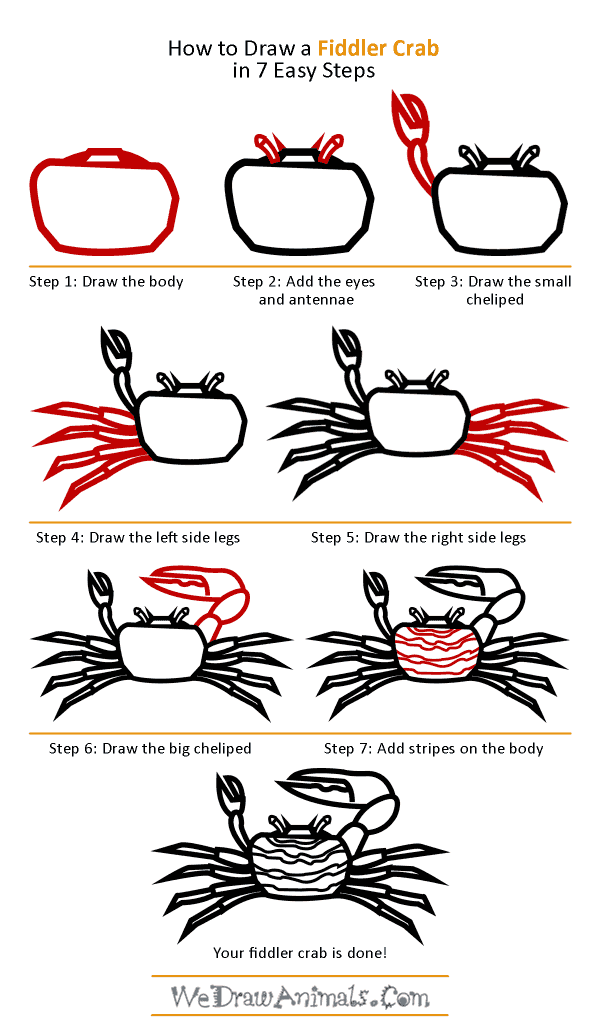 How to Draw a Fiddler Crab – Step-by-Step Tutorial