How to Draw a Carolina Parakeet 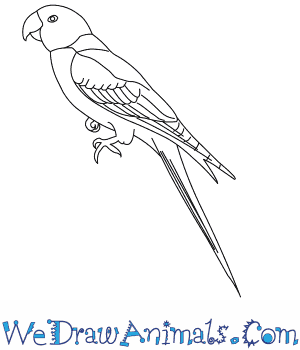 In this quick tutorial you'll learn how to draw a Carolina Parakeet in 8 easy steps - great for kids and novice artists.

At the bottom you can read some interesting facts about the Carolina Parakeet.

How to Draw a Carolina Parakeet - Step-by-Step Tutorial 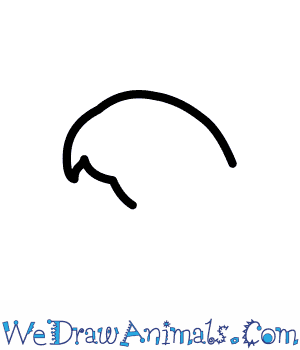 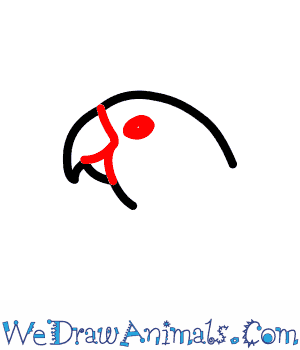 Step 2: Next draw the face. There are two bent lines along the top and bottom of the beak. Just to the right of the beak is a large eye. 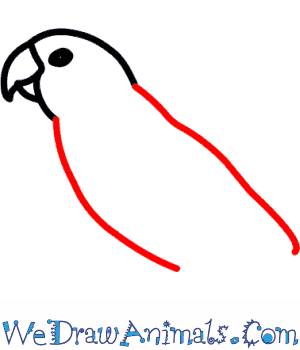 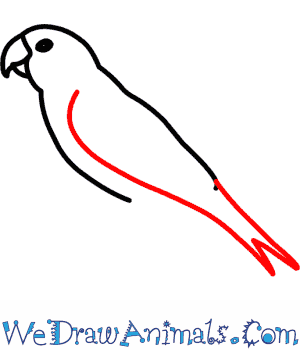 Step 4: Now draw the wing. It starts in a large curve just below the head and angles back beyond the back line. Draw two sharp points at the end of the line and then bring the line up to join the back line. 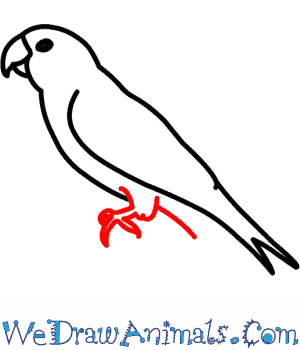 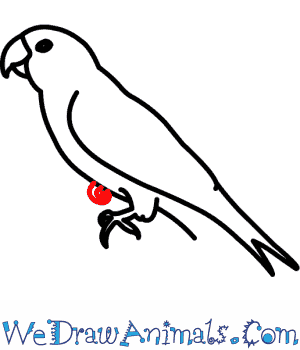 Step 6: Draw the other leg just to the left of the first leg. All you draw are two short claws. 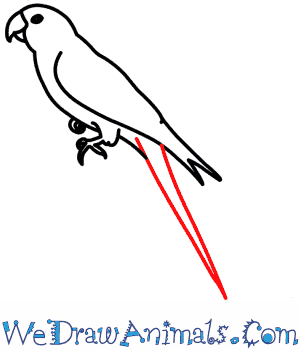 Step 7: Between the end of the belly line and the wing line draw a long tail. Draw the two lines down and bring them to a long sharp point. 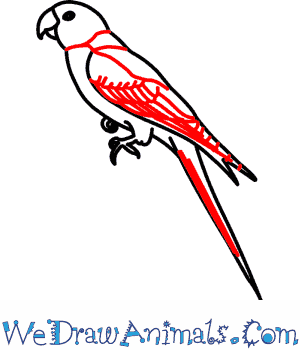 Step 8: Finally, draw the feather patterns. There are long lines along the tail. Add long wavy lines to the wing and the head.

Interesting Facts about the CAROLINA PARAKEET

The Carolina Parakeet is a member of the bird group and the scientific term for them is Conuropsis carolinensis. Another name for this species is the Carolina Conure, which had a green body, red and yellow head, big beak, and long tail. They are in the Parrot family from Central and South America. This breed lived in the central to eastern part of the United States.

This species lived in the highest latitude of any other parrot, including Wisconsin and New York. They sought old forests as their neighborhood, since dead trees can be hollow for making nests. These animals were deadly to predators, since they ate the poisonous seed of the Cocklebur plant. Deforestation and hunting for the pet trade has contributed to the reduction in population of apparently zero. 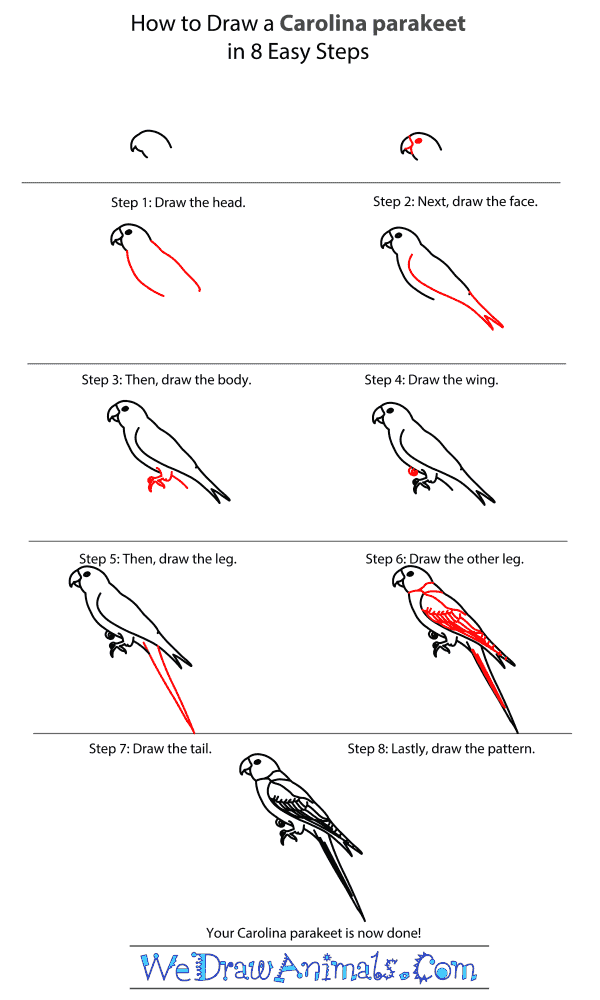 How to Draw a Carolina Parakeet – Step-by-Step Tutorial