How to Draw a Canada Lynx 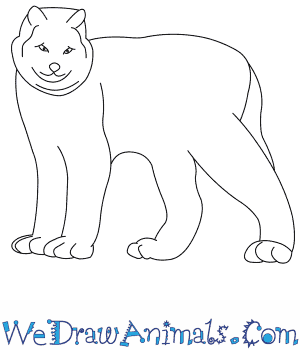 In this quick tutorial you'll learn how to draw a Canada Lynx in 8 easy steps - great for kids and novice artists.

At the bottom you can read some interesting facts about the Canada Lynx.

How to Draw a Canada Lynx - Step-by-Step Tutorial 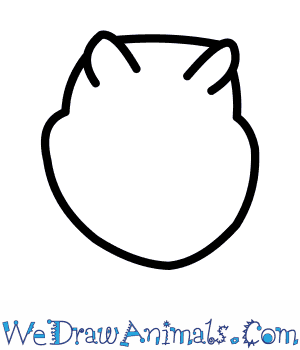 Step 1: Draw the head. It is almost a circle but with a flat top. There are two crooked upside down "U"s on the top corners. These are the ears. 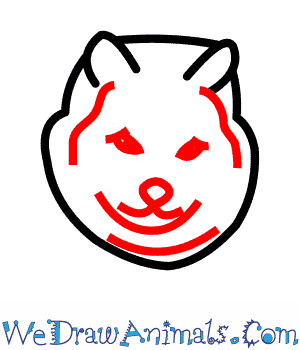 Step 2: Next draw the face. Just under the ears there are two short curved lines. Between them are two black eyes. In the middle of the face is a round nose with a curved mouth and jaw below it. 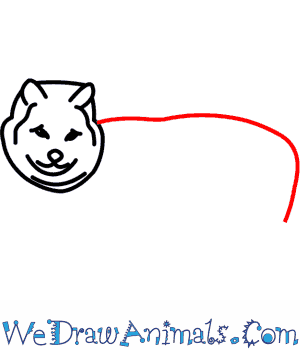 Step 3: From the right side of the head draw the body line to the right. Bend it sharply down at the rump. 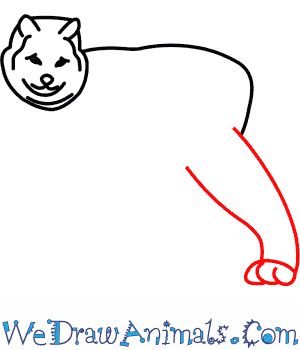 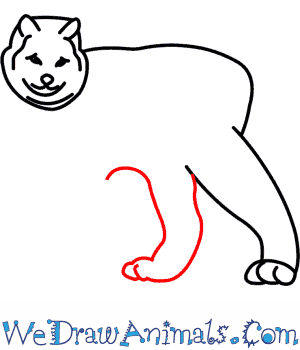 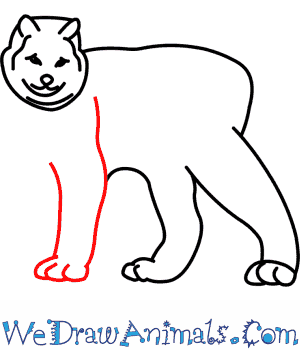 Step 6: From the bottom right side of the head start the front leg line down past the belly line down to end at the same level as the hind legs. Don't forget to draw the three toes on the paw. Draw the other leg line back up. 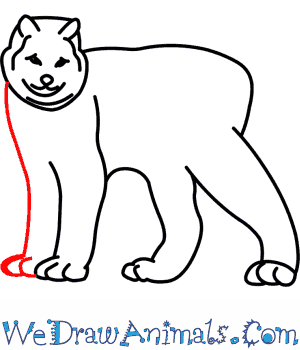 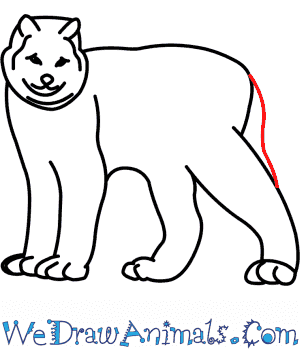 Step 8: Finally draw the tail. There is only one line from the rump to the back of the hind leg.

Interesting Facts about the CANADA LYNX

The Canada Lynx is a member of the feline group and the scientific term for them is Lynx canadensis. As the name suggests, it lives mostly in the Canadian region of North America. This species has traits that are more similar to the Bobcat than the Eurasian Lynx. It is brownish silver with thick hair, a ruffed face, tufted ears, short tail, and long legs. In addition, they have wide feet for staying on top of the snow, which are furry to keep them warm.

These eat hares almost exclusively. They are very accurate when biting, since their canine teeth have many nerves in them. While they have little endurance and therefore require complex hunting skills, sometimes owls will steal the animal for food that has been chased into an open area. Also, the big toe is set apart from the other toes, so that it can get a good grip when climbing through rough and dense snow. These animals have a low population amount, but are considered to be the least concern for the possibility of extinction. 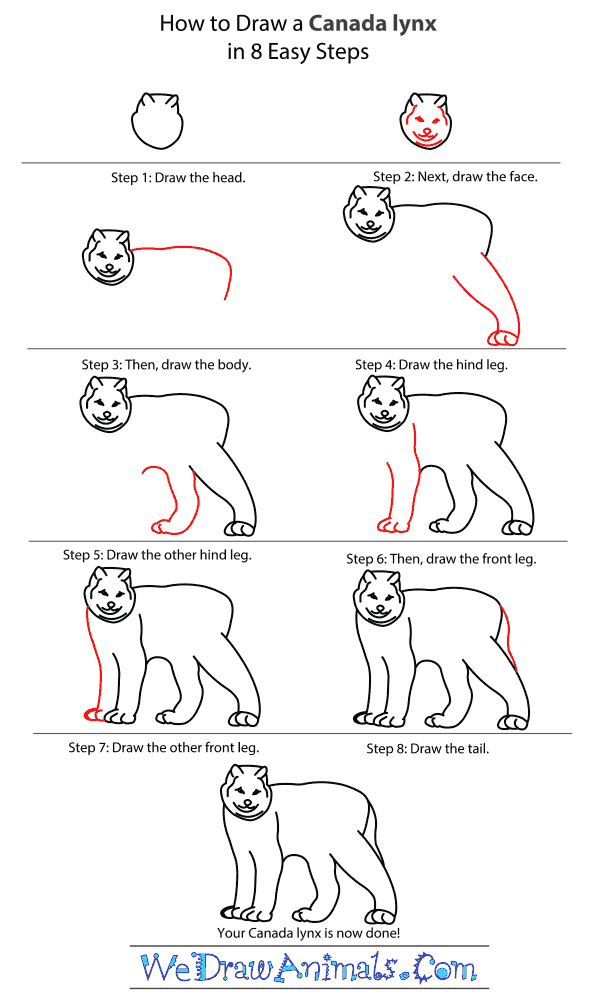 How to Draw a Canada Lynx – Step-by-Step Tutorial