How to Draw a Carrion Crow 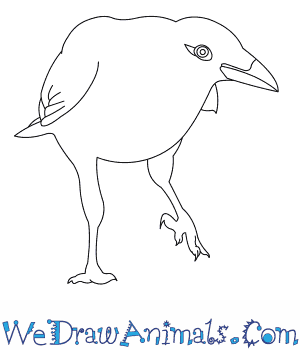 In this quick tutorial you'll learn how to draw a Carrion Crow in 6 easy steps - great for kids and novice artists.

At the bottom you can read some interesting facts about the Carrion Crow.

How to Draw a Carrion Crow - Step-by-Step Tutorial 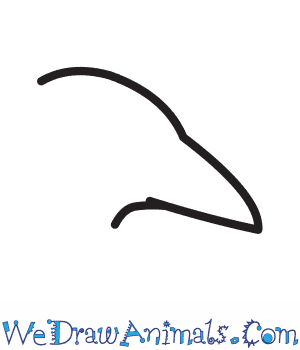 Step 1: First, draw the head of your crow. The beak should be wide and come to a sharp point. 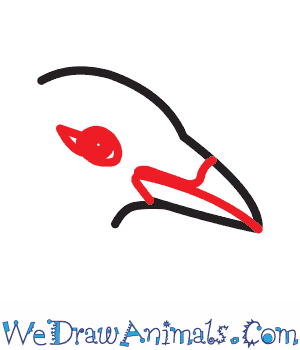 Step 2: Next, draw the face using three lines for the beak and a tear-drop shape for the eye. 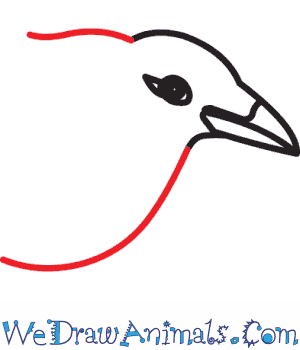 Step 3: Then, draw the body. Make a short curve for the crow's back that connects to its head. For the crow's chest, draw a deep curve connected to the bottom of the bird's beak. 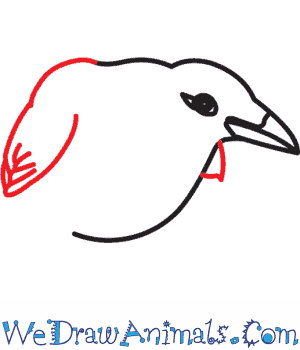 Step 4: Now make the wings. For the back wing, draw part of a triangle sticking out from the curve of the crow's chest. For the wing that you can see, draw an arch that bends down into a point for the tip of the wing. Add lines to the tip to show that the wing is made of feathers. 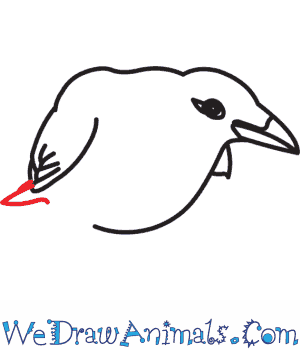 Step 5: The final step in making your own Carrion crow is to draw its two legs. The upper part of the legs should be much wider than their lower parts. Give your crow pointed feet so that it can easily snatch its prey.

Interesting Facts about the Carrion Crow

The carrion crow is native to western Europe and eastern Asia. It is entirely black with a green and blue gloss. This bird has a wingspan from 84 to 100 centimeters and can grow to a length from 44 to 51 centimeters. The carrion crow eats eggs, insects, small vertebrates, carcasses, vegetables, and grain. They also bury food for consumption later. 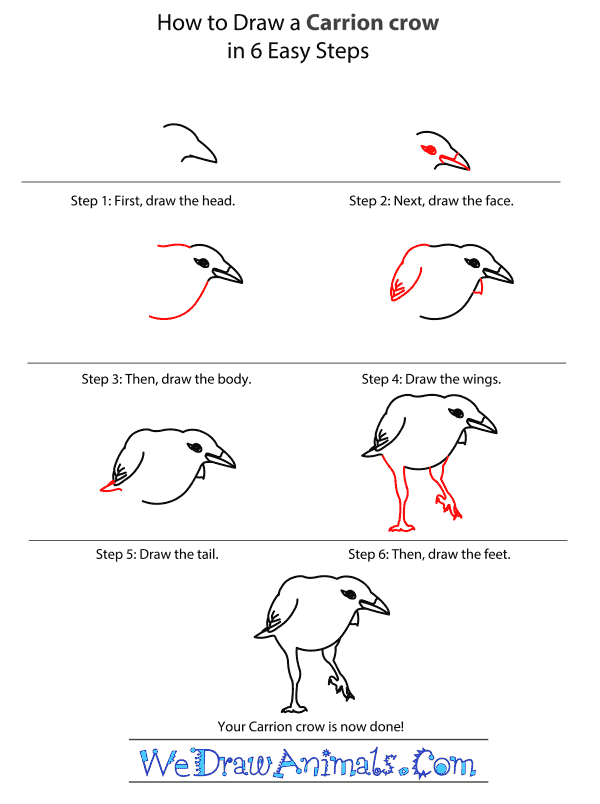 How to Draw a Carrion Crow – Step-by-Step Tutorial

Previous post: How to Draw a Caribbean Reef Shark